A FALSE BREAKOUT OR A GENUINE RALLY? Alasdair Macleod’s Take on Gold’s Price Action and Fundamentals

An exciting new year for precious metals investors has already seen gold breaking above its 200-day moving average and charging towards the key $1,300 resistance level. Yet, how are investors to know whether the recent precious metals rally is for real, and not just another false breakout?

Since we are fortunate enough to have access to the best experts in the business, Portfolio Wealth Global was able to sit down and talk about precious metals with Alasdair Macleod, the Head of Research at GoldMoney, which you can access online at GoldMoney.com.

Alasdair has been a celebrated stockbroker and member of the London Stock Exchange for over four decades. His experience encompasses equity and bond markets, fund management, corporate finance, and investment strategy.

Having started his financial career as a broker in the 1970, Mr. Macleod learned about everything from corporate finance to evaluating and dealing in equities and bonds, and quickly gained experience in mining shares as well as general economics. Within nine years, Alasdair Macleod had risen to become senior partner of his firm; subsequently, he held positions at director level in investment management, and worked as a mutual fund manager. In addition, Mr. Macleod has also worked at a bank in Guernsey as an executive director.

For most of his 40 years in the finance industry, Alasdair Macleod has been demystifying macroeconomic events for his investing clients. The accumulation of this experience has convinced him that unsound monetary policies are the most destructive weapon governments use against the common man.

Accordingly, his mission is to educate and inform the public in layman’s terms what governments do with money and how to protect themselves from the consequences. Now, with GoldMoney, Alasdair Macleod is able to help investors worldwide achieve wealth through sound and time-tested financial principles.

Upon witnessing what appears to be a major breakout in precious metals, Portfolio Wealth Global asked Mr. Macleod how to gauge whether we are, in fact, seeing the start of a true bull market in gold. According to Alasdair Macleod, the first thing to know is that in terms of seasonality, the gold rally started earlier than usual.

As Alasdair explains it, for the last five years, gold has rallied from December through the early months of the following year – and it has done so quite strongly and consistently. This time around, though, the rally in gold commenced ahead of schedule.

The second thing to notice, according to Alasdair Macleod, is that gold is indeed breaking above its 200-day moving average, and it’s doing this with strong momentum. We observe that gold is moving up from a very oversold position on the futures market, which Mr. Macleod considers to be an extremely bullish sign. 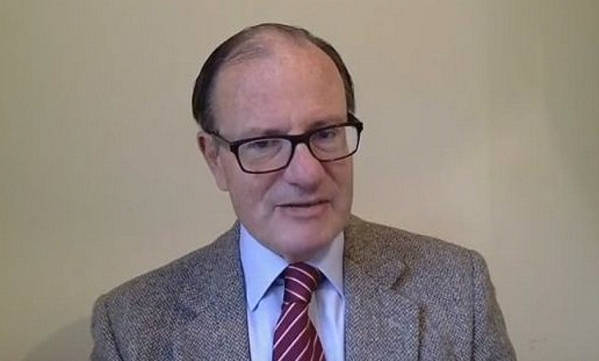 However, gold might need some consolidation after such a good run, according to Alasdair Macleod. But we’re beginning to see if the 55-day moving average is moving up to make a golden cross with (i.e., breaking above) the 200-day moving average, which is likely to happen in the near future.

So, from a technical point of view, there’s the potential for a real and sustained rally in gold. On a fundamental level, there are tailwinds as well: during this time of year, there is always a strong demand for physical gold in China and India – two countries with a massive population of around two and a half billion people, according to Alasdair Macleod.

Furthermore, according to Alasdair Macleod, we can observe that a number of eastern European countries like Hungary and Poland have been accumulating physical gold; Russia and China have been adding to their gold reserves as well.

And so, both the price action and the fundamentals point to a bona fide bull market in gold. To see what else Alasdair Macleod has to say about the precious metals and other financial markets, be sure to watch his full interview with Portfolio Wealth Global. I would also like to encourage you to visit GoldMoney.com, the most trusted name in precious metals.

With your financial future in mind, Portfolio Wealth Global is proud to bring you the absolute best economic reports available today, including our guidebook to the massive gold bull market that’s coming in the near future, our play-by-play guide on how to shelter your portfolio from the impending collapse in the bond markets, along with our comprehensive Gold Market Manual with 11 different strategies for managing your portfolio during the coming economic downturn.