The rate of change in public policy surrounding cannabis has accelerated at an astonishing pace over the last few years and even in recent weeks and months. Making money in legalized marijuana has never been easier if you have access to the best research and if you know how to find the right company.

Portfolio Wealth Global specializes in picking the winners – which we’ve done many times and will continue to do – and our next big winner will be in the expanding legalized marijuana market.

Yes, there was a time not too long ago when world governments made it illegal for investors and businesses to participate in the highly lucrative cannabis trade. But that’s all changing as people change their attitudes towards the plant and its healing potential, and as politicians and governments ease their stances on marijuana policy.

Think about this: it wasn’t very long ago that no states in the U.S. would even consider full legalization of cannabis for medical and adult recreational uses. The tide is changing now, however; it’s a sea change that has plenty of support and is capturing the hearts and minds of the voting public. The U.S. legalization map looks a whole lot different than it did in years past, as we can see below: 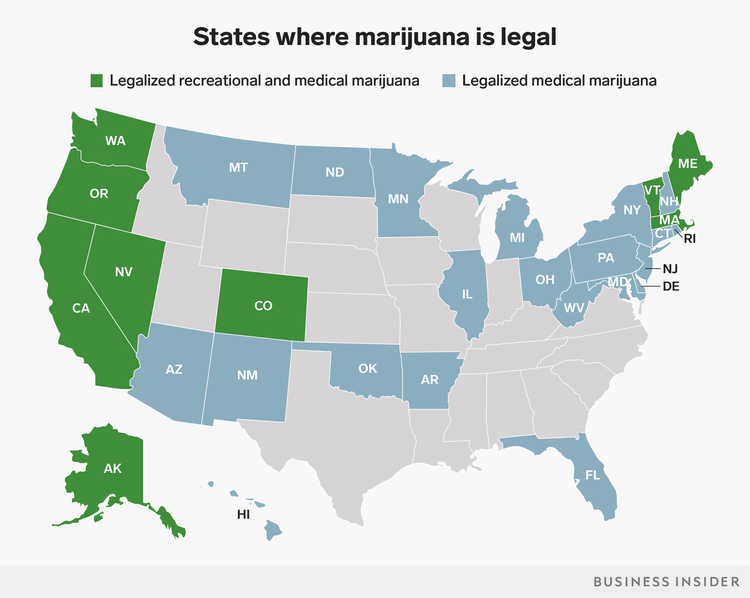 It’s incredible but true: medical marijuana use is legal in 30 states, and recreational adult use of marijuana is legal in 9 states and Washington, D.C. The times are changing and people are thinking differently about cannabis in this day and age: a Gallup poll in 2017 stated that 64% of Americans are in favor of marijuana legalization. The nation has gone from marijuana prohibition, which began 80 years ago, to an accelerated path towards full legalization.

Along the path to full legalization, plenty of money is being made by businesses and investors. Legal cannabis sales in North America reached an incredible $9.7 billion in 2017, representing a full 33% increase over North American sales in 2016. At the current trajectory, the legalized cannabis market is projected to reach $24.5 billion in sales by 2021, signifying a 28% CAGR (compound annual growth rate) – a figure you won’t find in other commodities markets.

Portfolio Wealth Global’s expert researchers have formed a team dedicated to locating the best company in the industry so that investors can maximize their profit potential during the legalized cannabis boom.

Months of due diligence and sifting through facts and statistics have finally paid off, as we have identified the perfect investment in the legalized cannabis niche: C21 Investments Inc. (CSE: CXXI). 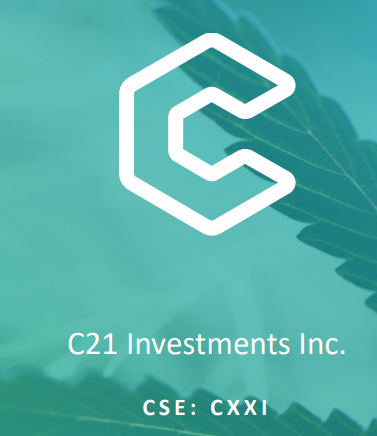 This company has all of the ingredients for success in the explosive legal marijuana market. With its headquarters in Vancouver, C21 Investments Inc. is a vertically integrated cannabis corporation that cultivates, processes, manufactures, and distributes quality cannabis and hemp-derived consumer products with branding recognition in the United States and internationally.

I’ve had my eye on this company for a while, and I know I’ll regret it if I don’t tell you about the huge opportunity in CXXI stock today.

Let’s start with the revenue projections: an 86% projected increase in C21’s revenues in 2018 and 2019. This revenue increase is staggering when we convert it to dollars:

$80 million to $100 million in 2019 projected revenues is a sure winner for investors who take a long position today. This is the result of the hard work and dedication of C21 President, CEO, and Director Robert Cheney, who has assembled a top team of experts with literally decades of experience; this team has a successful track record in horticulture cultivation, manufacturing, biochemistry, marketing, operations, capital markets, securities law, and financial engineering.

The sea change is happening right now, and this company is leading the industry. From cultivation to processing, to marketing and branding, to retail and distribution, C21 Investments Inc. and CXXI stock are the perfect vehicle for legalized cannabis profits in 2018. 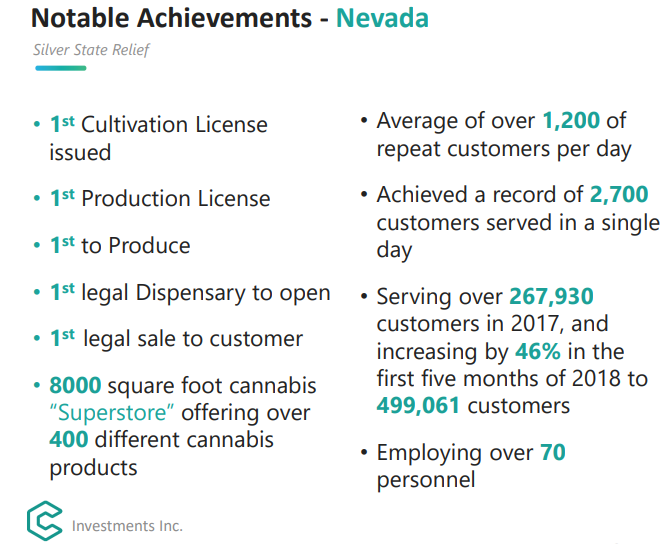 Legal Notice: The ideas, projections and views expressed are those of PortfolioWealthGlobal.com and are not ideas, views or recommendations of C21 or any of its officers or directors. Any forward looking statements are based on our assumptions, projections, beliefs and expectations, however, there is no guarantee that these statements will prove to be correct and are subject to risks and uncertainties. This work refers to joint ventures or investments that C21 is a party to. Some of the joint ventures may be subject to further negotiation or documentation. Never base any decision off of our emails. CrushTheStreet.com stock profiles are intended to be stock ideas, NOT recommendations. The ideas we present are high risk and you can lose your entire investment, we are not stock pickers, market timers, investment advisers, and you should not base any investment decision off our website, emails, videos, or anything we publish. Please do your own research before investing. It is crucial that you at least look at current public filings and read the latest press releases. Information contained in this profile was extracted from current documents filed with the public, the company web site and other publicly available sources deemed reliable. Never base any investment decision from information contained in our website or emails or any or our publications. Our report is not intended to be, nor should it be construed as an offer to buy or sell, or a solicitation of an offer to buy or sell securities, or as a recommendation to purchase anything. This publication may provide the addresses or contain hyperlinks to websites; we disclaim any responsibility for the content of any such other websites. We were paid three hundred thousand and one million eight hundred thousand RSU’s, we also participated in a private placement for two hundred thousand shares that are currently restricted to the four month financing hold. Please use our site as a place to get ideas. Enjoy our videos and news analysis, but never make an investment decision off of anything we say. Please read our full disclaimer at www.PortfolioWealthGlobal.com/disclaimer