Bitcoin is trading over $10,000/coin again. In fact, the top ten altcoins are all moving up, in tandem.

The bulls are in control, but they’re not the same ones you remember from 2017. These are not teenagers mining Bitcoins on their personal computers, nor are these millennials speculating with their rent money.

This time around, Wall Street is becoming interested and I believe 2020 will be a direct CONTINUATION of 2019; we could see Bitcoin trading above its previous all-time highs.

I want to make you see what I see, or at least give you the opportunity to research what I’ve determined to be an incredible revolution.

I was recently in Israel, sitting in the office of a U.S.-based real estate fund for accredited investors. For an hour, two of the managing partners were showing me how their fund would generate 8%/annum, by investing in the safest projects available to high net-worth individuals and to institutional investors.

The meeting took place on the 31st floor of a building in downtown Tel Aviv, with views of the entire city.

Tel Aviv was established by 30 Jewish families in 1908, who grew tired of the constant friction between themselves and the Arab community they shared Jaffa with.

They moved two miles north, to an area that was covered with sand dunes and incorporated Tel Aviv, which was the first Hebrew-speaking city in the world.

In 1948, Israel won its independence after a long and turbulent half-century, which included Ottoman and British rule, the holocaust in Europe and the War of Independence against neighboring countries.

The population in general was extremely poor, and so was the price of land. Tel Aviv was dirt-cheap, literally.

Today, beachfront apartments in Tel Aviv’s best areas cost 50% more than in New York’s most luxurious areas. In fact, Tel Aviv is one of the world’s most expensive real estate metropolitans.

The difference between today and 20 years ago is ASTONISHING. It is the same with a dried swamp called Singapore. Today, it is one of the world’s best economies – yet a century ago, it was a wet marshland.

Blockchain technology is in its infancy. By 2040, it will be as important as the internet is today.

You can’t own the World Wide Web; no one can. You can, however, own an integral piece of the blockchain. 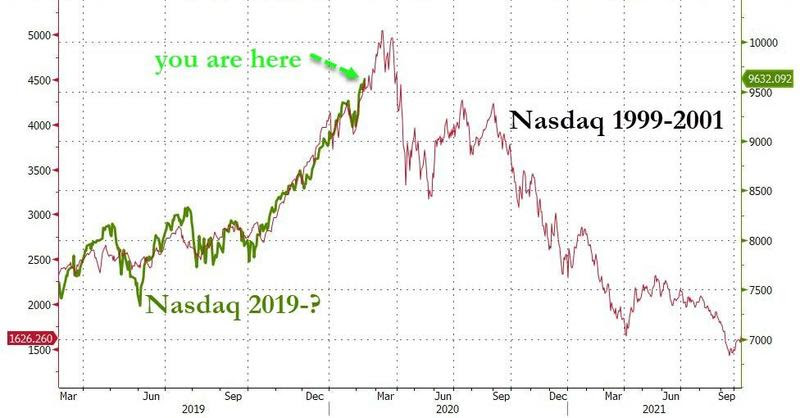 Lastly, I want to show you the striking comparison in analog form, between the Dot.Com bubble and today’s NASDAQ rally.

It looks quite ominous, but I want you to consider that today’s NASDAQ composite is comprised of companies that aren’t just selling dreams; they are household names, extremely profitable and well-managed.

My point is that you don’t have to get scared out of the markets every time you read about elevated valuations.

The U.S. has a lot of stored-up potential. For example, one in seven adults in America reads at a 4th grade level. 80% of young juveniles can’t read and 66% of the prison population can hardly read.

Diverting government resources into educating these vast portions of the population could be a key part of making sure the debt grows SLOWER than GDP does.

Many of the campaign promises that the democrats are making are surely tempting to the average person; free healthcare, free college and free housing are music to the ears, but they WON’T go past the Ways and Means Committee.

No matter what’s happening in your life, be sure to put things in perspective and to KEEP PUSHING: 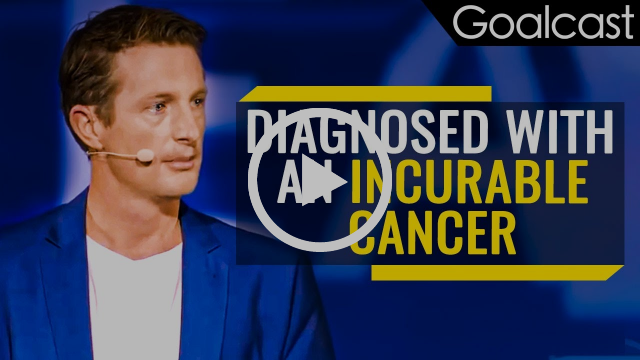