The government shutdown is nearing the longest one on record. President Trump will give a speech on the matter tonight. American politics is not letting up. Division between parties reaches an extreme. 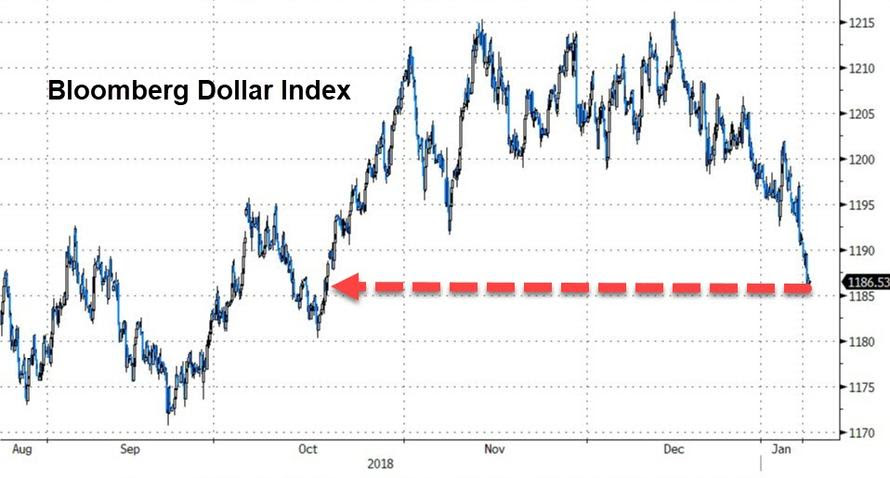 The Dollar index, therefore, is dropping to a 3-month low, and silver bears are being forced out of their short positions, which could send prices much higher, immediately.

Portfolio Wealth Global doesn’t think this is part of a small correction for the dollar, but the first stages of a multi-year bear market, as the U.S. economy slows down and even enters a mini-recession.

The most astonishing change from recent years is that while central banks are tightening, China has become a credit consumer, same as the U.S., which is a game-changer of the highest degree.

In other words, the two largest powerhouses of the world, combining for nearly 50% of global GDP, now both grow, using credit.

China has enjoyed a surplus for years, facilitating loans to other governments, as well as domestically, but its rise in wealth has caused lower savings rates. Now, it has, officially, become a consumer economy more than a savings nation.

That’s a critical shift in global credit requirements because it means that China can’t keep funding the U.S. with Treasury debt; it can’t AFFORD to. It also means the debt bubble is about to go ballistic.

The Chinese debt levels are too high to continue on this path. Fiat currencies are in a race to the bottom, and you’ll be hearing a lot about the Chinese shift into credit deficits.

With gold moving above its 200-DMA just a few days ago, precious metals are gathering steam for their next move.

Silver One Resources (TSX-V: SVE & US: SLVRF) enjoyed a 19%, one-day bounce yesterday, which could be the starting gun for more to come.

Greg Crowe, the company’s CEO, carved-out a few minutes to discuss the global silver deficit and the Federal Reserve’s chickening-out on additional rate hikes in a special interview we recorded just now. 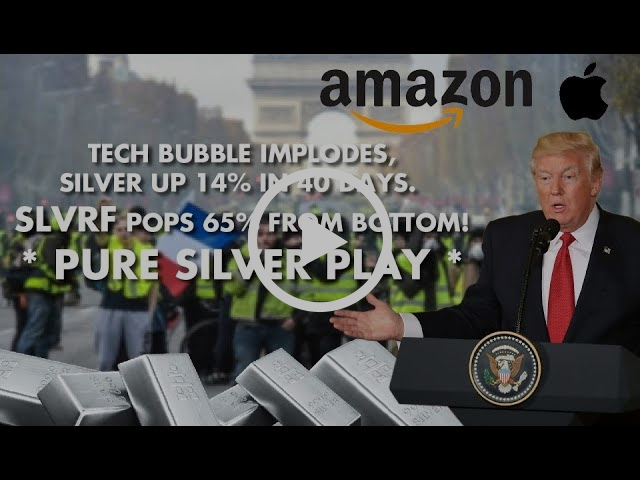 This work is based on SEC filings, current events, interviews, corporate press releases and what we’ve learned as financial journalists. It may contain errors and you shouldn’t make any investment decision based solely on what you read here. It’s your money and your responsibility. Wallace Hill Partners LTD, a Canadian company, which is owned by the same parties as portfolio wealth global llc, has been compensated fifty thousand dollars, directly by the company for a sixty-day marketing campaign. The information herein is not intended to be personal legal or investment advice and may not be appropriate or applicable for all readers. If personal advice is needed, the services of a qualified legal, investment or tax professional should be sought.