BUNCH OF ROOKIE FOOLS: Rally Exhausted – LOOK OUT BELOW!

If anyone tells you that this bull market in stocks is about the great fundamentals, email him the chart below. You cannot fight the power of central banks, adding liquidity to markets, so long as inflation isn’t a problem, in generating above average returns.

The Federal Reserve, along with some 100+ other central banks around the world, are all cutting rates this year and the results are RECORD stock prices, RECORD liquidity, RECORD debts and EUPHORIA.

Look at the painfully obvious correlation between balance sheets of central banks and the stock market: 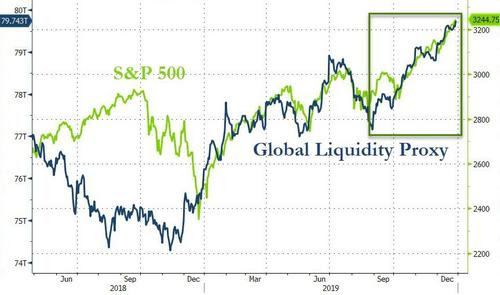 As you know, investors haven’t been investing in stocks all year. Instead, they have been pulling money out of the indices and putting it in bonds, but that looks to be flipping by 180 degrees.

The greed levels are up to the stratosphere and it stinks to high heaven, but they’re going to get what’s coming to them – January could be one to remember.

It reminds me of January 2018, when things got parabolic and bizarre the last time around, right before a 10%+ correction.

The reason I FEEL this boom is different than previous ones is because the domestic economy in the U.S. looks to me like it can’t find ways to be more productive than it is at the moment; we have reached a sort of peak capacity scenario.

The way we understand the jobs market, wages are getting to that inflection point, where employers can’t pay any more without hurting bottom lines. 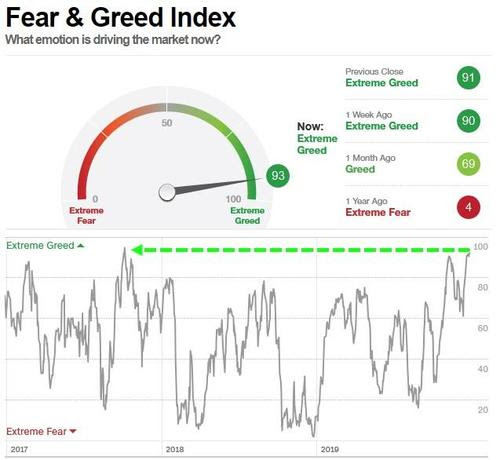 This time, buying the dip might not be a guaranteed victory and even if it is, the risks are huge; we are in a BUBBLE phase, as the chart is pointing to, where stocks are going up mostly because of unrealistic expectations.

In the chart below, you can see that investors are gambling that PMI data will recover (as it has in previous times) during this cycle.

Out of the blue, everyone is excited and not worried about macro events or inflated valuations.
Maybe we rally 20% or 30% from here, but I’m going to leave that alone.

I’d rather hold what I got and watch from the sidelines; the greater fool theory isn’t for me.

Look how Smart Money is certain that it knows how the economy will behave in the months ahead: 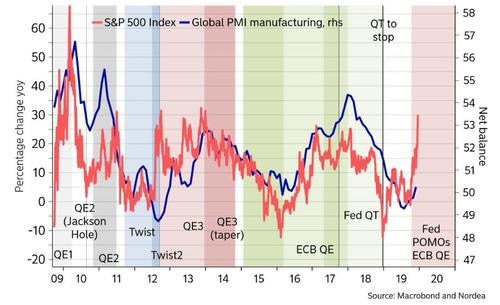 Courtesy: Zerohedge.com
2019 saw the biggest stimulus packages since 2008, so I’m just not sure that 2020 can deliver on the promise of continued gains.

What I do know is that cash is disappearing and turning into stocks, so the demand for dollars as a safe haven for the coming recession is waning. 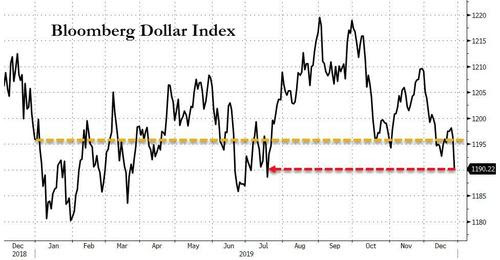 Trump has been a marvelous president for the rich, WHICH is the reason I believe he will win again – money people like him.

The stock market, real estate industry and the business moguls see him as a pro-enterprise president and the facts speak for themselves. 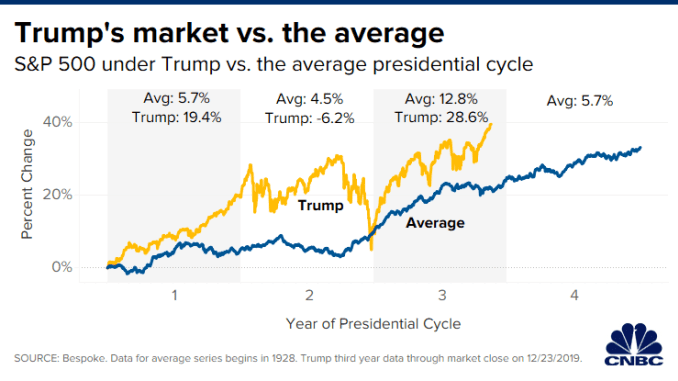 So, when it comes to which precious metal could surprise to the upside in 2020, the answer is the one most closely correlated with oil prices: silver.

At $1,500/ounce and a projected 70:1 ratio, its price should be over $21/ounce and Portfolio Wealth Global believes that could happen this upcoming January – March period.

We’re not the only bulls in the room… 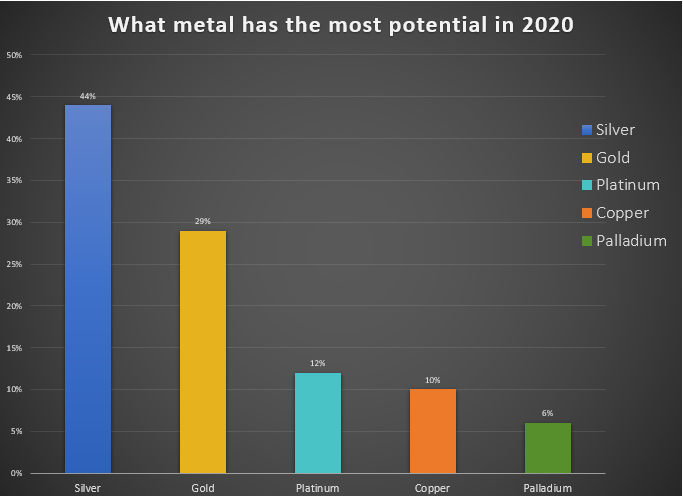