Cannabis Legalization: The Dam Has Burst

[vc_row][vc_column][vc_empty_space height=”20px”][vc_column_text]Over 60% of the population in the United States lives in a state that has legalized marijuana sales in some form or another. The importance of marijuana legalization is being accepted nationwide, and the cannabis industry has an immense potential for future growth.

[/vc_column_text][vc_column_text]The Drug Policy Alliance (DPA) is in strong favor of regulating marijuana the way alcohol and tobacco are dealt with in the United States. In the long run, the DPA believes that with marijuana legalization, the use of firearms between young adult and another would be drastically reduced.

The dam has burst on the marijuana sector, and Portfolio Wealth Global sees this as 2017’s most prolific opportunity for 1,000% gains.

This comes down to taking the time to figure out who the entrepreneurs are and who have the skills to put their company at the leading position and possess a true competitive advantage.

The state and local governments would also increase their overall tax revenue through various sources of regulating marijuana sales.

Legal marijuana sales will create an open market for one of the largest crops being grown in America. With people coming forward to operate in the genuine and legal economy over the illicit market, the new laws will create jobs, while cutting down on the unemployment rate in states that legalize marijuana.

As much as 20% to 30% of drug exports from Mexico’s drug cartels would be cut down, and violent acts, such as kidnapping, would severely decrease in the coming years due to marijuana legalization.

[/vc_column_text][vc_column_text]With Donald Trump being elected to the presidency, four out of five states showed strong support in favor of medical marijuana on the ballots in the election year. The industry has also benefited from the impetus experienced by the biotech industry as a whole, right after the election results came out on the Nov. 8th, 2016.

Over 20% of cannabis companies have delayed their growth plans solely based on the election results.

The Trump presidency has shined an optimistic light with many marijuana industry executives and high-level investors. Trump is pro-business, and he is not a hardcore conservative who has the irrational belief that marijuana is evil.[/vc_column_text][vc_column_text css=”.vc_custom_1485714667112{margin-bottom: 15px !important;}”]The chart below shows how various groups voted in favor of recreational and medical marijuana.[/vc_column_text][vc_single_image image=”14049″ img_size=”large” alignment=”center”][vc_column_text]

[/vc_column_text][vc_column_text]The Trump administration will increase the legal marijuana market’s prospects; it’s all but guaranteed now, and the marijuana industry will chart huge growth in the coming years.

Post-legalization in Colorado, over 18,000 jobs were created within the marijuana industry, showing a $2.4 billion increase in profits generated, as per the Marijuana Policy Group.

Over $121 million was brought into state coffers, solely by marijuana taxes. The state sees a rise of $150 million in taxes by the year 2020. This money will now go into genuine businesses.

With more marijuana products entering the market, consumers will be better informed, and nationwide marijuana legalization across the United States will be a reality, opening the prospects of a second surge in marijuana start-up valuations and stock prices.[/vc_column_text][/vc_column][/vc_row] 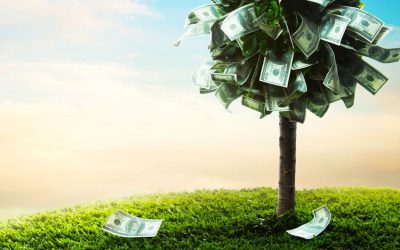