There are a number of converging elements in the global economy that we must be conscious of and alert to right now. First of all, the markets are trading at all-time highs and this economic expansion is now, officially, the longest in U.S. history.

But, I cannot fathom how this can continue for much longer, since out of over 110 companies in the S&P 500 index, over 85 of them just issued NEGATIVE earnings-per-share guidance for the 2nd quarter.

Not only that, but JPMorgan’s Global Manufacturing PMI crashed to the lowest level since 2012 and contracted for the 2nd print in a row.

Stocks are now rising in price, despite all logic and rationale. In my house, when anyone follows pure greed instead of fundamentals to make investment decisions, that’s considered bubble thinking. 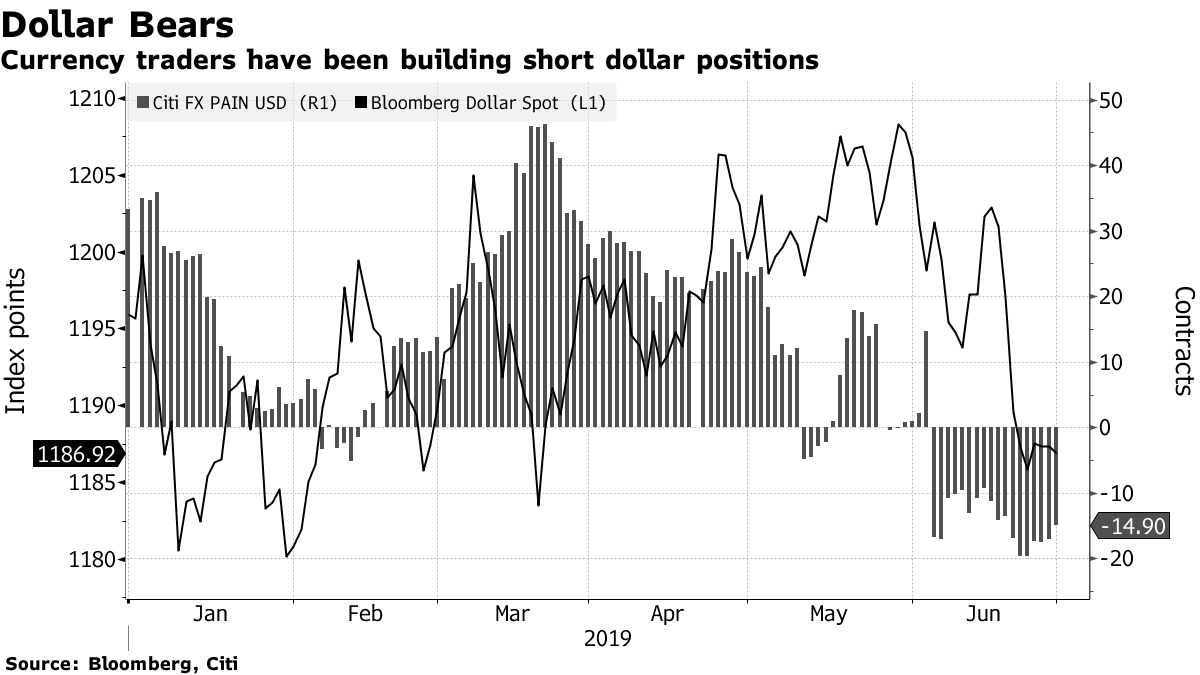 Currency traders are anticipating that President Trump, who is officially running for office again, will continue to use the stock market as his tool of choice. This is, without a doubt, his biggest talking point.

Therefore, investors are betting that the fear-mongering characteristic of his first two years in office (when no one knew what his next move would be), and the first half of this year (which saw a full month of federal government shutdown) will disappear. It will then be replaced by a more flexible Trump – a man of compromise – for the sake of winning the 2020 race.

People have been hoarding dollars for 18 months; it’s true. Personally, my cash position is the largest it’s been in the past decade.

On the one hand, stocks were getting more and more expensive. On the other hand, Trump was unpredictable. So, investors wanted and still want confirmation that the coast is clear.

That has been driving the increased demand for dollars, both in 2018 and this year. If that’s dissipating, with a more refined Trump in place, one that is looking to appeal to a greater number of voters, the dollar will spiral into bear territory very quickly. I mean, it’s having trouble piercing above its 200-DMA as we speak.

The battle for gold in the past 36 hours has been one of epic proportions; it has been going up in spite of the dollar strength for months, but it had smashed down like a failed NASA mission (from $1,436 to $1,385) because the G-20 has given markets a large dose of hope for the prospect of truce.

Gold is now fighting to hang on to its support level of $1,380, but if it crashes below that, it will confirm that the cartel has won once again.

The problem that the U.S. is facing internally, as we head into a brutal election cycle, is that this prosperity in the markets serves mostly the Baby Boomer portion of the general population. Of all American generations, they’re the most heavily reliant on the markets.

The Millennials are really beginning to express their discontent with the America that the Boomers have left their children and grandchildren.

Expect this topic to become a real issue in this election and anticipate that one day, very soon, the Millennials will claim that QE1, 2, and 3 were geared to help the Boomers – and demand a QE program of their own.

We’re entering a phase of class warfare: a feud between the retiring wealthy Boomers and the young, indebted, and broke Millennials.