China wants to be the big dog; if you doubt that, spend an hour understanding the life of Xi Jinping, President of the People’s Republic of China.

His father was instrumental in the Chinese regime, before the Cultural Revolution. Next thing you know, his father was the enemy of the new dictator and Xi Jinping was sent, like most teenagers, as part of the re-education of the youth, to the rice fields and the rural areas to appreciate “Real China.”

Xi Jinping got connected with the commoners, and has paid a great price to get back to politics and rise up the ranks after the death of Mao Zedong.

Taiwan is a big deal for the Chinese, and one day it will be the site of a real battle of the titans.

Xi Jinping is getting ready to ask America to kneel to China, and with their hypersonic missiles and nuclear preparedness, they are now at a point that to attack them would be suicidal.

Their frontlines of the war, though, are already in place, because China is waging a debt war with the U.S., dumping record amounts.

China dumped over $21 billion of Treasuries in August, cutting its overall holdings to their lowest since August 2010. 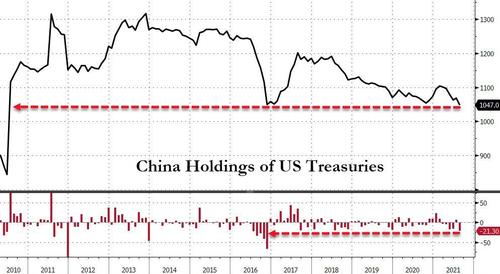 China is signaling to other nations that if they want to please it, they should follow suit.

Meanwhile, some of the best catalysts that analysts are seeing for further acceleration of the markets are the amount of excess savings.

Americans have more cash than ever before!

This is especially true for Americans with retirement accounts; in other words, the wealth disparity has never been greater.

My issue is that I think there’s just too much pessimism towards bonds; everybody knows rates are headed up, so everybody’s selling in advance.

It seems like bonds are becoming more and more of a sure loss; furthermore, it seems that it is becoming a market in which too many pension funds are holding money; retirees will not be happy in a few years’ time with their investment managers! 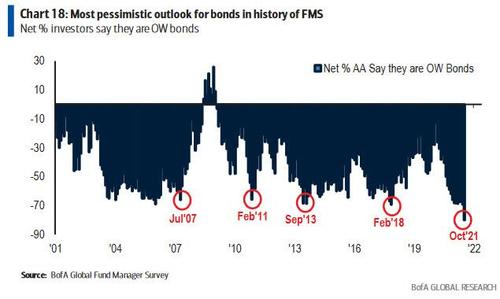 Contrary to what others are saying about a weak consumer, what I believe we are seeing is a frugal consumer!

Everywhere, people are complaining about awful buying conditions and they’re right, so they’re delaying purchases as much as they can.

I think that, as we open up the restrictions more and more, you’ll see celebratory buying sprees; it’s like going through a war and after the battle is won, the winners splurge. 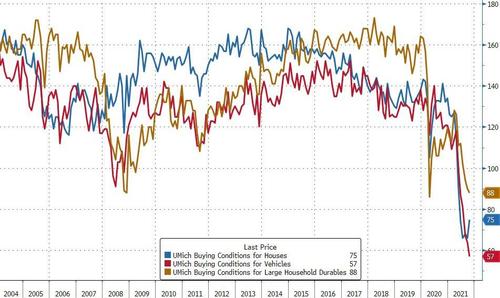 Many of our Watch Lists’ stocks are hitting new all-time highs, as well as top cryptocurrencies!