In 2019, every 3-4 days, one central bank somewhere around this spinning planet was cutting interest rates on its government bonds. Investors genuinely realized this passing year that the Federal Reserve was too early to tighten and is now too late to ease.

The result: the dollar is going to start its cyclical bear market.

Take a look at the formation of a technical pattern, which precedes large downward spirals. 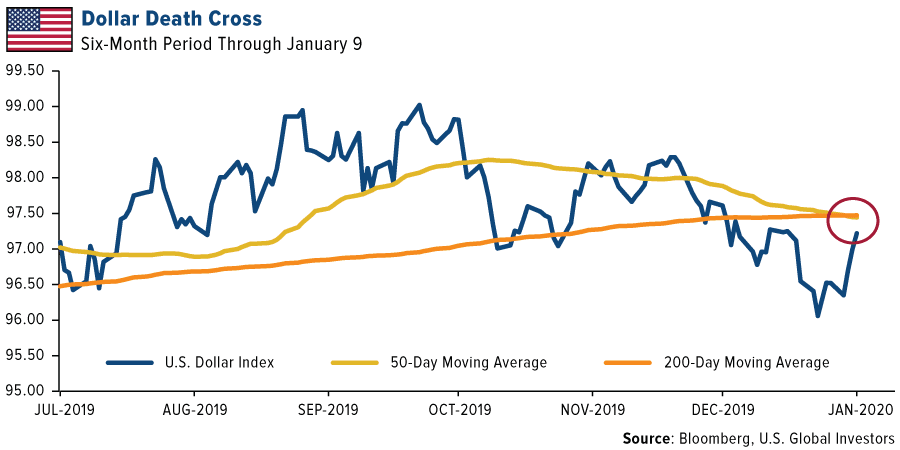 When a central bank is igniting a liquidity rush, there’s more leverage in the system. The more debt-infused currency circulating, the less effective it becomes later, when a crisis demands intervention.

This is Portfolio Wealth Global’s main argument. We live in a central-bank-run economy, but investors factor this into their decisions, so they are not prepared for central banks to become ineffective.

What they’ve never had to grapple with is a world in which the FED injects funds, buys bonds or does some form of stimulus, and then NOTHING occurs.

Right now, by all accounts, the economy is doing well. We have 3.5% unemployment rate in the world’s largest economy. We see wages going up. The consumer feels comfortable. Had a central banker looked at this with fresh eyes, the reasoning behind cutting rates three times in 2019 would not be easily rationalized.

Look at what the FED has done in Q4 2019 – it pumped $3B every day into the financial markets.

After all of this, its balance sheet is set to shrink for the first time in months. Therefore, be on the lookout for a near-term pullback in stocks.

The reason is that 2020 is set to be another great year for stocks: 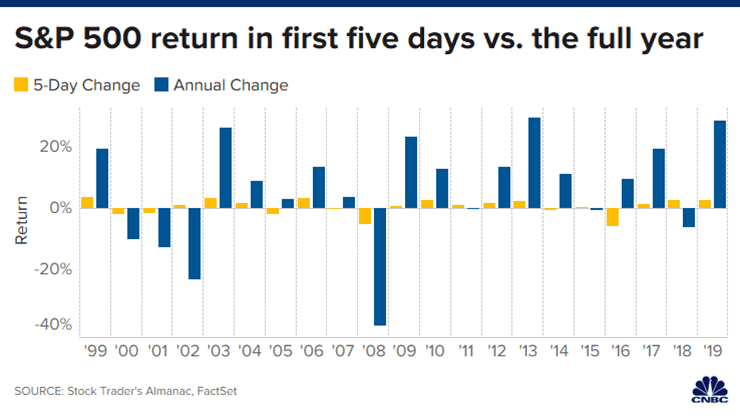 January’s predictive ability is uncanny. Even with the WW3 scare, this year kicked off with a rally.

This means that we’re likely to see a positive year for stocks, in real terms.

It’s simple, really. Investing is about RELATIVE returns. The S&P 500’s dividend yield is higher than the coupon on the 10-yr Treasury bond.

When that happens, investors have historically preferred stocks over bonds. 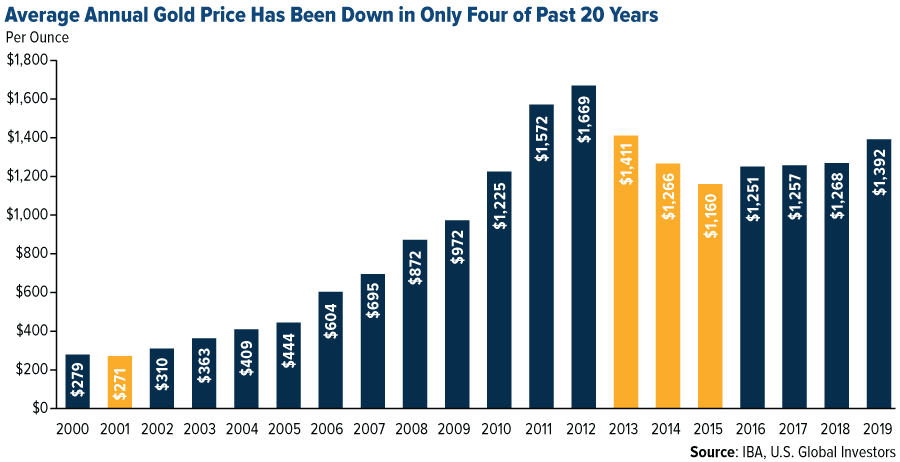 Gold, which has gone up on all but four calendar years this century, is likely to continue its ascent.

The most obvious reason is that central banks are buying boatloads of it!

In my years of tracking the gold market, I’ve seen many shocking trading themes. I don’t expect 2020 to be such a year. It should rise in price and it will. China and the U.S. have de-escalated, Trump has (most likely) avoided impeachment and the dollar is looking bearish.