Coca-Cola, CBD’s, and the Farm Bill: The Stars Are Aligning for Your NEXT BREAKOUT STOCK!

“Buy the rumor” is a time-tested adage in the stock market, and it’s a perfect formula for strong returns if you get into the right company. And I’ve been hearing rumors about a company that’s a perfect investment target for beverage giant Coca-Cola; the buzz is getting louder and the breakout is imminent. Plus, there are several catalysts creating just the right conditions for Coca-Cola, PepsiCo, or another firm to make a move very soon.

Portfolio Wealth Global spoke recently with a gentleman who happens to work day in and day out in the beverages industry: Mr. Chris Miller, CEO and Founder of KOIOS Beverage Corp. (CSE:KBEV, OTC:KBEVF), which you can visit at MentalTitan.com. Chris is also an authority in the CBD (cannabidiol) market, which has been growing exponentially and has caught the eye of Coca-Cola as a likely target for massive capital infusion.

Unlike THC, which is more heavily regulated, CBD is the non-psychoactive chemical found in marijuana plants and can more easily be bought and sold; for example, there are third-party sellers offering CBD-based products on Amazon right now. CBD does not produce a high for the user, so it is more family-friendly and it has been used for medical purposes, including easing inflammation, pain, and nausea.

Big beverage firms have expressed strong interest in CBD’s in 2018. First, Constellation Brands, the maker of Corona beer, announced last month that it is investing an additional $4 billion in a Canadian cannabis company. Then, Coca-Cola announced its own interest in a particular Canadian cannabis company to possibly include CBD in some of their drinks. 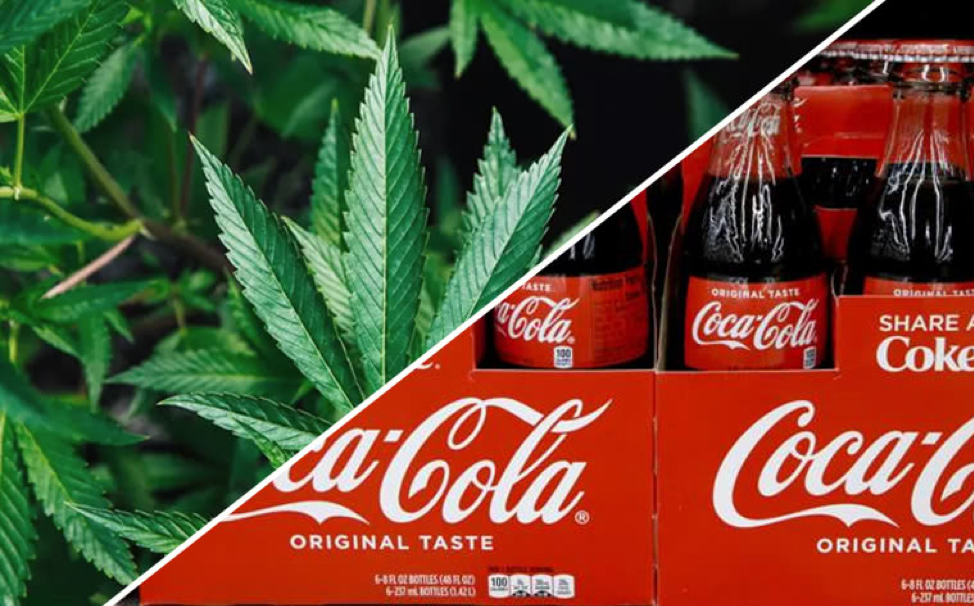 The result: the targeted CBD companies received a huge boost and shareholders enjoyed big-time profits. What company will be the next “buy the rumor” moneymaker? Portfolio Wealth Global is prepared to take a long position in a company that’s likely to be next in line for a capital infusion from a company like Constellation Brands or Coca-Cola.

Plus, there’s another catalyst: The 2018 Farm Bill, an $860 billion agricultural spending bill that is currently working its way towards becoming the law of the land. If the Farm Bill passes – which is almost 100% certain at this point – it will remove hemp (from which CBD is derived) as a controlled substance, thus making it fully legal under federal law.

This is huge, and it’s still in the “buy the rumor” phase, meaning that investors should take their positions before the catalyst happens in order to generate maximum profits. We know that a company like KOIOS Beverage Corp. is ideally positioned to capitalize on this, so we asked Chris Miller for his thoughts on these latest developments in the CBD space.

As Mr. Miller explains it, a company like Coca-Cola could give KOIOS Beverage Corp. an option to pick up a portion of the company and then give them distribution. According to Chris Miller, that’s exactly what happened with Bai Brands, a small beverage company that was bought by Dr. Pepper for $1.7 billion. 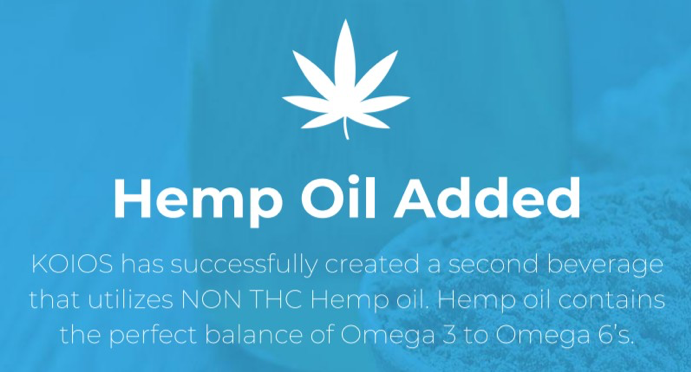 What gives KOIOS the early-mover advantage among beverage companies, according to Chris Miller, is their line of healthy drinks that are infused with non-THC hemp oil. These all-natural, CBD-rich beverages contain a proprietary blend that balances Omega 3’s and Omega 6’s, and can boost mental clarity, energy, memory, and concentration without the use of chemicals, medications, caffeine, or sugar.

According to Chris Miller, this enables KOIOS to be both hands-on and hands-off with cannabis: his company is not actually producing the cannabis product, and they never actually “touch the plant.” Yet, KOIOS is able to offer cannabis-infused beverages, and they are able to do this without being exposed to any risk in the market.

It’s a win-win for the company and the consumers, as well as for the investors. Plus, with the Farm Bill ready to become law and big beverage companies scrambling to get into the CBD-infused beverage space, KOIOS Beverage Corp. and shares of KBEV/KBEVF are ready to make a stunning move in the markets.

Don’t miss Portfolio Wealth Global’s full interview with Chris Miller, which includes an in-depth analysis of this nutritional beverage company that’s innovating in the CBD space. Plus, you can go here to access our highly informative report on how you can capitalize on the CBD and performance-beverage markets in 2018.