By now, it ought to be clear that western governments aren’t ISSUING DEBT with the intention of paying it back. They’re stalling, buying time, waiting it out and anticipating the Chinese to disrupt the currency structure on the global scene, putting themselves and the citizens they serve on a collision course with a MONSTER TRUCK, metaphorically speaking.

It’s tragic, corrupt and disingenuous, but it’s all we’ve got.

As an individual, you can hedge this collective mind-numbing spell that the western world has been hypnotized with. 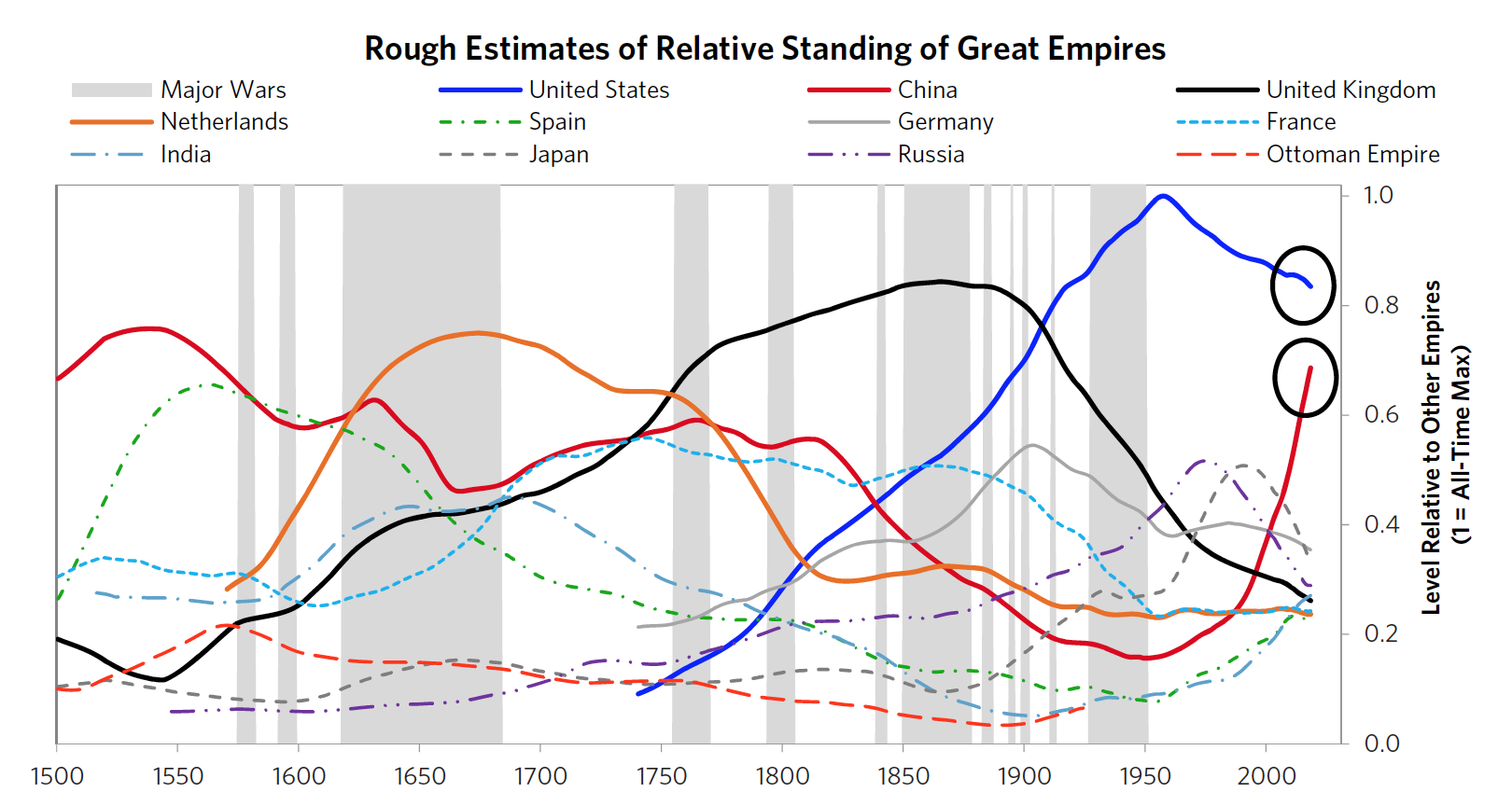 As an American, do you realize that the RED LINE meeting your BLUE ONE symbolizes the day you’re no longer the bulldog, but will turn into a Chihuahua?

Go back more than 500 years and you’ll find that China was the BIG KAHUNA in the 1,500s, but Spain came along, challenged it, was then outpaced by the Dutch, who were overtaken by the British, later overthrown by The United States. BUT – the RED DRAGON is staging the most prolific currency comeback in modern history.

China, except for the past 100 years, has NEVER BEEN poor.

Its comeback is a natural thing; for thousands of years, perhaps even more, the Chinese people have been rich and powerful.

It’s a reality to embrace, adapt to and internalize, not to FUTILEY NEGATE and attempt to contain.

I’m not in favor of communism nor do I want to see that kind of influence in my life, but AT THE SAME TIME, it would be naïve and weird not to accept what’s coming shortly.

The Chinese will become the biggest economy in the world, in a matter of 4-6 years! 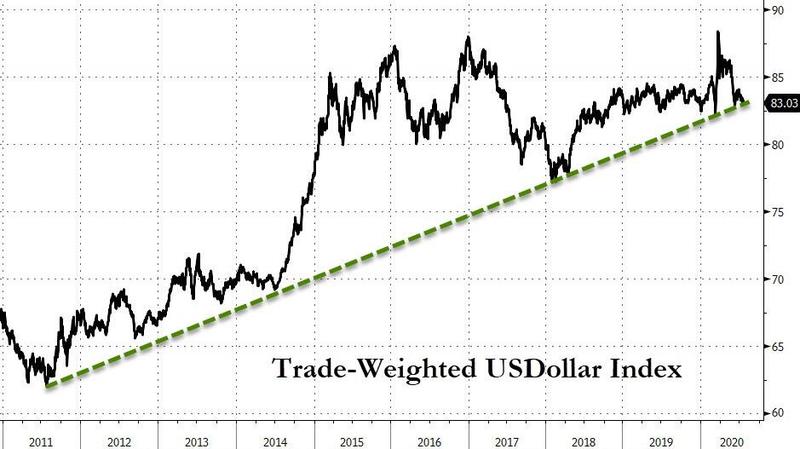 The dollar has been trending in a BEAUTIFUL LINE since it bottomed in 2011. On several occasions, it had bumped on its support, but bounced right back and kept on rallying.

I’m not sure there’s a catalyst for it to remain stronger than its worthless competitors in the fiat race to the bottom.

The Federal Reserve, along with Washington, have a clear incentive to WEAKEN IT, since it is becoming a burden on the national debt.

There’s a grand illusion that the dollar will crash due to inflation, but that’s not the reason.

China is the main driver of dollar weakness, since it is growing again and showing signs of recovering. Meanwhile the U.S. economy grapples with re-opening, closing up again, in addition to an upcoming election between two very hated candidates.

The Democrats despise Trump, while Republicans believe Biden is mentally unfit for office.

In 1945, the Bretton Woods system pegged gold to the dollar and CEMENTED AMERICAN DOMINANCE.

In the 1950s and 1960s, America boomed, but the Kennedy assassination marked the beginning of a darker period.

Nixon’s decision to default in 1971 led to an inflationary nightmare.

By 1980, it was either going to be another currency regime change by the government, or the Federal Reserve would break inflation’s back.

In a move that not many would DARE ATTEMPT, Chairman Paul Volcker raised the Fed Funds Rate to over 15%. It was the RED CARPET being rolled in front of the stock market, allowing rates to begin falling and stock to commence on an 18-year bull market.

Is there another currency rabbit to pull out of the hat?

Rates are at zero and CAN’T GO UP. Unemployment has reversed to 2009 levels. America is at odds internally, and China is way bigger than it was in 2008.

The central banks are partying, but the HANGOVER will be brutal – OWN PRECIOUS METALS – SOBER UP!