I am going to show you some very disturbing charts, and I’ll put forth data that you’ll only hear behind closed doors when the world’s top fund managers, entrepreneurs, and bankers meet.

Had all Americans – indeed, all westerners and people in the emerging markets – known about this, we could have had an open discussion on how to fix this predicament. Don’t bet on that ever happening.

Politicians are experts at covering up problems and sweeping them under the rug. We’re walking on a tight rope, given the tremendous amount of fury out there towards the system. It is poised to erupt – all it needs is a match.

In France, a tax increase on patrol caused the “Yellow Vests” revolt. Of course, it was long overdue, but that was the straw that broke the camel’s back.

Every country has its own matchbox – that ONE matter – in which citizens will go ape shit over.

Contrary to other countries, the U.S. citizenry is armed. It isn’t a pretty sight to see military presence roaming the streets, nor is it a joy to see heavyweight police forces keeping rioters at bay, but it might come down to that. 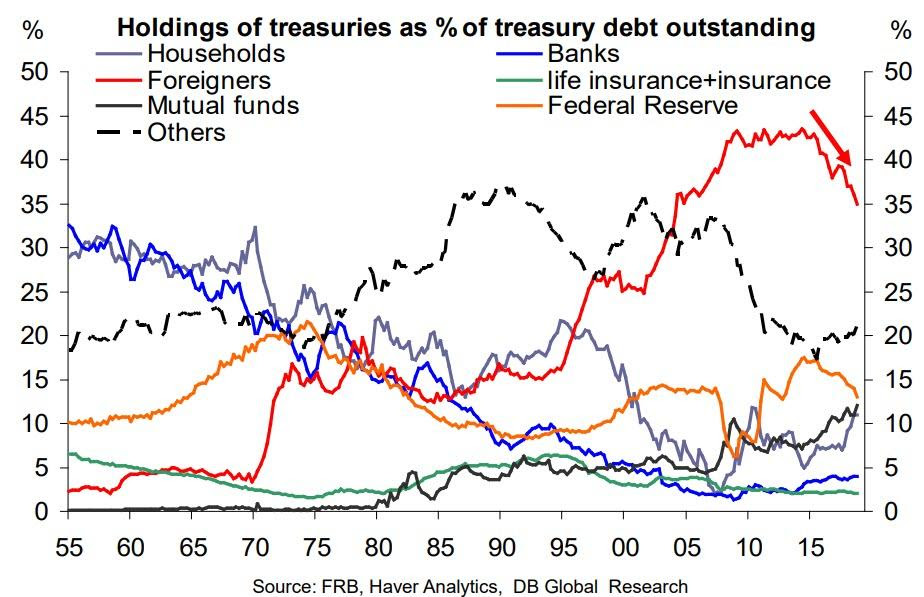 Watch the trend of the red line. Notice how foreigners bought treasuries throughout the 1980s and 1990s, when the yield was double-digit and high single-digits. Since 2008, when real fractures occur that can’t be papered-over in the eyes of world nations, they’ve opted-out of loaning America money.

What I want you to focus on is the “Households” line and the fact that it is rising. The bid is coming from domestic investors. They now have come to the rescue of Washington, but I can assure you that this is not a sign of progress – it’s “Japanification.”

Many aberrations can exist for years, even decades, but sooner or later, truths become self-evident.

The case for a weaker U.S. dollar begins and ends with the Chinese trade deal. When struck, the Chinese will have little to no incentive to hold U.S. Treasuries. The USD was 2018’s top-performing asset class for a simple reason: every country needed it, due to trade wars. At the same time the FED raised rates and shrunk the balance sheet.

It was a classic short squeeze on emerging markets, which needed the dollar more than before and couldn’t get their hands on it. Investors have been scratching their heads as to how in the hell the USD has been so strong. The simple reason is that TRADE WARS increase the need for dollars.

On the flip side, trade deals end that artificial demand. 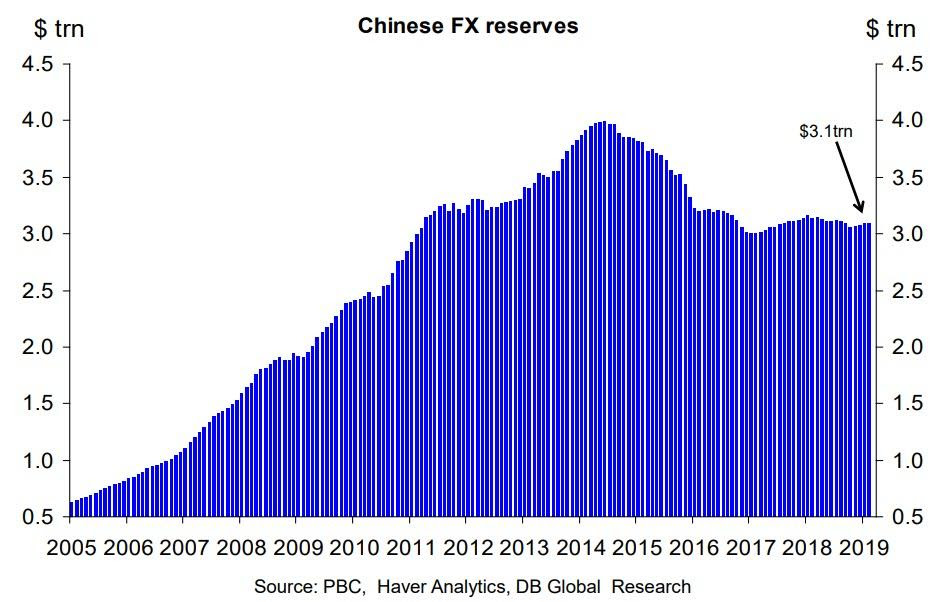 Trade deal or no, the Chinese have decided they own enough dollars as it is. They’re already dumping the load. Once the deal is inked, they’ll double-up on the pace of liquidation. The reduction from $4 trillion to $3 trillion is, in and of itself, a 25% cut. That’s significant.

A trade deal is inflationary in nature. It jolts growth, economic activity, trade and commerce, demand for hard assets, and increases the velocity of money.

In other words, a trade deal works in favor of precious metals and acts as a gunshot to the head for the dollar. 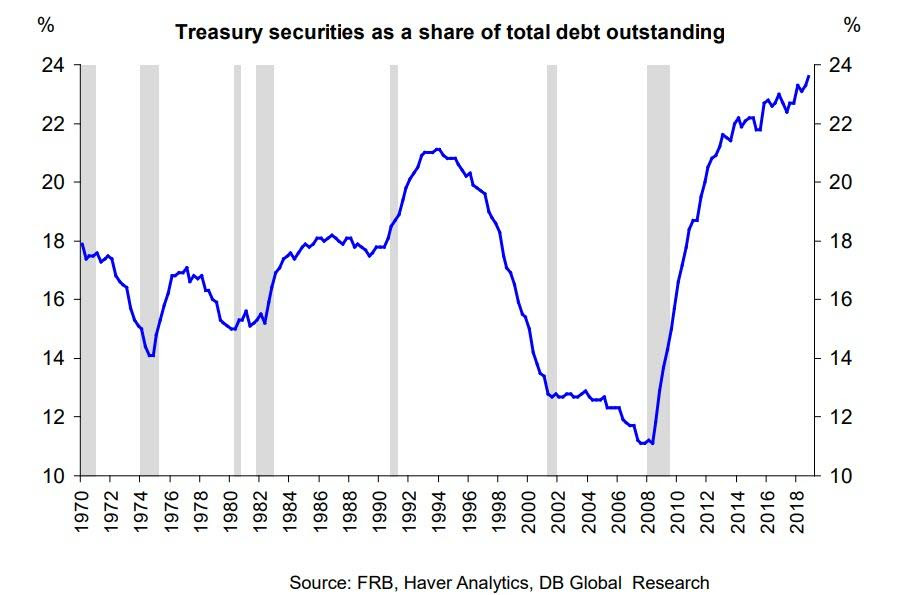 There’s never been, and probably never will be another bubble as big as U.S. Treasuries.

The day of reckoning isn’t immediate, but it is imminent.

Build your ark, but don’t man it yet. Continue to increase your wealth, but when the time comes, escape the deluge.