DEAD MEAT: The Dollar is a JOKE!

More Devaluation on the Way

The dollar is such an integral part of the global economy, that major events relating to it are nothing short of earthquakes.

We all know that in the past 110 years, there have been several major critical moments in what the perceived value of a U.S. dollar is, but at no other point in the past 80 years, since WW2 ended and American prosperity accelerated, has there been such a real challenge to its hegemony.

We all understand the relative value of a dollar is greatly derived from the stability of the United States, its domestic politics and military might, as well as the robustness of its economy.

In 1971, Nixon gave the U.S. dollar a major advantage over other currencies, by unpegging all notional denominations from any tangible items.

By doing that, it created a global economy, which undoubtedly placed and branded the dollar as the least ugly duck and drove foreigners to buy U.S. debt, almost never losing their appetite for it.

Compared with other countries, it seemed to be the rational choice and I don’t disagree with it.

But, with the birth of the internet, the rise of China and the colossal damage by the systemic failure of what were thought of as the collective pillar of capitalism – Wall Street banks – a new type of currency entered the scene in the form of Bitcoin.

Bitcoin hasn’t caused damage that is beyond repair, but it certainly has opened up the debate of what the U.S. dollar is and how much faith can be placed in its long-term viability. 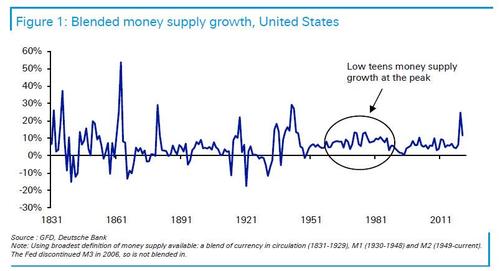 As you can see above, the currency in circulation has gone ballistic in 2021. It has gone up more than it did in 2008 and leaves little room for error.

If tensions with China escalate or if the Middle East becomes hot again and oil prices soar, the fragility of this system, after having sustained a shock like Covid-19, isn’t something to just be swept under the table. 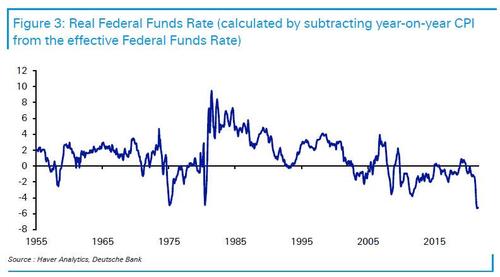 As you can see, interest rates are already as low as they’ve ever been.

My point is that everything is fine, as long as there are no other interruptions.

When I was trekking in New Zealand a few years ago, my thigh was injured by a rock, but it wasn’t something that made me quit the hike. I kept on walking and after applying some ointment, it was almost as good as new.

Had I injured it a second time or got hurt in another way, the story would have been much different.

Some blows aren’t fatal, but we are now recovering from a dangerous situation. If we aren’t wise enough to pull it off, the dollar could be dead meat.

I believe that if gold and silver can’t find enough buying to send gold above $2,000/ounce in the coming 90-120 days, the world has made its choice and moved to Bitcoin in a big way.

I believe that if silver can’t break $30/ounce by March, it will have also lost its luster in a major way.

Without being too dramatic, between now and February is the most crucial test period for precious metals in many years.