There’s no way of looking past this. The Federal Reserve, via its interest rate policy, its credit-creation maneuverings, and its expansion/contraction of the balance sheets, manufactures the economy’s booms and busts.

Ron Paul, who has been calling for an audit of the FED, its abolishment and a return to the gold standard, has rightfully said that “It is no coincidence that the century of total war coincided with the century of central banking.”

In 1979, Barry Goldwater sounded the alarm after a decade of runaway inflation, when he said that “Most Americans have no real understanding of the operation of the international money lenders. The accounts of the Federal Reserve System have never been audited. It operates outside the control of Congress and through its Board of Governors manipulates the credit of the United States.”

The secrecy levels, the obscure structure of the ownership stock, the gold holdings unknowns – it’s all a giant scam.

In 1913, when it was birthed by the bankers, who met on Jekyll Island, the idea was that the Federal Reserve would ensure that bank runs don’t become frequent, that unemployment levels stay stable, and that inflation remains tamed, but it simply cannot meet these goals properly.

There have been those, who believe the Federal Reserve is choking liquidity out of the markets on purpose, to consolidate assets and help their friends to buy assets at pennies on the dollar.

The wealth distribution pie in the U.S. is so concentrated anyway, that the average person doesn’t follow the stock market, since he doesn’t have a portfolio. 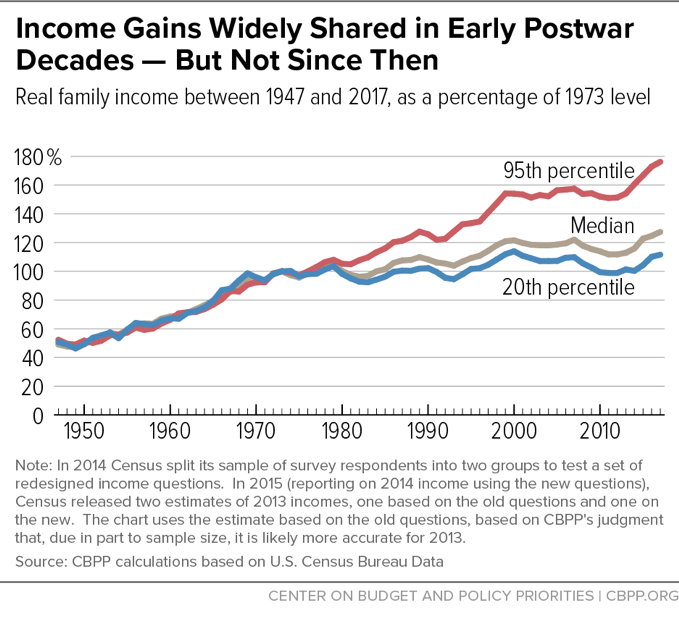 Gold caused the U.S. to thrive in the decades that followed WW2. Gold made it possible for America to have the only rich middle-class demographic in history.

The chart above doesn’t give any room for theories or speculations. From 1945, up until the Nixon announcement of the age of sound money, Americans thrived together, cohesively.

Since then, the rich have leveraged debt to their advantage much more than any other demographic group.

Jerome Powell, the current FED chairman, isn’t going to bail out the markets anyone, so whatever is coming next, everyone will experience together, without aid or help from the central bank.

Of course, even though unemployment rates are so low, the salaries of everyday Americans aren’t jumping that quickly. 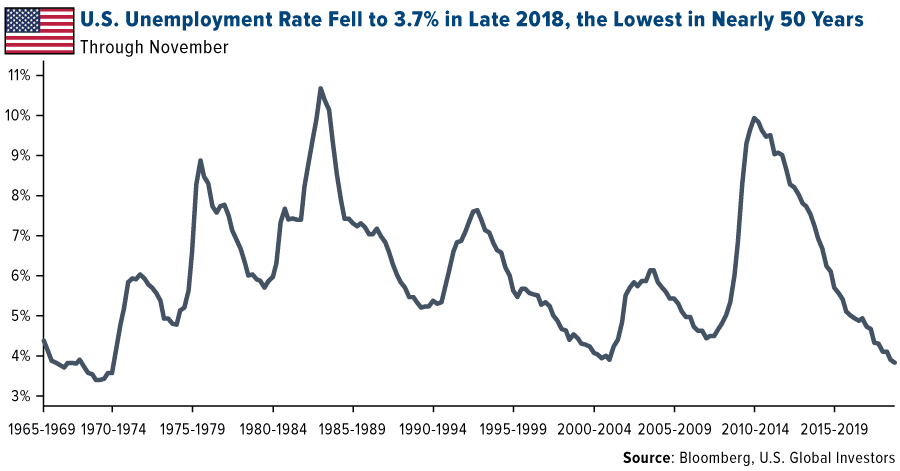 Businesses have reached such a position that they’ve been able to keep finding skilled employees at next to slave labor pay for so long that even when any person that could be working is, we’re only now starting to see salaries go up.

It’s interesting to see how the FED was willing, for years, to let a stock market bubble balloon, but the second they see the average person finally getting his cut of the wealth pie, they choke liquidity, raise rates, sell-off assets, and expedite the road to a recession.

When you allow politicians and central banks to run the economy, it will, most likely, head to a screeching halt. 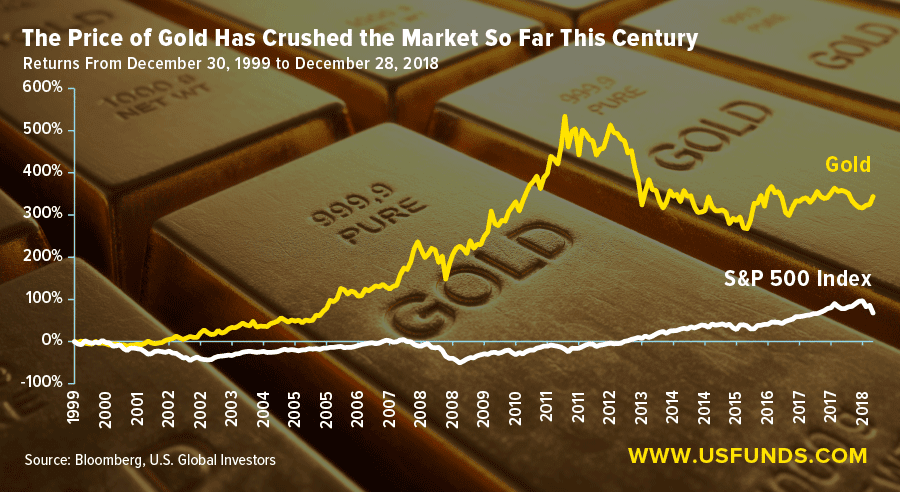 The bottom line is—this is a death trap. This is the reason gold has so greatly outperformed Corporate America this century!

No tightening cycle has ever ended, without a recession, so I expect that to arrive soon.

January might start strong for stocks, since they’re so unloved at the moment.

Though the public is asking for their money back, insiders are as LONG, as they were a few years ago, when stocks began to soar after a drought. 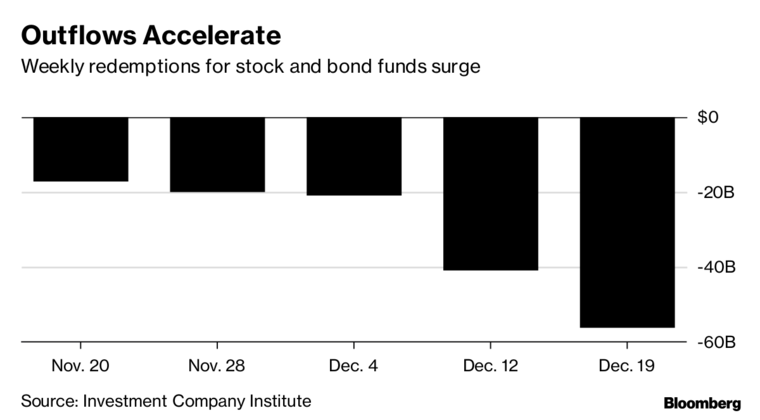 The public will keep timing the markets incorrectly.

As everyone rushes for the exits, our time will come.

The FED will not do any “saving” this time around. It’s all real risk from now – there is no guardian angel from here on.