DIGGING THEIR OWN GRAVE: Bankruptcies Through THE ROOF!

There’s going to be SO MUCH pain in the coming months. The trip wire that will spark this IS DUAL in nature. For one, oil investors are just TOO DAMN bullish; everyone is looking for a way to capitalize in this environment, but oil companies just CANNOT CLOSE the tap fast enough!

In the oil business, my research proves that it’s nearly IMPOSSIBLE to close the operation and to restart it at a later date.

The COMPLEX aspects of the oil business are such that it will not be PRODUCTIVE to close them, which means that supply will keep being PUMPED OUT AT A LOSS.

The only EXCEPTION to that is shale oil, which is easily maneuverable, but the costs are anywhere between $50 and $70/barrel. Forget about SHALE OIL; whoever decides to shut down will not open for many years, since prices aren’t going up no normal for 1824 months, AT THE VERY LEAST.

The oil industry is in A TOUGH SPOT.

The Federal Reserve Bank is estimating that unemployment COULD HIT over 30%, so while first quarter earnings were horrific, the second quarter will be EVEN WORSE.

This is the WHOLE THEORY behind central banking in the first place; the private sector is going through a crisis, so the government has to pick up the slack.

While John Maynard Keynes might be the BRAINS BEHIND THIS, the implementation of it has done far more harm than good.

The wealth gap we have in this world is the DIRECT RESULT of this unfounded theory. Governments only work because the private sector is healthy. The government is not all-powerful; each and every time humanity thought it was destined to change the rules of physics it HIT A WALL.

This time will be NO DIFFERENT.

Our world is trying to turn this EQUATION AROUND and we will suffer from it!

The Federal Reserve can’t, UNDER ANY TERMS, bail out every company that it deems solvent. There are thousands of them. It just doesn’t work that way. The SENSATIONAL number of companies that have already been downgraded and will be in the quarters ahead will change America. 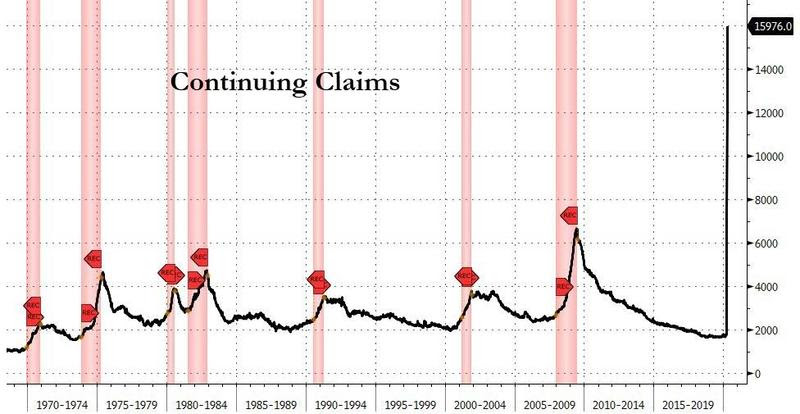 My message to you is this: The world’s MOST IMPORTANT commodity is IN SHAMBLES, the world’s 500 most iconic companies are being put TO THE TEST one by one, and I expect 20-40 of them to fail it.

I don’t see many ways around it.

Americans are NOT PAYING ATTENTION to the grave they’re digging; my concern is that they’re creating a GIANT HOLE, a deficit that is too large to ever be restructured.

The problem is education – the indoctrination of anti-growth principles that will lead us to DEPENDENCY on trillion-dollar corporations and intrusive governments.

Being vulnerable right now is the GREATEST RISK you’re taking.

Think for yourself, how can Washington step in and “fix” a global shutdown without nationalizing losses?

It’s a GIGANTIC wealth transfer, and the losers are the people who were ALREADY STRUGGLING.

After the FOMC meeting on Wednesday, the markets are now legitimately pricing in a recession, a housing correction, and the loss of about 1,000,000 jobs before the FED begins to change its tune and get to a point where it is truly satisfied that its policies work.

END_OF_DOCUMENT_TOKEN_TO_BE_REPLACED

When one tries to solve a problem, they don’t want to create new ones as a consequence of the process.

END_OF_DOCUMENT_TOKEN_TO_BE_REPLACED

On October 4th, 2021, in Canada, a woman by the name of Ruth Hamilton was sleeping in her home. It was the middle of the night and her dog started barking, so she woke up. To her amazement, there was a hole in the ceiling, and right between her pillows was a red-hot rock weighing more than a kilogram.