The best strategy right now is to live each day according to the LATEST DATA. The landscape is changing so RAPIDLY; one cannot make any long-term plans without seeing them become OBSOLETE and irrelevant the following morning.

This period is very similar to wartime. In times of conflict, of which I’m an avid student, societal rules constantly get updated and what’s allowed one day isn’t the next.

The set of laws and guidelines you live by can be turned on you frequently, which makes it hard to keep adjusting and adapting.

That’s a nightmare for most people, since they CHERISH security and routine over everything else. We are creatures of habit and this virus is truly challenging to most of us. It’s mentally hard and DRAINING to have your world flipped upside-down, when you didn’t cause any trouble to anyone.

It feels UNJUST and unfair, but it is here, nonetheless.

Case in point is the Federal Reserve’s balance sheet. Most people have no clue what the FED is or that it buys stocks, bonds and mortgage-backed securities. They couldn’t tell you who Jerome Powell is, unless he made impressions of NBA stars on his Instagram account.

You and I aren’t MOST PEOPLE, though. We know ignorance costs big money in life. We know that the FED’s actions directly impact our lives.

As you can see, the FED is in the midst of the most PROLIFIC buying spree in its history. Some experts say that it will have a balance sheet that is larger than $10T this year, and bigger than $20T as this recession intensifies.

Most also believe that we’ll see much more bloodshed in the markets before we finally exit the bear market, but consider that $284 billion has ALREADY EXITED bonds and that $658 billion has moved to cash.

Perhaps some buyers have rushed back in WAY TOO SOON, as I believe they have, since there’s no rush for now, but certainly a lot of the selling is behind us.

The unique thing about this recession is that there’s no BOND YIELD to turn to, when exiting stocks, so everyone rushed to cash. There were NO ALTERNATIVES, as you can see above.

In the next few weeks, probably by the end of April, some areas will open their doors – unless some new unforeseen risk is introduced. With the introduction of repurposed drugs, we should start seeing some success in treating the sick.

I remember studying the topic of how lives were lived in the first few months following the end of WW2. I did it in order to learn how the human mind switches off what just happens and moves on – you WOULDN’T BELIEVE how quickly it is capable of doing that.

Likewise, you will see people for the most part resuming their robotic routines.

But you can’t dial back the stimulus that has been introduced in the U.S. You also cannot raise rates, because the government wants to issue LOTS OF DEBT. 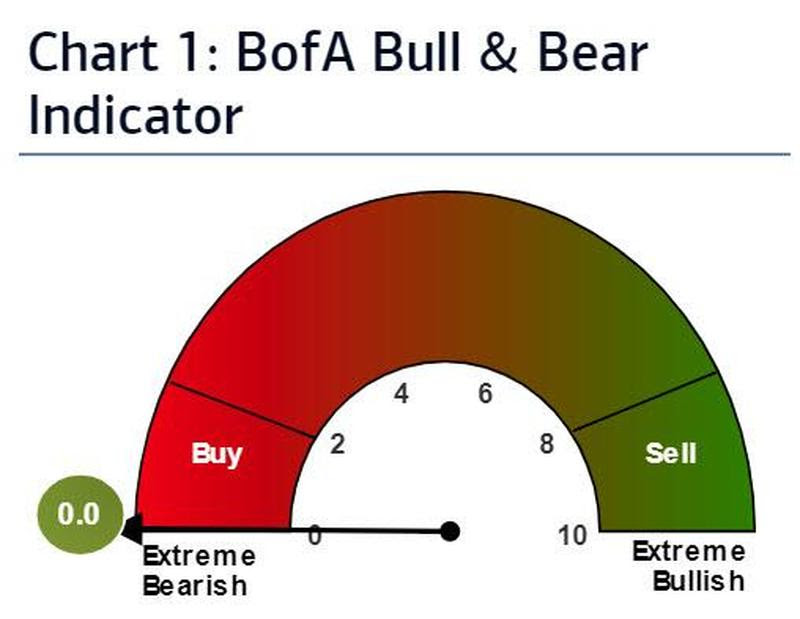 There is NO RISK APPETITE right now for anyone, but believe me, when things begin opening up with the fresh infusions of cash in the system, stagflation will occur and that’s perfect for gold.

Stocks will not earn good profits, because they’ll have to spend A TON on improvements.

Once the dollar starts to have its FORMAL TOP, you will see how commodities rally, as emerging markets avoid capitulation.

We will be in a dollar bear market before the end of the year!