Doug Casey on COVID Brainwashing: “Look, Hysteria Is The Problem; Not The Flu Itself” 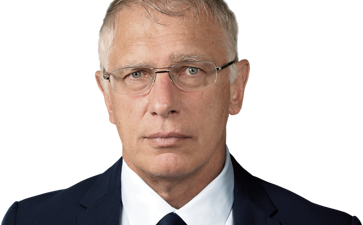 Recently, gold bug and investor Doug Casey sat down with Kenneth Ameduri of Crush the Street. Casey jumped right in saying the breakdown of the United States under the boot of tyranny is “actually predictable.”

Casey says Western civilization peaked around World War 1, just after the Federal Reserve took over the monetary supply. Yet at the same time, technology improved. So in some ways, things have gotten better, but in the ways that matter, things have gotten worse. Now, people are easily programmed to believe what the TV tells them to, thanks to technological advancement. Yet, both global warming and COVID are “phony” as far as Casey is concerned.

Casey then discusses more in detail the COVID hoax.  When Ameduri asks about the cases going up, but fatalities going down, Casey says the case numbers are meaningless. He says we should focus on the deaths, which are being “greatly overreported.” In fact, we showed documents from the government back in April that prove they need the death toll to be as high as possible to exact tyranny on people through fear. “Look, hysteria is the problem; not the flu itself.” He adds, “this is hysteria comparable to the witch trials of the late 17th century.”

Casey says this whole situation was done as a form of “people control.” The government, who will issue your immunity passport, will decide what you can and cannot do based on whether or not you’ve gotten the mandatory vaccine. He says it’s possible to experience even more tyranny as the vaccine is rolled out. “The worst people, not the best people, get into government.” It’s all predictable he says.

We’ve all heard the saying: “power corrupts, and ultimate power corrupts ultimately.” That saying has always been true.

The best way to protect yourself is by buying physical gold or silver. Casey is betting on economic and financial chaos more than inflation or deflation.  The whole system is set to absolutely self-destruct.

Casey says that there’s a good chance the Democrats will win the White House in 2020. He says there are two reasons. One, Democrats are promising a lot more free stuff. And two, they are much better at stuffing the ballot boxes. I personally, disagree with Casey on this one. I think the winner will be whoever the New World Order, aka, the International Banking Cartel, chooses to win. Presidents are selected, not elected, especially now when we have no semblance of a government “by the people.”