It was only two weeks ago that President Trump came out, guns blazing, saying that U.S. corporations are in excellent overall condition, that this dip is actually a buying opportunity; he even tweeted in the past few days that the economy is super-strong.

Ever since his public announcement, endorsing the stock market, we’ve seen nothing but GREEN, and yesterday’s trading session took us above the resistance for the S&P 500 at 2,582. 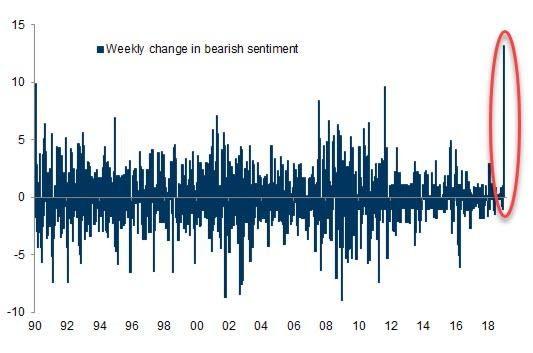 There’s plenty of justification for the severity of December’s sell-off, in terms of valuations, but Investors can’t put funds into bonds and generate bigger returns, so even though stocks, technically, qualified for the definition of a bear market, it might not be so cut-and-dried.

The market was due for this snap-back rally, but if we continue on this path, it will confirm a new uptrend for traditional indices. The bulls are back.

As I said before, just because stocks are moving up again, gold can still rally alongside, so long as the dollar continues to weaken.

Many investors have priced-in a recession, but if we manage to avoid one, there will be tension relief, manifested in a euphoric rally.

For one, the end of the government shutdown could spark hope that democrats and republicans can work together, after all. Secondly, a constructive deal with China would demystify all the challenges, surrounding that. 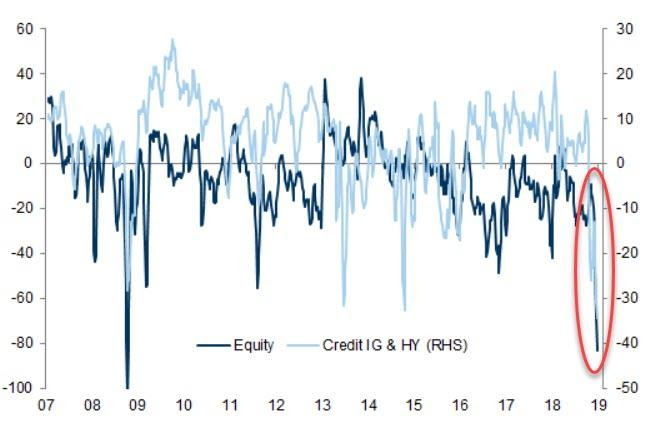 As you can see, investor sentiment has, again, been a reliable contrarian indicator. Just as the majority should have bought on the lows, they sold and took expensive cash, instead. Now, sitting on cash, they see the USD falter, while stocks are bouncing back.

In the markets, when you’re extremely bearish, moving to cash helps to SAVE equity, but it doesn’t generate any, either.

When your conviction level is strong that the markets are undergoing a downturn, you can SHORT obsolete business models, weak stocks, and bet on their decline.

In 2018, for example, I shorted a retailer that we all know. Also, due to the success of Uber, I shorted HERTZ, the largest car rental business, which went down sharply this year. Both were big money-makers. We’ll introduce short ideas, going forward, in the letter, as well.

My favorite way to short the dollar is by investing in precious metals.

In 2019, we will witness the entrance of Wall-Street heavyweights into blockchain tech.

This past year has driven away millions of people from the crypto sector. In fact, it almost feels like it’s dead. But, behind the scenes, billions of dollars are looking to get positioned in, not necessarily in Bitcoin.

The smart money is betting on companies, issuing their own tokens to customers. Instead of having loyalty cards, offering points, or other promotional tools, companies want you to hold their currency, which you can spend only with them. It makes total sense.

This will be a major theme this year, and I’m already in intensive due-diligence, since I’ve uncovered a company that not one in a million Wall-Street fund managers, let alone the general public, know about.

On top of that, the recession fears will play right into the hands of cannabis companies, which will continue to grow, in spite of weakness for other sectors.

With the announcement of the world’s largest brewer, investing in a Canadian cannabis company, the pressure on U.S. lawmakers to end this 20th-century thinking, and join the 21st century legalized market, has taken another step forward.

The U.S. cannot afford to see job prosperity just across the border, without responding in like manner.

Expect two serious announcements from us in the days ahead!