Fwd: Your NEXT CHANCE to Buy Gold/Stocks CHEAP!

What Will Cause Panic

It’s hard to think of many things that might frighten Wall Street going forward into 2022, that are in the realm of the “known data.” The street couldn’t be more aware of and alert to the topic of inflation.

In Europe, war is a reality in one of the most commodity-sensitive regions of the entire world, and sanctions have been placed on the Russian economy, as well as individuals who are close with Putin.

The words “Nuclear Weapon” were tossed around and even “debt default.” Wall Street feared China would invade Taiwan, the U.S. would send troops to Ukraine, and I even saw fears over escalation in other countries.

Jerome Powell is preparing to hike interest rates by 0.50% in one fell swoop for the first time in 22 years, and some FED governors are talking about getting to 3.00% for the Fed Funds Rate.

Large companies are scrambling to readjust to new iOS policies from Apple Inc., and retail stocks have crashed by the most since the Dot.Com era—this is before I slip the words “Recession or worse,” which billionaire investor Carl Icahn just predicted.

If anything was to send the markets plummeting, it would have to be something totally unexpected, such as a desperate Russian military escalation or a surprisingly-bad inflation reading, but apart from those, the next big catalyst to the downside must be unknown to us, because so much “bad stuff” is already circulating out there. 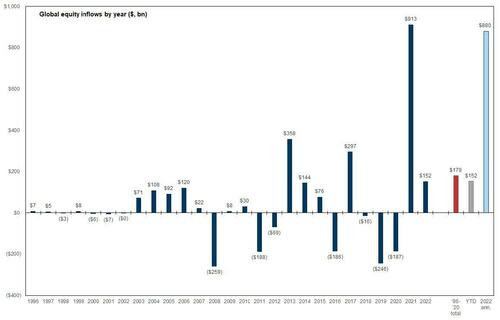 What’s happening with Treasury bonds will certainly keep the lid on prices, because the 10-yr is yielding nearly 2.40%, the highest level since November 2018, when gold bottomed at $1,180 and began its ascent, which hasn’t stopped until today.

Even as this is all taking place, and with this being the worst January-February since 1928 for the stock market, investors are buying equities, which tells me that this is NOT anything like what we had in 2008 or in 2000.

The millennials and the institutional money are under-invested in stocks, after a decade that was called the “MOST HATED” bull market in history, meaning that it did not see much participation. 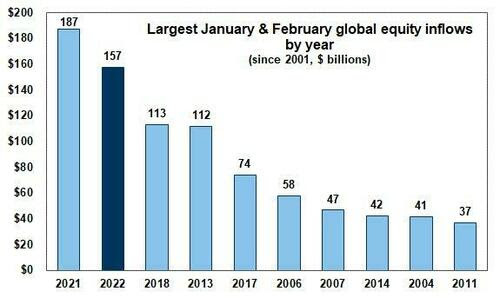 What’s my point, then?

The market has built a Wall of Worry, and brick by brick, it is collapsing. 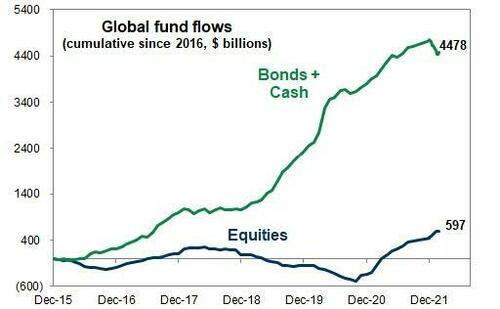 The fact remains that the world is underinvested in stocks!

Buy the dips, because financial conditions have tightened, and once the hypnotized drama queens, who are fantasizing about a recession, sober up, the market and gold will head much higher.

Be active on the VIX shakeouts, because your future self will thank you.