It Will Require a Miracle

On October 4th, 2021, in Canada, a woman by the name of Ruth Hamilton was sleeping in her home. It was the middle of the night and her dog started barking, so she woke up. To her amazement, there was a hole in the ceiling, and right between her pillows was a red-hot rock weighing more than a kilogram.

She decided to call 911, and they suspected that a nearby construction site was the source of this rock, but the more they dug into it, the more it seemed unlikely. Then they cracked the mystery.

A meteorite falling from the skies had blown up, and one piece of it came down at sensational speed and landed an inch from Ms. Hamilton’s head.

I would call that pretty lucky!

Right now, we could use some of that luck because interest rate hikes are rising at record speed and coming down on us just like an asteroid from the Milky Way does.

Gold is standing right at the impact zone, and it is plunging in price, preparing for further impact. 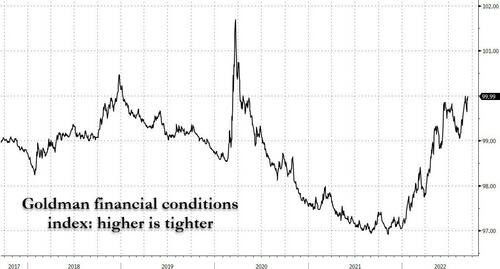 As you can see, interest rates and financial conditions in general are tightening back to December 2018 levels, and we wonder if this upcoming meeting, which is scheduled just days from now, will be the one where the FED shows that they’re paying attention to the hard landing they’re causing.

After all, just like they can’t control supply chains, there’s also a limit to how much they can ease inflation without bringing about a major recession.

The market is very similar to late 2018, cautious of a major FED mistake, and I personally think fears are disproportionately overblown.

The notion that taking the role of a villain that hammers at inflation after being wrong about it and then accidentally crashing the economy into depression seems like a bad movie script that’s straight out of Hollywood. 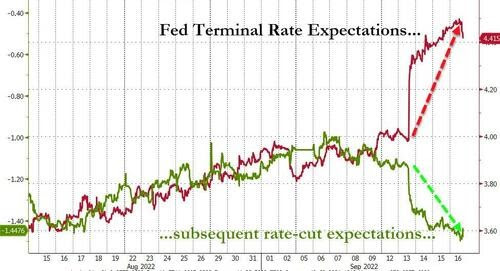 If the FED goes through with another rate hike in a few days, taking their benchmark to 3.00%, we will most likely see that this probability was already priced in.

In fact, because of recent speculation that the FED will raise by a full 1.00%, it might even come as a relief if they don’t.

Second, I want to stress the historical performance of the third year of an election cycle.

The relative returns of a president’s third year in office, which begin right after the midterms (November 8th), are astonishing.

If all one did was buy stocks in the third election year, they’d make incredible market returns using leverage throughout their life.

The last hurdle, the final shadow of a doubt the market has, is really about how the American mortgage industry would fare against these very high interest rates. 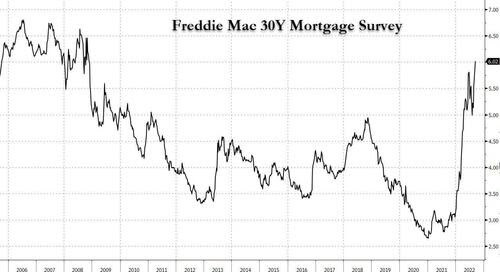 With each passing day, more and more investors realize what FutureMoneyTrends has been talking about since the Jackson Hole speech: the era of zero-percent interest rates IS OVER.

Therefore, we are in a valuation reset where each portfolio manager around the globe is looking at their holdings and asking themself this question: “If interest rates are 4%, what should I buy, hold, and sell?”

When they do that, they sell gold and silver, but the real question they should be asking is what happens to inflation levels once the FED stops hiking.

That’s when we believe gold will bottom and begin its ascent to $2,582/ounce!

END_OF_DOCUMENT_TOKEN_TO_BE_REPLACED 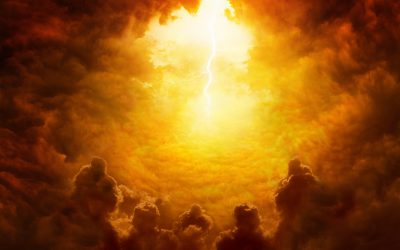