GRAVELY SUFFOCATING: Physical Silver SOLD OUT – IT’S UPON US!

That’s it; we’ve now seen that both the Federal Reserve and Treasury Secretary Steve Mnuchin are definitely ready to BOMBARD the U.S. economy with virtually UNLIMITED liquidity – cost and unintended consequences be damned.

On Monday, the Federal Reserve totally SHOCKED markets by declaring that they possess the capability to produce INFINITE QUANTITIES of cash. That’s one of the most frightening statements you could hear from your central bank.

I do not have to tell you how gold reacted to this – it went PARABOLIC, up $70 at one point. I expect gold to trade over $1,600 by the end of March, if things keep developing in this direction.

The Federal Reserve, the financial arm, which has done most of the HEAVY LIFTING through its Repo and QE programs, deployed a RIDICULOUS amount of stimulus to the system and waited on the Democrats and the Republicans to unite and deliver to the American people a 2nd rescue bill – they COULDN’T so far.

The Federal Reserve isn’t a political entity, but the Senate and House are, so they work slower.

President Trump isn’t exactly the most popular cat on the hill, and the Democrats have decided to put him through hell before they’ll agree to the bill.

The FED’s program, QE to infinity, bought the Democrats leverage and time; it allowed them to squeeze more out the bill.

This Covid-19 pandemic has SUCKED THE LIFE out of investors. I’m hearing from fund managers that the cry for cash is one OF BIBLICAL PROPORTIONS and they’re stalling. 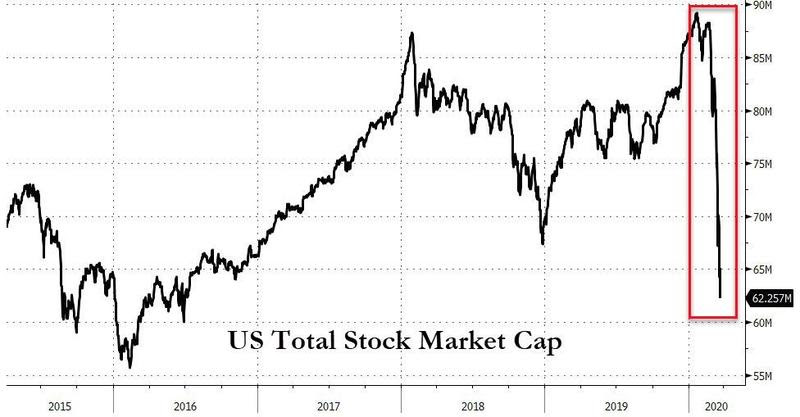 As you can see above, the markets HATE, and I mean DESPISE, stocks right now.

Investors CAN’T STAND stocks even more than they did in 2008; that’s a big statement.

What Steve Mnuchin and the Federal Reserve already promised to deliver and has been approved is by itself INSANELY large.

The first bill includes four essentials: (A) Small-business loans, which are forgivable – this basically translates into helicopter money for corporations. This would be done by the Federal Reserve to the tune of $4T, IMMEDIATELY. Next is (B) the injection to households in the form of $3,000 direct deposit to each family of four – it’s coming!

The third component (C) is enhanced unemployment benefits, which will allow people time to unhurriedly get back into the workforce. Lastly is (D) the AID to businesses, which the Treasury will fund. That’s going to be the equivalent of 14 days of expenses, like salaries and overhead. The purpose is to FLATTEN the curve of unemployment swirling out of control.

It’s also buying corporate debt like Japan is, and will begin purchasing municipal debt as well. 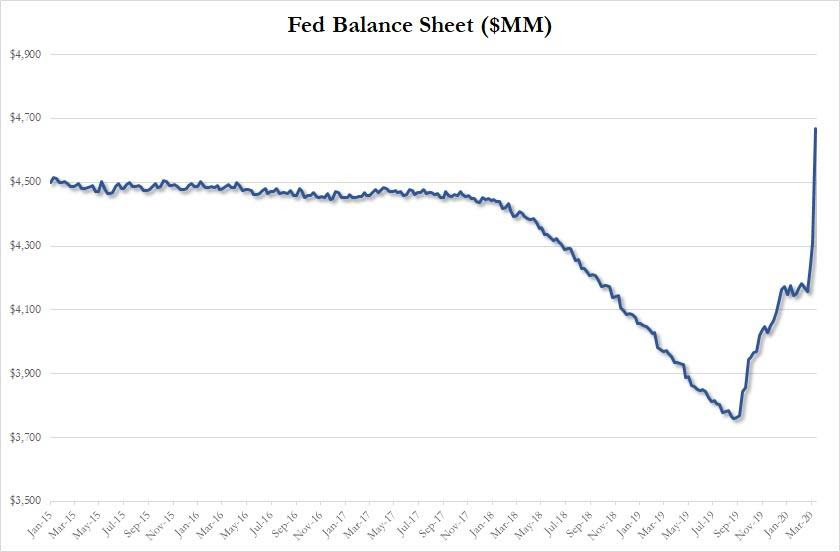 Different than a purely financial pullback, such as in the cases of rate hikes, Brexit, the Greek default and others that we’ve seen, in a PANDEMIC, people don’t even want to own bonds!

Our banking system isn’t wired for a rush into cash.

When this is over, the amount of money left in people’s hands will be ENORMOUS.

Commodity prices have nowhere to go but up.

The economy would be very strong, had it not been for this DISASTER.

Gold and silver are already pricing mine closures and supply shortages. Bullion dealers are reporting RECORD demand. I’m telling you – this is a MONSTROUS money-making moment!