Many people don’t understand why President Trump wants lower rates. Normally, in times of hot economic conditions, solid GDP growth and record-low unemployment, the need, if any, is to raise rates, and that is for two reasons:

Central banks need higher rates, so they could lower them in times of slowdown, but the FED raised far too quickly and aggressively; corporations that refinanced at the lows or individuals that did the same thing saw their interest payments jacked up by 30%-80%.

No, raising by 2.25% isn’t that huge, but the speed at which it was done was ERRONEOUS.

Normally, when raising rates, the economy slows and the currency weakens, so exports pick-up steam, there’s hiring and there’s a counter balance, but because only the FED raised, foreigners gobbled up $13T in government bonds. That money evaporated from the American banking system and wasn’t able to trickle to main street. The dollar got STRONGER, not weaker, which is the reason Trump wants lower rates.

In other words, attempting to juggle between the domestic economy and the global economy was too big of a task for Yellen and now Powell. The end result is that everyone knows that the dollar is suffering from a liquidity squeeze and they are betting on it.

You can also see the perfect correlation between labor force growth (participation) and inflation in the left chart. When Chairman Powell claims that there’s no connection between unemployment numbers and inflation anymore, he is being an academic asshole.

The government is publishing forged numbers, which reflect bullshit realities, but the truth is that if the baby boomers retire later, while millennials enter the jobs market, we will have inflation.

It’s all dependent on what these groups will do and how they will react to economic shocks.

Here’s what we know: in the next 10-20 years, population growth will be minimal, so in real terms, even a 2.5% GDP growth will cause a wealth surge, since the population is only growing at a 1% clip.

But in the short-term, we have headwinds from the strong dollar. In 1969, the last time it was too STRONG, Nixon took it off the gold standard. Nothing that Trump will do can be more dramatic than that. 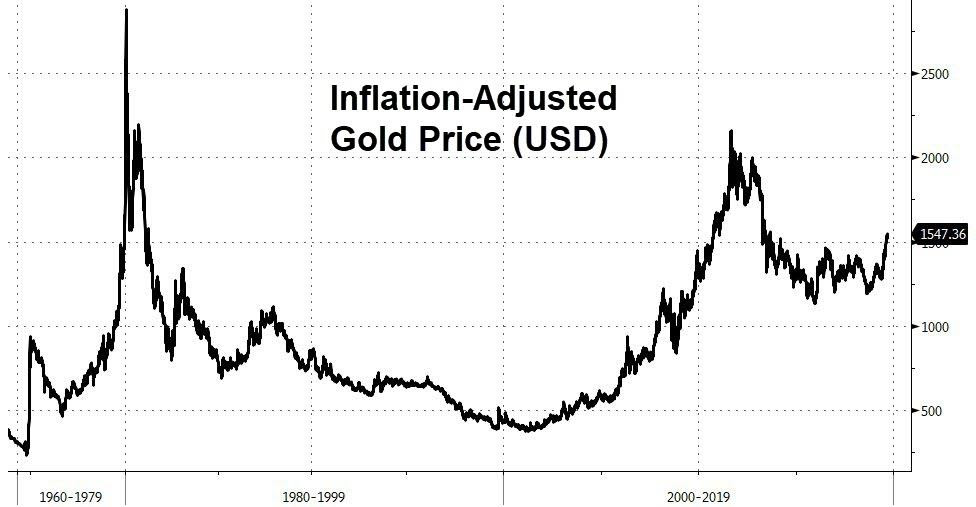 FDR (Franklin Delano Roosevelt) confiscated gold and devalued the dollar from $20/ounce to $35/ounce – a massive attack on the riches of the people. If done today, it would send gold to $2,700.

Let this sink in: The Federal Reserve made a big mistake in the past 4 years and correcting it will send gold over $2,000 and silver towards $25-$32.