Has the FED LOST CONTROL OF THE ECONOMY? G. Edward Griffin’s Answer Will Surprise You!

National debt mounting… Inflation destroying the dollar’s purchasing power… The President openly criticizing the Fed… With all that’s going on, it’s easy to conclude that the Federal Reserve has completely lost control of the economy. Or is it all carefully orchestrated? Is there something more sinister going on?

Looking deeper into this, Portfolio Wealth Global interviewed Mr. G. Edward Griffin, an author, documentary film producer, and political lecturer, as well as the founder of FreedomForceInternational.org and RealityZone.com. Listed in Who’s Who in America, Mr. Griffin is known worldwide for researching difficult topics and presenting them in clear terms that everyone can understand.

As an established author, G. Edward Griffin is highly prolific. His better-known works include The Creature from Jekyll Island, World without Cancer, The Capitalist Conspiracy, More Deadly than War, The Grand Design, and The Great Prison Break, among others. Jekyll Island is particularly noteworthy because it details the formation of the Federal Reserve System and has been profoundly influential in the “End the Fed” movement. 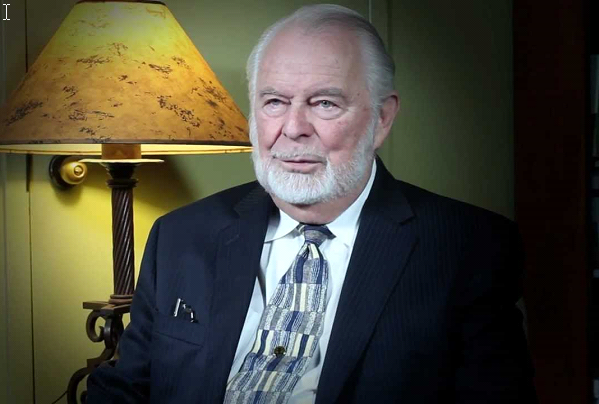 A graduate of the University of Michigan, where he majored in speech and communications, G. Edward Griffin has earned his place in the broadcasting community, having earned the coveted Telly Award for excellence in television production.

On top of all this, Mr. Griffin is the creator of the Reality Zone Audio Archives, publisher of Need to Know News, and President of American Media, a publishing and video production company in Southern California.

Highly active as a patient advocate, G. Edward Griffin has served on the board of directors of The National Health Federation and The International Association of Cancer Victors and Friends, and he’s Founder and President of The Cancer Cure Foundation.

Mr. Griffin is also a fighter for the rights of the people: he is the founder of The Coalition for Visible Ballots, a grassroots organization for the elimination of voting fraud made possible by electronic voting systems, as well as Founder and Chairman of Freedom Force International. 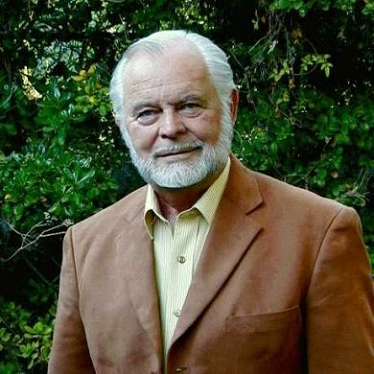 The source of the confusion, according to G. Edward Griffin, is that many people look at the Federal Reserve and say that it’s not working or doing what it’s supposed to be doing. And indeed, the Fed isn’t working for us, the people, but it’s working quite well for them.

When people say that the Fed has lost control, according to G. Edward Griffin, they’re saying that things are not going right: the economy is failing, the citizens don’t have jobs, people are homeless, etc. That doesn’t mean that the Federal Reserve has lost control because that’s exactly what the Fed wants to see happen: it’s entirely part of their plan.

But don’t get the wrong impression: Mr. Griffin hopes that through his efforts, the Federal Reserve will lose “control” (the ability to ruin the economy, keep people out of work, etc.) someday soon. Furthermore, according to G. Edward Griffin, if we don’t abolish the Federal Reserve System, it will abolish us (i.e., America). 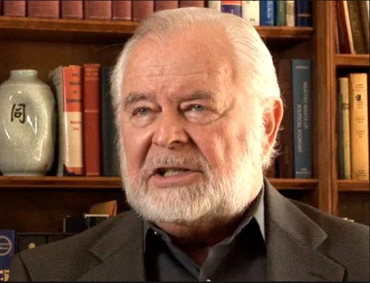 Sometimes people will ask if the Fed is controlled by the market, but the real question is this: is the market controlled by the Fed? According to G. Edward Griffin, the answer is yes, it is. The market is no longer a free market: it doesn’t respond to the forces of supply and demand because those have been preempted.

The Federal Reserve deliberately interferes with the market with huge transfers of money, according to G. Edward Griffin. At its core, the Fed is a banking cartel – it’s not a government agency, but an association of banks formed in a private meeting off the coast of Georgia, as is detailed in Mr. Griffin’s seminal work The Creature from Jekyll Island.

Ron Paul, Glenn Beck, and others have praised this book, and we definitely consider it a must-read and a wake-up call for all concerned American citizens. We also invite you to watch Portfolio Wealth Global’s full interview with G. Edward Griffin, as we know you’ll enjoy Mr. Griffin’s knowledgeable and instructive approach to important social, political, and economic topics.

To delve even deeper into Mr. Griffin’s insights and teachings, Portfolio Wealth Global has put together an exclusive report about G. Edward Griffin’s extensive body of work – it’s the only comprehensive profile of its kind online, and you can go here to get access to it right now.