The U.S. debt crisis is, obviously, not over. Policy-makers have, to a large extent, by slashing interest rates to zero and by making asset purchases (QE Programs), deleveraged the banking system and assisted in capitalizing it adequately, by leveraging-up the Central Bank’s balance sheet and the Treasury Department’s, in exchange.

When the entire world wants to deleverage, as it did in 2008, only one institution can be the one that is the lever – the Federal Government and the central bank.

What 2008 taught me, more than anything else, is that economies are so complex that, as an individual, we have, virtually, zero power, as to what will happen in the short-term, but as a society, we have enormous force to dictate the long-term prospects.

In other words, we must understand our surroundings, but also be lucky at times, if things are to work out to our favor.

Luck, as I define it, is doing everything possible, so that circumstances in the great scheme of things, would end-up working for me as well. In other words, luck isn’t about playing the lottery, but rather about being the best person one can be and the best investor one can become, by keeping an open mind to opportunities, which surely do come.

Most people bury their head in the sand, but by broadening our knowledge base daily, we can be “lucky.”

One of my closest contacts, a person I’ve known for 32 years, called me in November of 2017, to ask me if I’d heard of Bitcoin. He said that he just learned what it was. This person is in his 30’s, so you can imagine that building wealth is one of his chief priorities, yet the biggest story of 2017, flew right above his head somehow.

Compare that to my experience, which includes going to a Las Vegas conference in early 2013 and learning about Bitcoin when it was just $7 per coin. I make it a point to network with people, who can take my life to the next level, and so should you.

If you want to get “lucky,” I told him, you must be reading more, networking more, and putting yourself in front of wealthy people.

Unfortunately, about 60% of the U.S. population, or 200 million people, are struggling right now. Get this, around 20 million people in the world’s strongest economy are currently employed at four jobs! 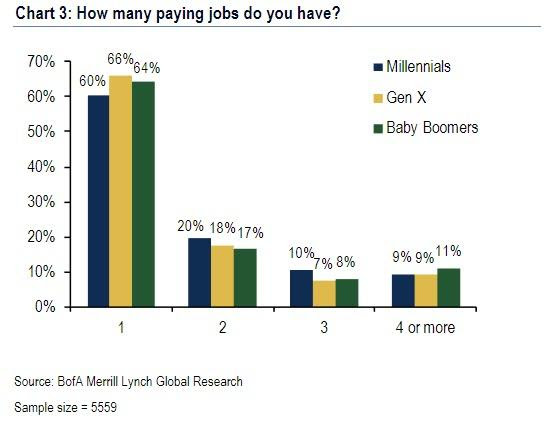 It is astounding when you think of it, but a major chunk of the population is in a situation that doesn’t allow them to prosper, unless they drastically alter their mentality.

About 75 million people live in distressed areas, where there are no jobs creation, but negative growth persists.

As a federation, where everyone gets to vote, this is an unsustainable economic condition, which Portfolio Wealth Global expects to change, big-time.

Since 2008 birthed extreme hatred towards Wall Street and to the “too big to fail” institutions, the next crisis will trigger policy decisions that directly inject credit to the people, who need it most, instead of to the failing corporations.

The question is, though, will these people spend the credit wisely?

If they don’t, I can imagine this political system will reach a point of no return, where universal income is enacted.

Helicopter Money is a term phrased by central bankers to illustrate a direct deposit of freshly-minted fiat currency into the pockets of the broad population, and we’re reaching a point, not so far from now, where this sort of policy could be put in place, without significant pushback from the citizenry.

I’m not referring to a one-time capital injection, either. It seems to me that this country has diverged intellectually and separated financially, to a point that some factions of the population cannot afford college or to be properly trained for high-paying jobs, which require specialization.

This almost assures that they will remain in the lower-class for the majority of their lives, unless they’re able to make extraordinary transformations, which include moving to a better environment, impressing an employer, and starting from the bottom and exhibiting enormous potential.

The mother lode opportunity in the U.S. economy will always be in construction, first and foremost. Just like the current president, who is a real estate billionaire, 76% of America’s millionaires have been involved, in some way or another, in housing.

You can’t outsource this industry, nor do you need college degrees.

This remains the best avenue for people to grow their wealth, even with zero start-up capital.

Put a huge goal in front of you, which is to make sure you NEVER allow yourself to be in the frame of mind that receiving government assistance is a circumstance you’re comfortable accepting, and get cracking on building the bridge between present reality and your biggest goals.