There are no BOOM AND BUST cycles anymore, at least not in the way you were taught that they NORMALLY BEHAVE. Traditionally, credit contracts, then profits shrink, the stock market falls, and personal income dries up last, as companies are forced to lay off people. The response is, therefore, pretty straightforward in those cases: the banks expand credit, profits grow, the market recovers, and income levels flow once more, as companies hire.

This pandemic has changed all of that. Credit is ACTUALLY EXPANDING while income levels have gone down by 30%-40%, so spending FROZE AS WELL.

Washington understood this very quickly. It realized that with 20 million people effectively unemployed, it had to PAY A VISIT to its WELL of free currency, print trillions, and REPLACE THE LOST INCOME that millions of Americans already living paycheck to paycheck had been short on.

These programs are good until August, so expect the government to do INSTANT REPLAY and unleash another round of programs since the spending WON’T BE THERE because the income won’t be there.

As a society, we face a TOUGH CHOICE: do we let capitalism roam free, signaling to these 20 million low-income workers, who have very few market skills, that they need to REINVENT THEMSELVES and find ways to deliver value, digging themselves out of the hole, meanwhile subjecting them to poverty while the markets are supplied with an overflow of credit, creating reflation bubbles and enriching the ALREADY WEALTHY, or do we double-down on state capitalism and this DEFICIT-FUNDED SOCIALISM, which brings the debt restructuring nearer? 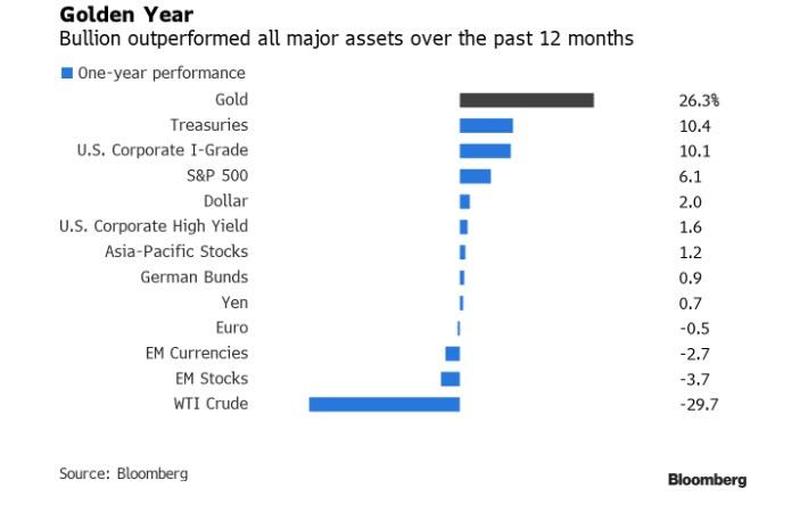 There’s clearly A HUGE PROBLEM here since income drying up hurts the spenders first, those that are living paycheck to paycheck. Who can survive lower cash flows? THE DOMINATORS! They have reserves, their products are more essential, and they can tap credit sources easily. In turn, which people can withstand lower cash flows? Those with SAVINGS (that are not struggling, going into this).

GOLD is BEST-SUITED to withstand these shocks and you can see that it is performing better than all other asset classes in the above graph.

Unlike government bonds, gold is NEVER IN A BUBBLE. It is limited by nature and the inability to find large quantities of it. It is NO ONE’S counterparty liability and it NEVER gets destroyed. If you pass a gold eagle down ten generations, it will still be there, even 250 years down the road. 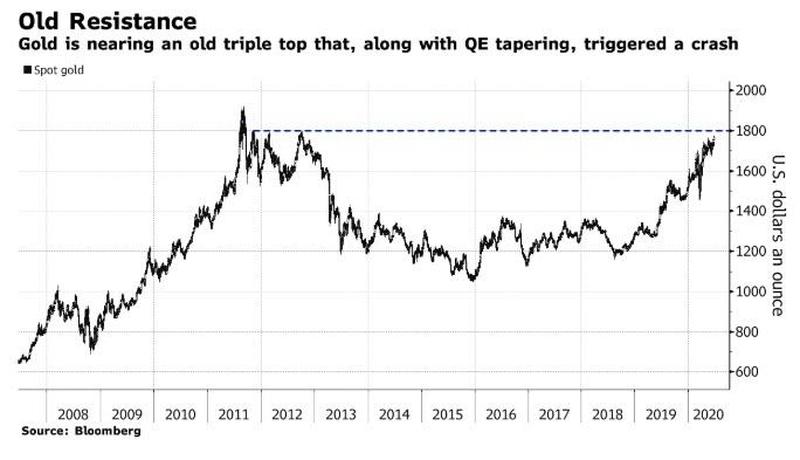 The government is walking A TIGHT ROPE because at one point or another VERY SOON, the cost advantages of just printing currency will be less favorable than restructuring the debt!

For gold, that would be a key milestone since its relative value WOULD JUMP overnight.

Bonds will not be deemed safe anymore!

What we have here due to the RESTRAINTS OF COVID-19, is a baked-in DURATION MISMATCH between the lost incomes of 20 million Americans, who might be out of work for a full year and the size of programs, which HOWEVER BIG, can only last four months (Until August 2020).

Even if half of the workforce finds employment, the country is left with 10 million unemployed, which is how 2008 ENDED at its worst. In other words, the economy has CHOPPED-OFF the head of the monster and it isn’t looking pretty.

There’s NO DIVERSIFICATION among governments of Western societies: the U.S., Japan, Europe, and others are all PRINTING, so there’s a clear trend here.

They all feel that the END-GAME is approaching, so if debt restructuring is close at hand, why not PRINT NOW and forgive later?