Seriously, I never would have thought I’d see the day, but I think the United States, as a country, has reached a collective consensus decision that it has overspent.

I personally didn’t think I’d see the day that both Democrats and Republicans would agree that spending has a clear adverse impact, i.e. damage, on the state of the economy.

Yet, the times have changed and now they openly admit that borrowing the way to prosperity has reached its limit.

From now on, you’ll see way more politicians standing up for being frugal and being accountable for every dime the government wants to spend.

This isn’t the end of the infrastructure programs or the last we’ve heard about deficits, but the tides have turned on opening the spigots, borrowing at low rates (because the growth will more than fund it), or any other mantra you’ve previously heard from Washington.

People have been complaining about inflation on Main Street for years, but now the tycoons on Wall Street are also admitting it and that is when Washington starts paying attention. 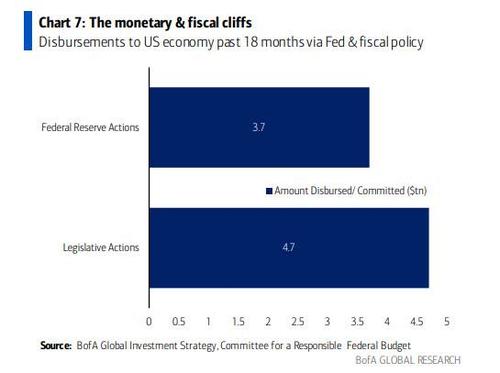 The hawks are back and Washington will actually be cheering on aggressive tightening!

Technology will no longer be this mighty deflationary force that can suppress inflation indefinitely.

No, we have reached the limit of its ability to do that in the post-Covid-19 economy, where shortages will linger for another year or two. We will then finally settle into a new reality, which isn’t comprised of a total revolution, but will have new themes to it that previously didn’t exist.

The market is on board with the tightening schedule, and while the FED can delay or announce that it has actually decided to start earlier, the trajectory is pretty clear.

Rates are going up! 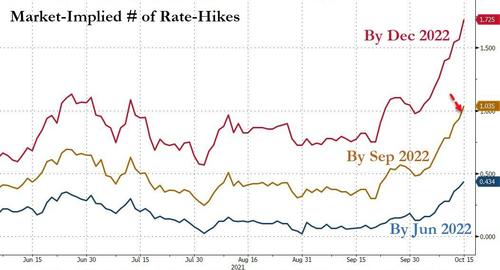 As you can see, inflation is still driving Bitcoin higher. We believe the trend is strong and that the price has more potential baked into it. 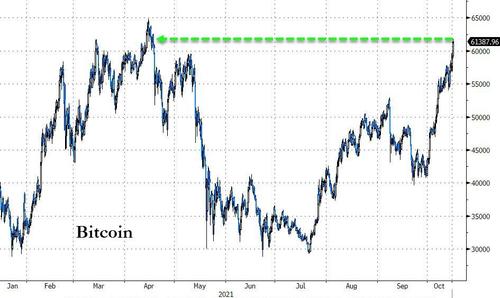 You’ll begin to see the language towards inflation gradually become more aggressive. Politicians “will not tolerate it” and will “want to crush it, before it crushes us.”

Congress will debate the necessity of programs and will “want to trim the fat” because this is hurting the little guy.

The markets will continue to transition more funds into dividend companies and inflation hedges and move out of stay-at-home stocks, which lose a part of their competitive advantages as we move away from restrictions. 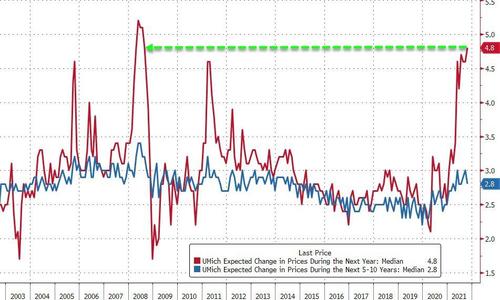 People are bracing for more: higher prices, more commodities pressure, more shortages. Is your portfolio ready for this huge change?