TESLA, APPLE, AUDI, GENERAL MOTORS AND FORD ARE DOOMED WITHOUT THIS TINY COMPANY!

Our team was able to pin down what might turn out to be the biggest news in the electric vehicles market in 2018.

We have one staff member, who follows the news releases of publicly-traded companies closely, so we can jump on opportunities faster than individual investors can.

But, what he caught onto yesterday is rare. In fact, it’s never happened before! 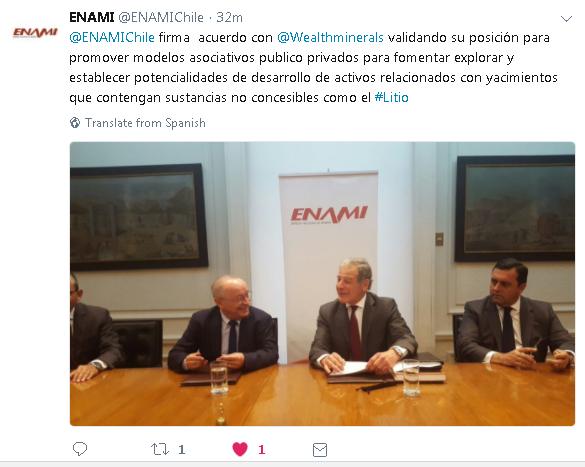 ENAMI, the Chilean state-owned mining company, tweeted this out…

As you can see, the news involves a company named Wealth Minerals LTD (TSX-V: WML & US: WMLLF), so we immediately looked into the details of this mega-deal.

We knew that the company’s founder and CEO, Henk Van Alphen, is one of the most recognized people in the hard assets world, and that he has a history of building companies, which become unbelievable successes, such as a silver play, which soared from $0.60 to $10.00. So, we checked what Wealth Minerals published immediately!

The biggest piece of news was released – CHECK THIS OUT!

The stock is CHEAP right now, but this news is like Coca-Cola announcing that PepsiCo will stop selling Pepsi effective immediately – it’s a game changer.

Andrew Carnegie is the wealthiest natural resources tycoon of all times. His strategy should be studied by every mining executive.

His reasoning was, and it was spot on, that if he could lower the price of steel significantly, then steel would be used in many industries and he could increase production.

This is precisely what’s happening with electric vehicles – companies have found technologically brilliant ways of reducing the cost of the batteries, which power them, so that it can become more affordable. 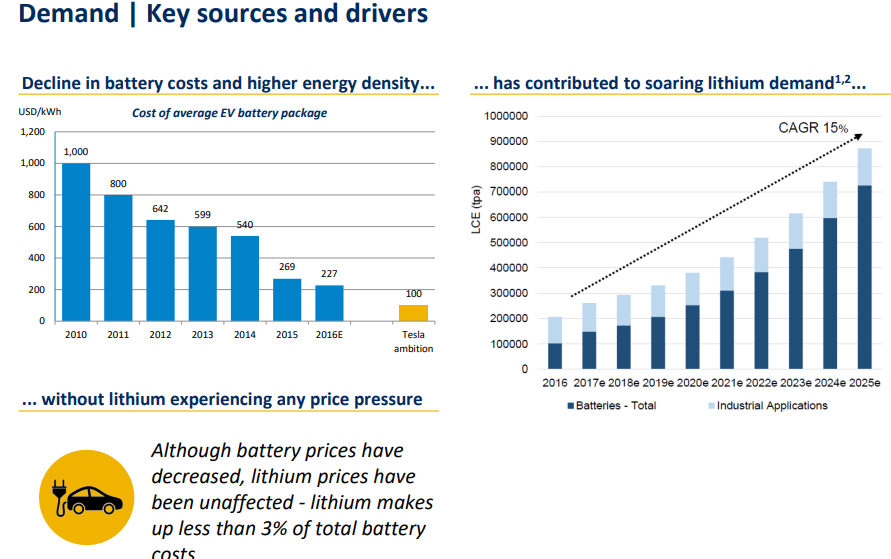 Thus, much more lithium is needed to meet the exploding demand – lithium is becoming a strategic natural treasure. In Chile, which produces 33% of the world’s lithium supply, they actually, by law, do not allow companies to export lithium, unless the miner is a state-owned company or a joint venture with a private/public company, in which the state-owned company has a stake in it.

In other words, the best scenario for lithium companies is for a state-owned company to sign a Joint Venture agreement with the company they're a shareholder of – that’s equivalent to the difference between having a green light or being stuck in traffic.

Wealth Minerals LTD (TSX-V: WML & US: WMLLF) just signed this type of agreement with ENAMI and now owns 10% of the Chilean subsidiary of WML. This means WML just became the most undervalued lithium play in the world. 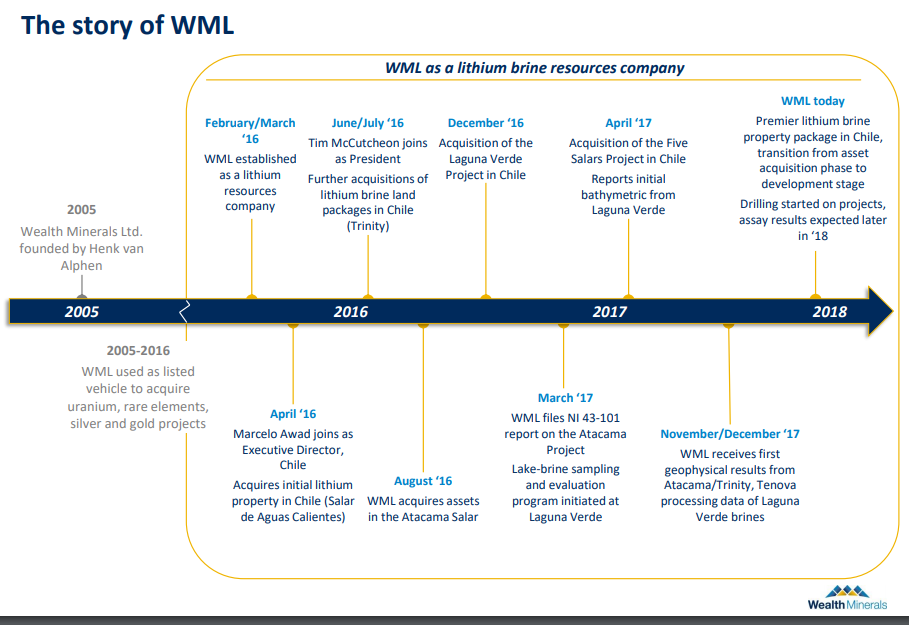 Here are the full details:

Put differently, Wealth Minerals just turned from a Canadian-based exploration company, with 5 world-class exploration-stage assets in the most prolific region on the planet, to the only company in the world, with the permits in place to export lithium out of Chile, under the 1979 law.

To be exact, there are other companies, which have approvals to mine lithium in Chile and export it, but they either don’t actually own their assets (just service them), or they’re not a pure-play lithium company whatsoever.

This is the pinnacle – there’s simply no other way to describe this news. 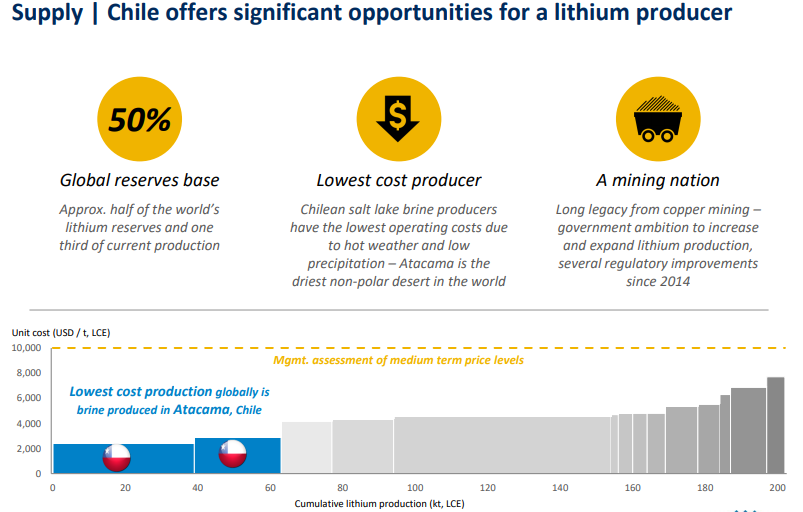 Chile is the capital of global lithium production. Atacama Salar is the world’s lowest-cost region. WML has 5 different properties in the region, and they’re the only one, which both meets the Chilean laws for exporting and owning their licenses.

With this news in place, WML has now become, as Portfolio Wealth Global sees it, the No.1, most obvious takeover deal out there.

This is the 1st time in my career, where I’ve seen a set up so potentially lucrative.

In fact, I’m so confident about this play that I’ll be using my power of attorney and putting in a large bid in my father’s name immediately. 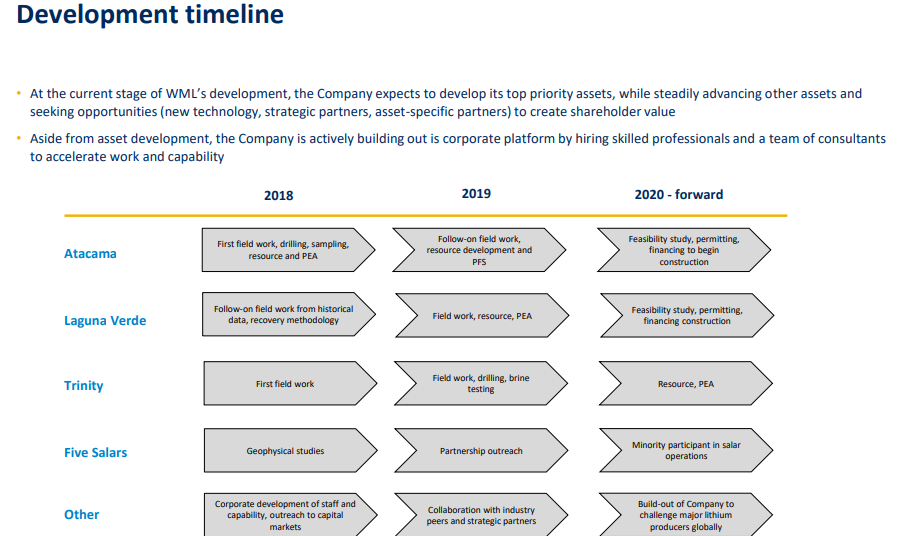 This work is based on public filings, current events, interviews, corporate press releases, and what we've learned as financial journalists. It may contain errors, and you shouldn't make any investment decision based solely on what you read here. It's your money and your responsibility. The information herein is not intended to be personal legal or investment advice and may not be appropriate or applicable for all readers. If personal advice is needed, the services of a qualified legal, investment, or tax professional should be sought.

Never base any decision off of our advertorials. Portfolio Wealth Global stock profiles are intended to be stock ideas, NOT recommendations.

The ideas we present are high-risk, and you can lose your entire investment. We are not stock pickers, market timers, or investment advisers, and you should not base any investment decision off our website, emails, videos, or anything we publish.  Please do your own research before investing. It is crucial that you at least look at current public filings and read the latest press releases. Information contained in this profile was extracted from current documents filed with the public, the company website, and other publicly available sources deemed reliable. Never base any investment decision on information contained in our website, emails, or any of our publications. Our report is not intended to be, nor should it be, construed as an offer to buy or sell, or a solicitation of an offer to buy or sell securities, or as a recommendation to purchase anything. This publication may provide the addresses or contain hyperlinks to websites; we disclaim any responsibility for the content of any such other websites. We currently hold a position in Wealth Minerals and have no business relationship (no compensation). Please use our site as a place to get ideas. Enjoy our videos and news analyses, but never make an investment decision based off of anything we say.

Be an insider of the mining sector and stay well ahead of the game!

Get the Exclusive Report on how to profit from Cobalt now!