The reporting on coronavirus is getting shadier and less transparent by the second. I’ve seen credible reports, eye-witness testimonies and video footage that leave no doubt in my mind that there’s been a cover-up regarding the severity of this predicament.

All of these have caused the Chinese central bank, the People’s Bank of China, to PUMP additional credit currency into their economy, that it could have potentially alleviated much of the poverty in Africa if handed out to suffering individuals. SO MUCH MONEY has been offered up as bailout, that I wonder when this type of activity will be considered a crime against future generations of unborn taxpayers. 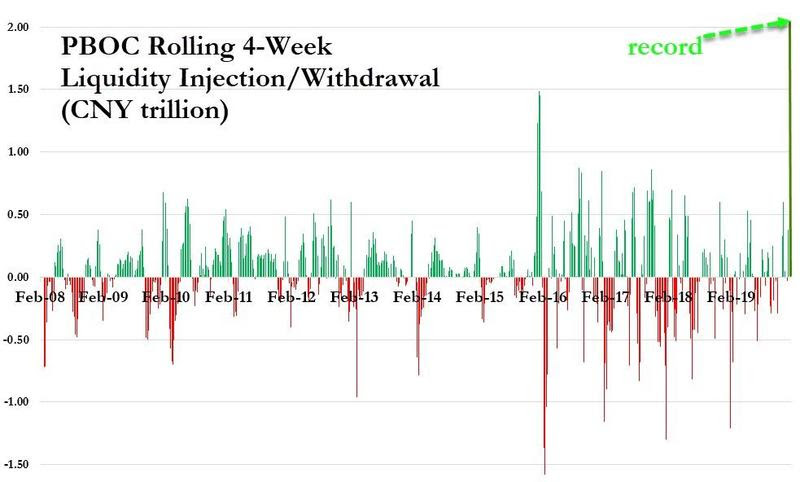 This is just nuts; funny thing is that I didn’t know that printing currency cures the virus.

Now we know with 100% certainty that central banks still have veto power over massive stimulus packages and it won’t take much for other central bankers to EASE their own jurisdictions’ monetary conditions.

JPMorgan now predicts that the Chinese economy will ACTUALLY contract in Q1! 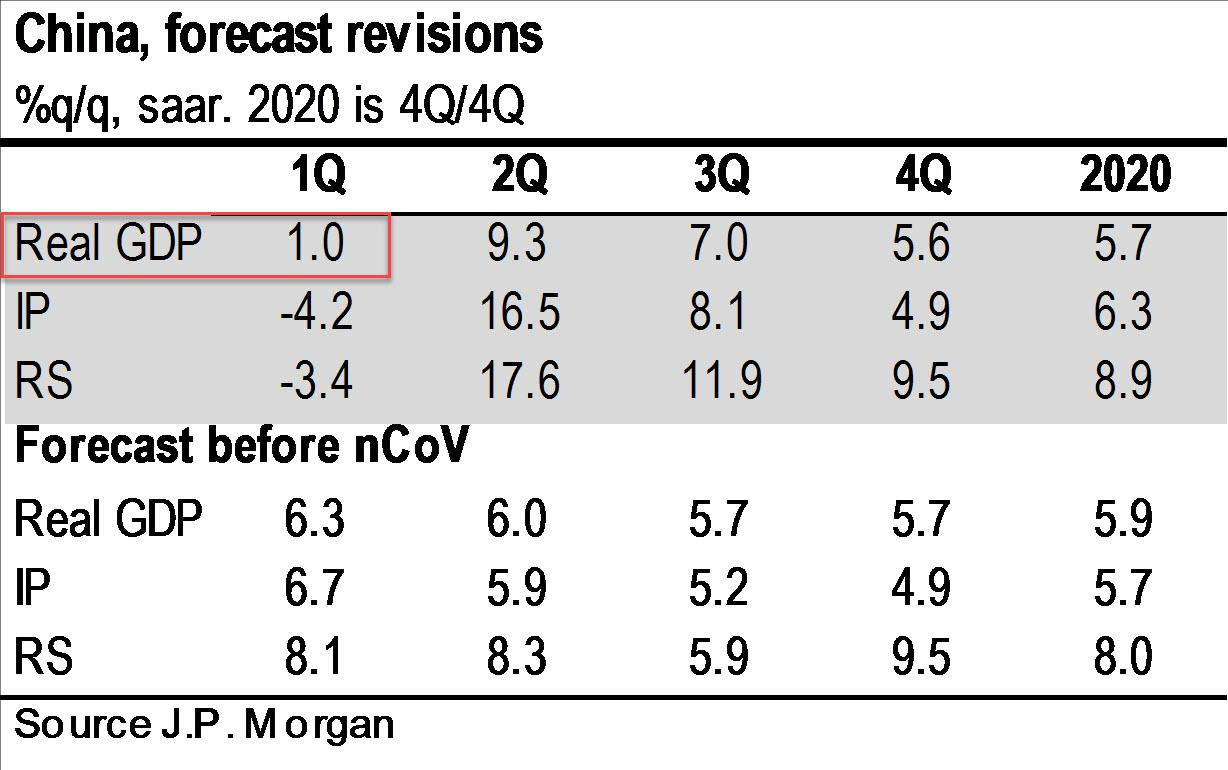 If this ends up being anything like the SARS scare in 2003, the pent-up energy built up into the markets will create both a (1) market rally and a (2) gold/silver spike, as the delayed inflation and sigh of relief take us HIGHER.

Underneath this backdrop of financial lunacy, in the real economy, we KNOW that BABY BOOMERS continue to control 60% of the wealth that American households possess and that WELLNESS is a MAJOR trend with significant upside.

After 10 years of rising prices, especially in recent months with the middle-class comeback into equities getting stronger, there’s GREED and RISK-TAKING on a grand scale; there are hardly any companies that trade at a DISCOUNT, compared with their 52-week highs.

We’ve been closely monitoring a company that we’ve profiled in the past. Its share price is 85.8% BELOW its all-time high from September of 2018 and 83% BELOW its recent high that was set in February 2019. The company’s market cap is ONLY CAD$11.6M. Its 9 products are SOLD in approximately 2,400 GNC locations and 1,100 Walmart branches!

Both Walmart’s and GNC’s purchase departments INITIATED contact with Koios Beverages Corp. (CSE: KBEV & US: KBEVF) in order to begin a working relationship in 2019. Koios’ products are now sold in an estimated 1,100 Walmart stores. GNC also contacted Koios and requested to start selling their PROPRIETARY blend of nootropic beverages. Both of these MEGA-RETAILERS have been selling Koios drinks for close to a full year!

Koios is now in thousands of GNC stores across America!

Last year, when Koios announced its relationship with Walmart, its common shares soared from CAD$0.28 to CAD$0.91 within days.

Here’s the deal, though: one year ago, Koios didn’t have its Fit SodaTM line of products in stores. Fit SodaTM consists of four uniquely flavored, 0-calorie drinks, with no artificial colors, flavors or preservatives and they are becoming a huge HIT with consumers.

The trademarked drinks hold proprietary formulations that CAN’T be replicated by new entrants and competitors.

Look at the following, from a valuations perspective:

Currently, we’re in the lowest price range since Koios began trading, BUT it is generating revenues and is projected to increase those revenues through 2020 and 2021.

The market cap is only USD$8M, so without a doubt it’s a young company that we’re entering during its earliest stages.

Disclosure/Disclaimer:
We are not brokers, investment or financial advisers, and you should not rely on the information herein as investment advice. If you are seeking personal investment advice, please contact a qualified and registered broker, investment adviser or financial adviser. You should not make any investment decisions based on our communications. Our stock profiles are intended to highlight certain companies for YOUR further investigation; they are NOT recommendations. The securities issued by the companies we profile should be considered high risk and, if you do invest, you may lose your entire investment. Please do your own research before investing, including reading the companies’ SEC filings, press releases, and risk disclosures. Information contained in this profile was provided by the company, extracted from SEC filings, company websites, and other publicly available sources. We believe the sources and information are accurate and reliable but we cannot guarantee it. You should know that we have been paid $250,000 by Koios Beverage Corp. (KBEVF) as consideration for a 30-day digital marketing campaign, which includes this communication.  While we do not expect to buy or sell shares of KBEVF during this marketing campaign, we may do so once it ends. In the past, KBEVF has compensated us (and/or our affiliated companies Future Money Trends LLC and Gold Standard Media) a total of $250,000 (2019) and $342,000 (2018) for prior, now concluded, marketing campaigns. We also currently own warrants to acquire 990,566 shares of KBEVF with a conversion price of CAD$0.35, which we received from KBEVF in connection with our prior work.