MARKETS WILL RETURN TO 1999 LEVELS: Charles Nenner Sticks to his Guns

In a market that defies logic and in a world where governments manipulate statistics to paint a rosy picture of the economy, occasionally we hear talk of a financial bubble forming. Very few analysts, however, are actually on record as having correctly predicted market crashes – and even fewer of them would dare to predict a downturn in today’s seemingly robust market.

The Portfolio Wealth Global team actually had the chance to speak with an individual who fits that description: Charles Nenner, whose uncannily accurate daily research reports, articles, podcast, and more can be found at the Charles Nenner Research Center, located on the web at CharlesNenner.com.

Considered by many to be among the world’s best economic forecasters, Dr. Charles Nenner earned a medical degree from the University of Amsterdam in 1984 prior to embarking on a long and distinguished career as a financial consultant, researcher, and analyst. He has worked for Windsor NY, Merrill Lynch, Goldman Sachs, Rabobank International, and Ofek Securities in Tel Aviv.

Dr. Nenner has been the talk of Wall Street since accurately predicting some of the biggest moves in the markets over the past few years. His newsletter focuses on various financial markets – equities, bonds, commodities (oil and gold) and currencies (euro, yen, Aussie dollar), as well as economic indicators (the VIX, payrolls, etc). 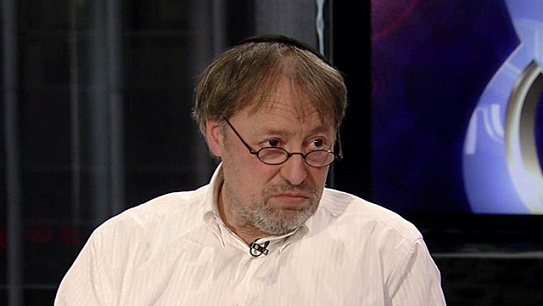 Since he has gone on record as saying that the three main indexes (S&P 500, Dow Jones, and NASDAQ) will all go back to 1999 levels, Portfolio Wealth Global wanted to know whether Dr. Nenner is sticking by that prediction. According to Charles Nenner, he is indeed sticking to it, saying that the indexes could even go lower and that he has a lower target at the 1999 levels.

He told us that he has been out of the markets since January of this year, which, according to Charles Nenner, was the height of the cycle. Dr. Nenner explained that all of the news is already out in the markets, so whenever we hear that everything in the economy is good, Charles says that whatever we hear is already in the price.

While stocks print fresh all-time highs, precious metals remain at stubbornly low price points. Portfolio Wealth Global inquired about the outlook for gold, and according to Charles Nenner, he sold gold at $1,365 and is still short gold. His short target for gold is $1,153, and Dr. Nenner stated that after a bounce he believes gold can go lower to $1,000 or even $950.

It’s not all grave news, however, for patient gold bugs. When will the recovery in precious metals, and particularly gold, finally take place? According to Charles Nenner, investors will have to wait six to eight months for the next upward move in gold.

The predictions of Dr. Charles Nenner, such as the ones he gave in our interview, are taken very seriously in the financial arena. This is due to his system’s consistent accuracy: according to Charles Nenner, his system predicted the 2008 global financial crash – even providing the exact level where it started, at Dow 14,300, and the exact date when it would trigger.

He provided this prediction on July on CNBC when the Dow was at 10,000; Dr. Nenner said that the Dow would go to 10,300 on December 27, 2007. That, according to Charles Nenner, is exactly what happened, and the proof is posted on his website at CharlesNenner.com.

The Portfolio Wealth Global team is keeping tabs on Dr. Nenner’s highly accurate predictions, and you can check out our interview to get his outlook on what’s happening in the financial markets right now. We also invite you to get a copy of our latest reports so that you can protect yourself while enhancing your portfolio’s performance: check out the report on how to shelter your portfolio from the coming bonds collapse, our guide to diversifying with a simple three-part portfolio, along with Portfolio Wealth Global’s exclusive report on how to profit from gold’s next bull market.