When I visited the Vatican Museum in Rome, I was fascinated with all of the maps depicting how the planet looks like, painted by all the great explorers. I can imagine it now; the Middle Ages’ MOST PROLIFIC adventurers, the defiant ones that risked everything in the name of the church and SAILED THE SEAS in order to find riches from afar, drawing these maps while being CERTAIN ABOUT their accuracy.

Today, any kid with a phone could instantly see how FOOLISH AND WRONG the people popes and kings trusted with their fortunes were regarding how planet Earth really looks like. They worked under wrong premises and false information.

I get a kick out of it because today’s politicians ADMIRE Jay Powell even though he’s confidently leading the world, along with other powerful central banks, INTO OBLIVION.

Gold is not in a mania; it is reacting, by way of buyer demand, to the experimental nature of these bailouts from The Great Lockdown. It is not done and there are mountains of cash that could get interested in gold, when inflation is recognized as a problem. 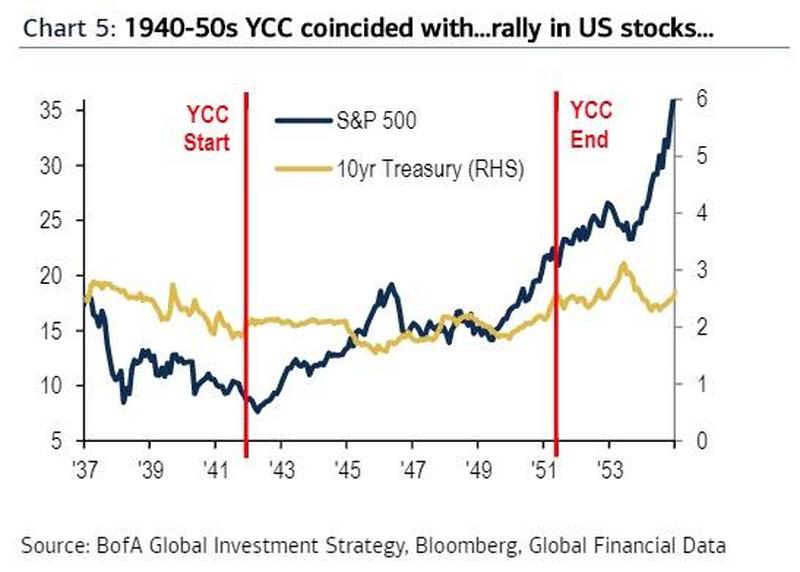 The FED is rightfully opposed to negative rates in America, knowing FULL WELL that in an economy like this, seeing rates this low would create such misbehaviors that they would be UNFIXABLE.

The way to ensure we don’t get negative rates is simple: CENTRALLY INTERVENE in the bond market. In the 1940s, it led to POSITIVE RETURNS for the stock market, so the bankers are deducing it will have the same effect now.

That’s like looking at the front porch through a straw and believing you know what’s going on in the backyard.

So many other factors could have contributed to the 1940s’ rally, but they want to place the catalyst as YIELD CURVE CONTROL and they will. 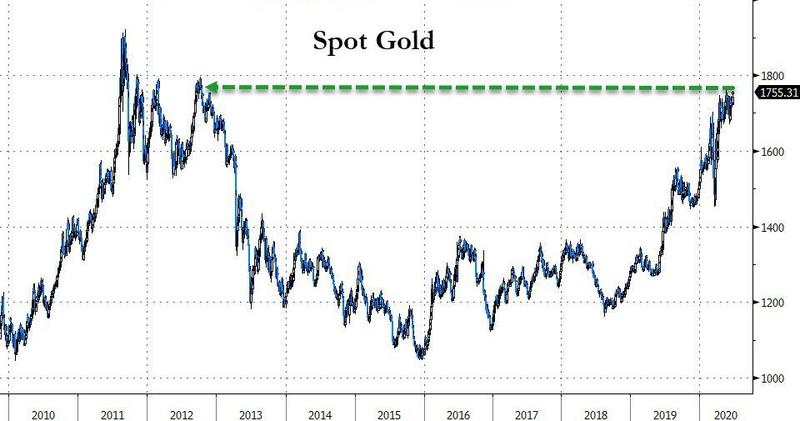 Gold already smells a WEAK DOLLAR and it is WITHIN INCHES of going over the critical 2012 levels. From there, it will enter into ALL-TIME high territory.

We don’t anticipate this policy to be introduced before the elections, which gives us the impression that the FED will need to buy time from now until November.

This means they have to keep the PEDDLE TO THE METAL and pump liquidity at full force.

With only 4.5 months to go, they can’t be seen as meddling with the elections. 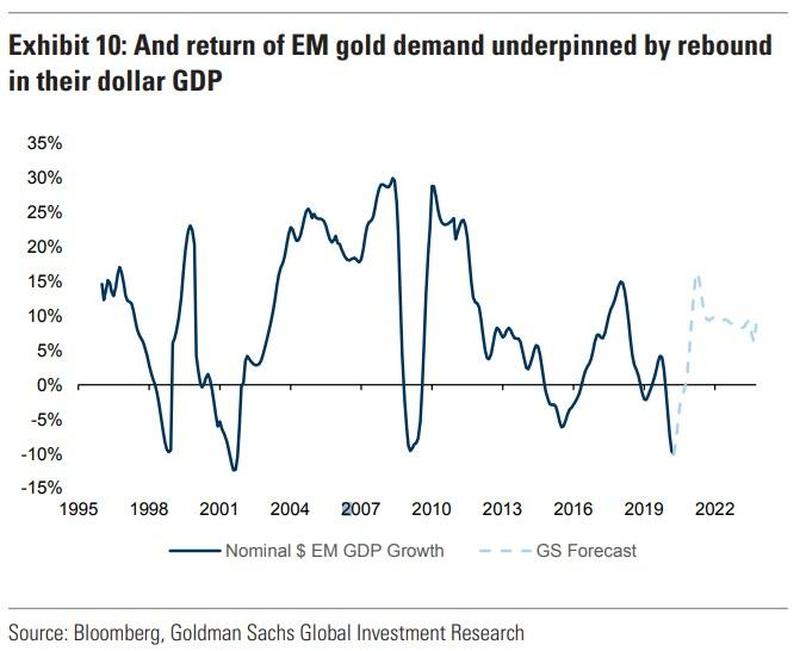 For gold, the biggest thing is that IT RALLIED so nicely despite a strong dollar and weak emerging markets.

As you can see, when emerging markets begin to trend higher, gold has a shot at some WILD GAINS.

This is my underlying thesis: the emerging markets must SNAP OUT of the recession for this to work.

We anticipate this occurring within 6-8 months, so any gold rally before that time would be a CHERRY ON TOP! 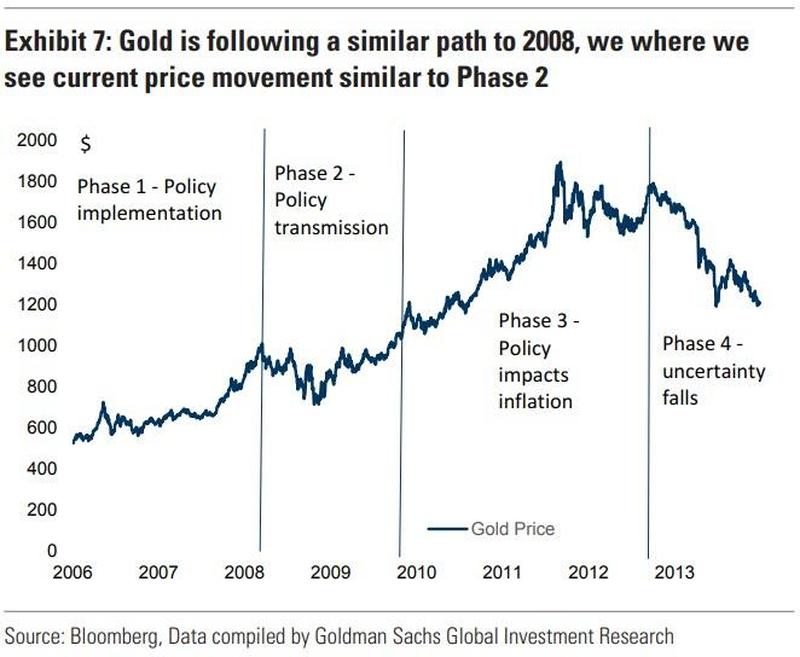 Just as we have, Goldman Sachs is comparing this gold boom to 2009 and claiming we are at PHASE TWO, which hints to the fact they believe gold could DOUBLE FROM HERE!

Gold is not a PRIMITIVE ASSET, nor a thing of the past.

Instead, gold is proving to be USEFUL and necessary, even in the 21st century, since a lack of trust in government is ETERNAL and central banking is impossible over the long-term.

Think about the big picture and prepare for the inevitable collapse.