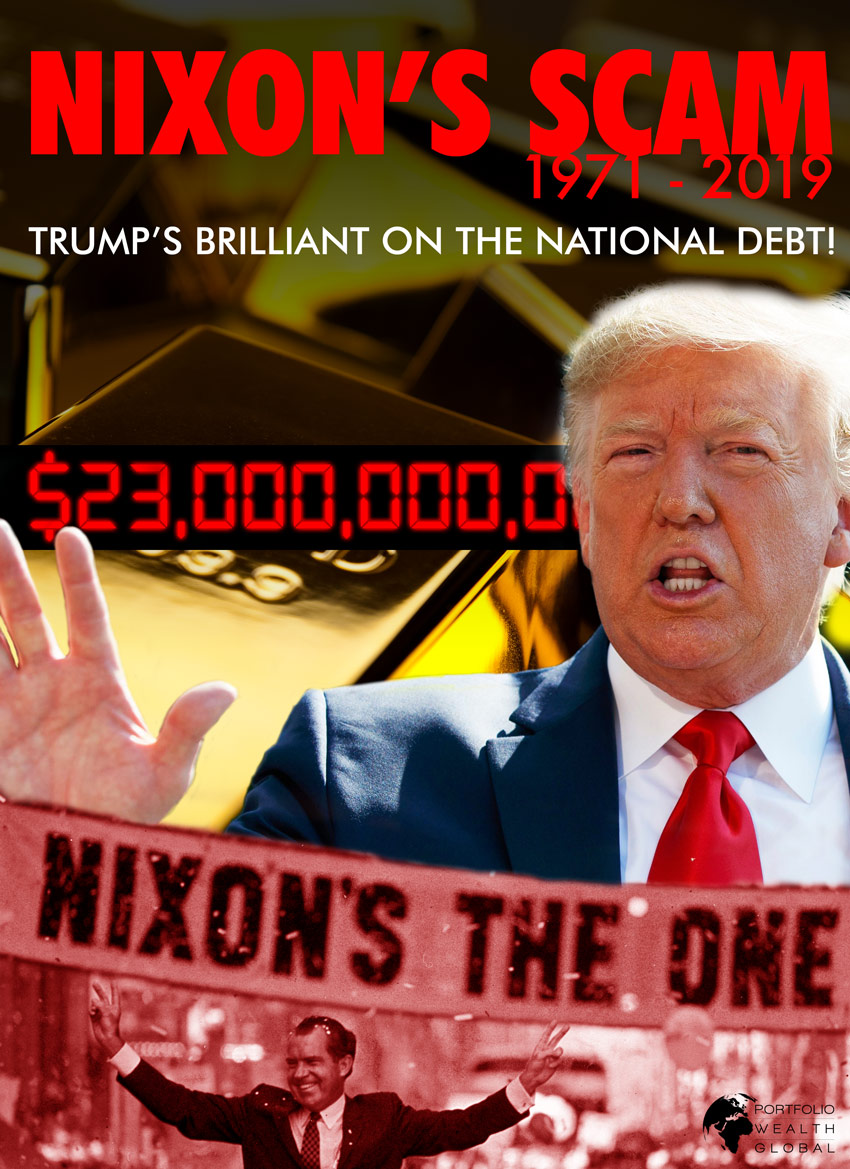 Richard Nixon was president of the United States, when the country was at its most prominent place. It was rich, powerful, enjoying supremacy and he MADE IT worse.

By decoupling the dollar from gold, he made it so that politicians and bankers control the world, to a far greater extent than normal.

They enjoy a monopoly over credit and currency.

Trump understands the predicament the USA now faces, with annual $1T deficits and he sees a golden opportunity on how to deal with it IMMEDIATELY.