This past week our NO.1 silver stock soared by 21%. At one point, it was UP 35% from our alert price. The broad indices rallied as well, which is a change, compared with the fact that up until now, miners did not go higher, while FAANG stocks were trending up as well. For miners to get investor bids, at the same time as tech stocks, constitutes a change in attitude. Investors understand that diversification is better than concentration on tech and growth, solely.

As we said in our latest letter, Trump and Mnuchin called the bottom, for now… 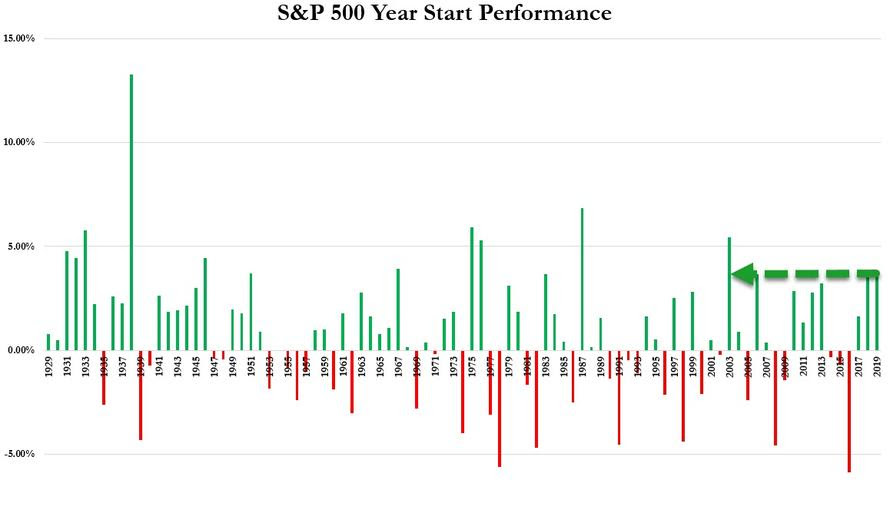 This is the best opening of any calendar year since 2003.

Investors went from being more bearish and panicked than they were in 2008, in the December sell-off, to incredibly complacent and willing to go on the offense just a week later.

The VIX Index has fallen from the open to the close for 12 consecutive sessions, which is the longest such period since 2009, and if it goes down tomorrow as well, it will equal its 13-day run in 1992, the longest in its history. Apparently, investors have drunk the Kool-Aid and are disregarding the major problems of geopolitics in favor of optimism that these issues will come to a resolution soon.

Jerome Powell’s remarks on keeping the FED’s options open, on slowing down rate hikes or pausing them for a while, on taking a rest in shrinking the balance sheet, and on being ready to act on a moment’s notice, which is code word for ready to pump liquidity, did the trick, it seems.

But, as the markets toy with key technical levels for the major indices, I’m not convinced that this isn’t a sucker’s rally, which is going to hurt all the optimists, who are buying the dip, prematurely. 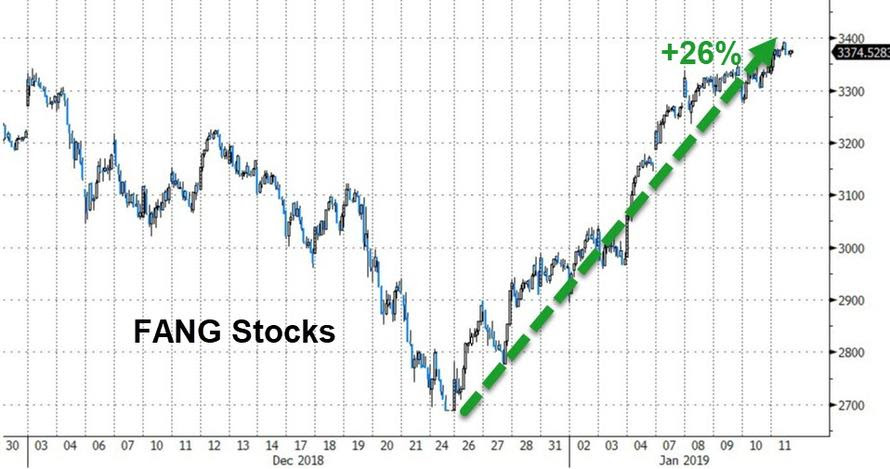 It is fascinating to see the dynamics between investors’ ability to buy stocks in the face of government shutdown, which has now officially turned into the longest one in history and the emotional roller-coaster that come right after!

Citi Group’s analysts are, indeed, telling their clients to buy the dip, noting that there’s no sign of recession in sight, but history tells us that, first of all, (1) the market gives weight, next (2) a recession hits, if at all.

There is a record number of analysts revising their profit estimates down this year, which isn’t indicative of market peaks at all, though. When euphoria prevails, analysts, the mainstream media, your mom, and the taxi driver, all become gurus and experts on picking winners. 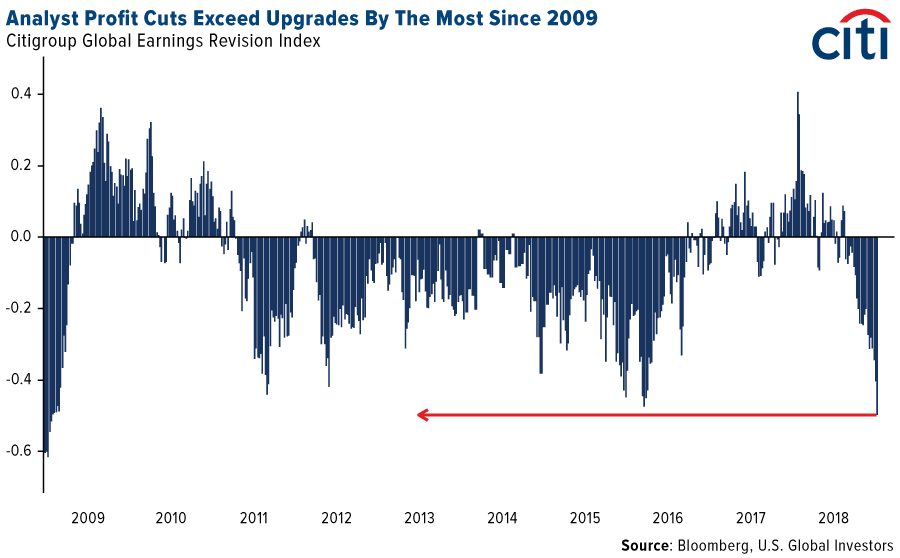 What other banks, besides Citi, are highlighting at the moment, is the importance of gold, as politicians in the U.S. face-off in a battle of values, of wills, and of playing a game of chicken, concerning the border wall.

Goldman Sachs, for example, a bank that disgusts me with its unfair trading practices, like shorting trades, while telling their clients own to go LONG at the same time, employs, nonetheless, some of the most accurate commodity traders on the planet.

They’ve raised their end-of-year price target to $1,425/ounce, which is even higher than my own.

Even BlackRock, the largest asset manager in the world, with $6T under management, enough money to move armies, is very bullish on gold.

The border wall confrontation is the defining moment in President Trump’s term.

In the meantime, until political parties figure out how to resolve this mess, 800,000 government workers are living without salaries and having to deal with financial constraints.

Most of them have debt. In fact, some have already filed for unemployment benefits.

The federal government pays $1.5B a day in interest payments. For them to approve a $5.7B border wall budget is a walk in the park, in terms of funds needed.

This is a stand-off between egomaniacs, not a meaningful budget debate. It’s a battle for supremacy. No one wants to look weak, but, believe me, when I speak with foreigners, they tell me that the United States looks weak and unstable, no matter how this comes to a close.

With gold entering a clear uptrend, a confirmed one, as you can see, Portfolio Wealth Global is watching the inflation numbers that are due soon, to determine just how confident we can be that gold will not be manipulated down this time. Rather, we want to see that investor demand will overpower the COMEX price-suppressing schemes.

There’s even further proof of this trend for commodities, which I’ll present this Tuesday, as we will publish a Big Picture Overview for 2019.

This work is based on SEC filings, current events, interviews, corporate press releases and what we’ve learned as financial journalists. It may contain errors and you shouldn’t make any investment decision based solely on what you read here. It’s your money and your responsibility. Wallace Hill Partners LTD, a Canadian company, which is owned by the same parties as portfolio wealth global llc, has been compensated fifty thousand dollars, directly by the company for a sixty-day marketing campaign. The information herein is not intended to be personal legal or investment advice and may not be appropriate or applicable for all readers. If personal advice is needed, the services of a qualified legal, investment or tax professional should be sought.