OUT OF THE WOODS: That’s It? Beware – SUCKER’S RALLY!

Monday’s action was certainly not what investors thought when the markets closed on Friday. An Experienced investor was texting me that, after a full weekend of fear-mongering by the mainstream media, we would see the worst of it on Monday. I was silent, didn’t reply, but internally I was thinking that, fundamentally, investors have NOWHERE else to put their money other than in stocks.

When you have tech companies that grow at 5%-7% per annum, and blue-chip household names that grow at a 4%-6% pace, all paying dividends, why wouldn’t stocks trade at these multiples, given the alternatives?

Not only that, but with nearly a 100% CERTAINTY, by the end of March, all major central banks and G7 governments will embark on monetary and fiscal programs to stimulate economic activity.

From Japan to China, from Germany to Italy, from Washington to the European Union, they’re at it again. The average person doesn’t want to be bothered with these topics and he’ll keep getting marginalized and screwed by this system.

We live in the TRUSTWORTHY information age, so if you’re not getting the most reliable data from the best sources, you’re on the OUTSIDE, fed by the propoganda machines. 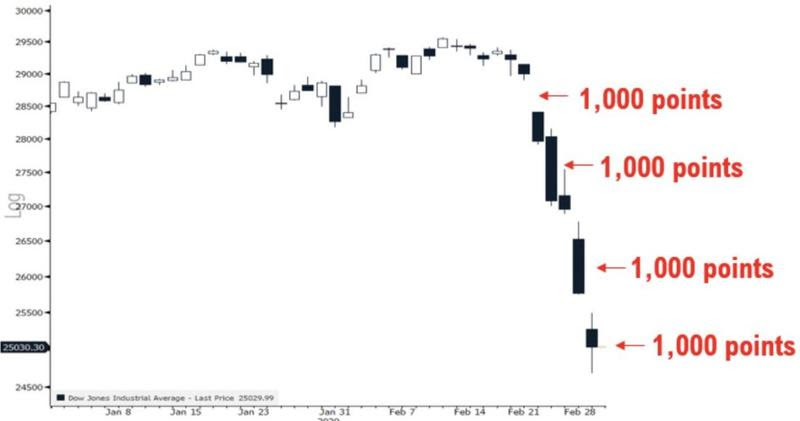 The most accurate banking forecaster out there, Goldman Sachs, is ENVISIONING a tremendous stimulus plan from many central banks, effective immediately.

Real rates (interest rates, minus inflation) are moving back into DEEP negative territory. I am telling you that gold is standing on a launchpad. Its rally is NOT caused by the virus, but by the fact that cash is trash, when compared to GOLD.

The coronavirus was a black swan event, but so were plenty of others, which didn’t rattle the markets. The fact is that we were due for a pullback, but I was stunned by how investors just scrambled to sell their portfolios and left the room, nowhere to be seen.

Personally, I didn’t sell anything. On the contrary, there are a number of companies that finally reached my limit orders. Some of them I’d been waiting for close to a year to go down.

Thanks to the panic, which resembled 2008, I got my chance. 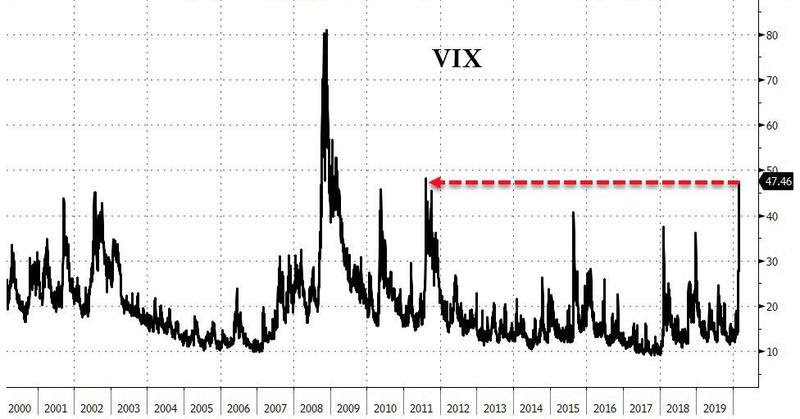 It could be that the algorithms haven’t finished their selling, because you can see that they were more aggressive last year in the mini-bear market, but they certainly are close to their boundaries.

The bottom line is that this crash got bonds to their most expensive point in history.

When you lend any government money today, you are THROWING cash out the window. It’s the most unnecessary action one can take and all billionaires are puzzled by it. Warren Buffett was bewildered by it. Paul Tudor Jones shakes his head. Ray Dalio is amused by it. Howard Marks is perplexed and the list goes on and on and on.

Whoever is buying bonds here has not contemplated his strategy thoroughly.

When inflation just begins to resurface, the losses will be gigantic. This bet that inflation has left our planet for good is the dumbest concept I’ve heard in my 18 years of investing. 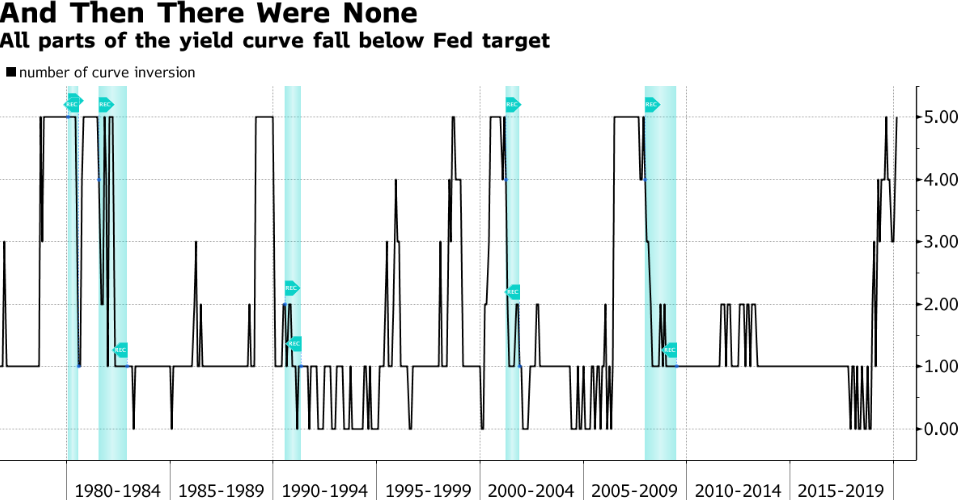 History says that we are definitely not out of the woods yet. Statistically speaking, the market will WAIT. It will wait until the FED meeting later this month before making a definitive choice.

Use this period to make your own choices.

Things won’t be EASY, going forward. This is the endgame for old, antiquated paradigms.