Here we go; The FED did not frighten the markets with hawkishness, as was feared and as was priced-in.

Powell was asked about Paul Volcker. Literally, this shows how mad of a robotic casino some Wall Street firms have become; once the journalist asked the question, even without Powell addressing it, algorithms sold stocks, at the mere mention of Volcker’s name.

Paul Volcker was the FED Chairman that the President of the United States appointed to stop and curtail the inflationary and borderline hyperinflationary crisis of the 1970’s.

Powell complemented Volcker, but not for his policies. He said that the lesson Volcker taught us was to always go with your heart and not be afraid of making tough decisions, if that’s what the country needs, but Powell did not praise Volcker’s strategy of raising rates.

After all, if he did think along similar lines, then yesterday would not have been a mere 0.50% rate hike, but a 0.75% or a full one percentage point with to come.

Jerome Powell deeply understands that if the markets believe in the FED, then his mere guidance, his words, in the way he is taking time to detail the FED’s future plans, even BEFORE they actually implement them, create immediate action from Wall Street.

The Bank of England decided to ruin all of the confidence the FED sprayed on markets with nuclear rain.

Their central bank raised interest rates, said that they’ve lost control over it, that it will reach 10% this year, that their policies will very likely lead to a recession in England and throughout Europe and might trickle into China!

What a CATASTROPHIC statement.

On that news, markets began a free-fall and I wouldn’t be surprised if circuit-breakers halt trading, if calm and trust don’t prevail.

This is BREAKING NEWS!

END_OF_DOCUMENT_TOKEN_TO_BE_REPLACED 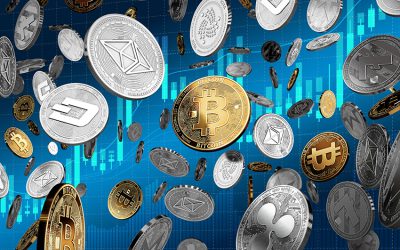 END of BITCOIN: Real Estate is NEXT!

Not many have heard the name Sam Zell, but the billionaire real estate tycoon is a well-known figure in his circles. When Sam’s daughter was working with Stephen Schwarzman on Wall Street in the early 1980s, she told her dad that Schwarzman had left the investment bank he was with and founded a private equity firm called Blackstone.