PEDAL TO THE METAL: Copper Set to Skyrocket!

It’s a stairway to the stars: every time I check the numbers, this one metal is increasing in value. As the tariff war winds down and a deal between the U.S. and China becomes an inevitability, copper sector investors will be the ultimate beneficiary, and mining shares are the perfect vehicle for profits.

You see it in the charts and on the news: London copper prices rose for a sixth consecutive session on Wednesday, printing a fresh two-month high on the hope of a trade agreement between President Trump and Chinese President Xi Jinping. Both countries and presidents stand to gain tremendously when the trade battle is resolved, and the smart money is positioning itself with selected copper miners now.

The opening of free trade will boost copper prices substantially, but buying physical copper isn’t a simple matter: it’s not like you can go to your local precious metal dealer and expect them to try to sell you copper bars and coins like they would with gold or silver. Mining shares are, far and away, the simplest and most effective way to get in on this trade, which is a rare event that won’t happen again anytime soon.

Unfortunately, there aren’t a whole lot of mining companies that focus on the copper trade as a pure play. Sure, there are a few that mine copper as an afterthought, but they primarily focus on gold and silver exploration. However, there’s one company I’ve been keeping my eye on, Kutcho Copper (TSX-V: KC, OTC: KCCFF), which is a much purer and more direct copper mining play – after all, they’ve got the word “copper” in the company’s name.

There’s more than just the name, though, as this company mines right in the heart of mineral-rich northern British Columbia, which is known for its high-grade copper and mining-friendly local government. Situated on 100 kilometers of existing ground access in a development-ready region with a highly-skilled workforce, the 100%-owned Kutcho project presents an unbelievable opportunity for the company and its shareholders: 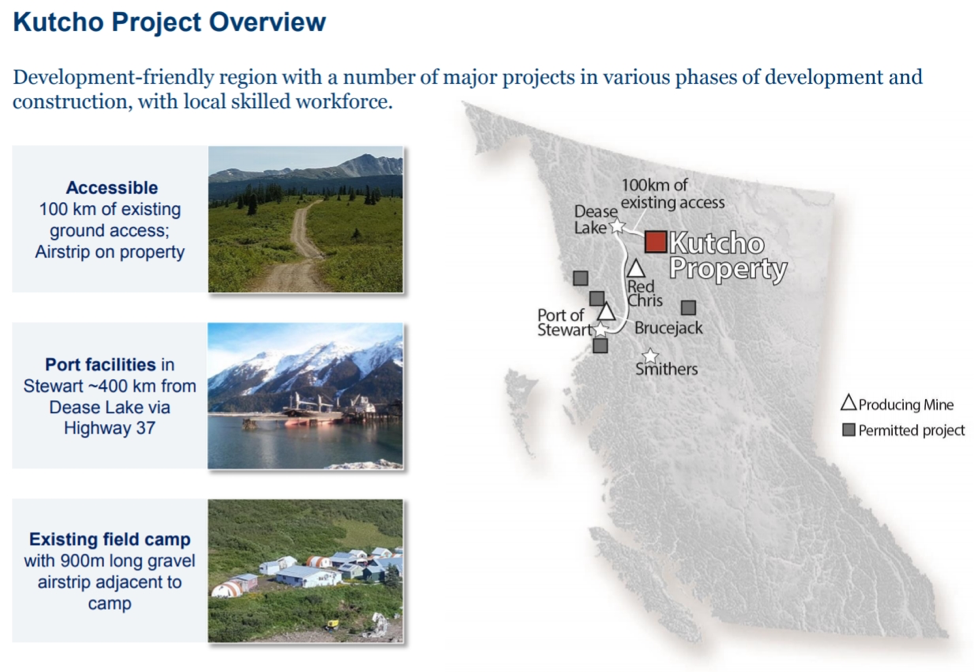 With a financing package of over $100 million from Wheaton Precious Metals Corp., the Kutcho project is greatly de-risked and progressing ahead of schedule. On top of that, an announcement just revealed that Kutcho has entered into an exploration agreement with Kaska Nation to work together on the Kutcho Project.

Kutcho Copper’s President and CEO, Vince Sorace, commented on the Kaska Nation agreement, saying that “the signing of the exploration agreement with Kaska marks a significant milestone in the evolution of the Kutcho Project. This agreement confirms Kutcho Copper and Kaska’s commitment to work collaboratively while maximizing opportunities for Kaska as the project advances towards development of the Feasibility Study.”

Mr. Sorace himself is one of the reasons why I’m so bullish on Kutcho as a company. With 25 years of experience in capital markets, including roles as the founder, president, and CEO of a number of private and public resource companies, Vince Sorace has raised over $200 million in equity and debt financings.

Highly renowned for his extensive experience in development, management, and public company governance in the resource and alternative energy sectors, Mr. Sorace’s crowning achievement is Kutcho Copper and the Kutcho project: he’s got an unbeatable management team, plenty of capital and backing, and exposure to the world’s richest region for high-grade copper exploration.

To sweeten the deal, you can accumulate shares of Kutcho stock right now at a terrific price. The valuation is obscenely low for a company with so much upside potential: KC shares are down by around 70% since January of 2018, where they were trading at almost a dollar: 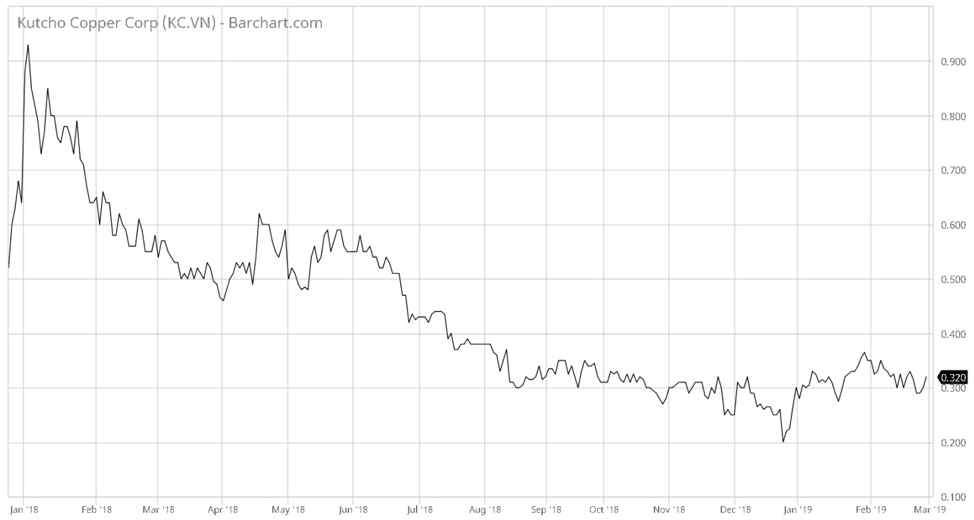 I only buy stock shares at prices that are much lower than the intrinsic value of the company, and this is a textbook example of how to get in at the bottom so you can ride it all the way back up. With copper prices on the move, it shouldn’t take very long before KC shares make a spectacular comeback.

For a serious and focused copper play with great leverage and a top team led by Mr. Vince Sorace, you just can’t go wrong with the absolute best miner in the copper industry today and for the rest of 2019: Kutcho Copper.

This work is based on SEC filings, current events, interviews, corporate press releases and what we’ve learned as financial journalists. It may contain errors and you shouldn’t make any investment decision based solely on what you read here. It’s your money and your responsibility. Gold Standard Media who has the same owners as Portfolio Wealth Global has been compensated five hundred thousand dollars for a three year marketing agreement. We are also shareholders of the company and consider the position a long term holding.The information herein is not intended to be personal legal or investment advice and may not be appropriate or applicable for all readers. If personal advice is needed, the services of a qualified legal, investment or tax professional should be sought.