POPULOUS ENRAGED: The Elites Will Get WHAT’S COMING!

The general population is beginning to understand that there is no grand recovery coming. The middle class is realizing that the NEW middle-class is actually just another way of saying Just Above Survival.

The 21st century is proving that that we’re moving away from a manual labor world into a thinking world; people that know how to make decisions and how to inspire organizations with their leadership skills, earn a salary that is equal to many multiples of what the employees that do the work get compensated.

This is NOT what students pay hundreds of thousands of dollars in tuition to learn. More and more, the business world is transitioning from one where the labor pool has control, through unionizing and through regulations to a world where workers are expandable.

Meanwhile, president Trump’s approval ratings are rebounding at the face of the ever-growing chances that the impeachment is not going to be just political theatre. 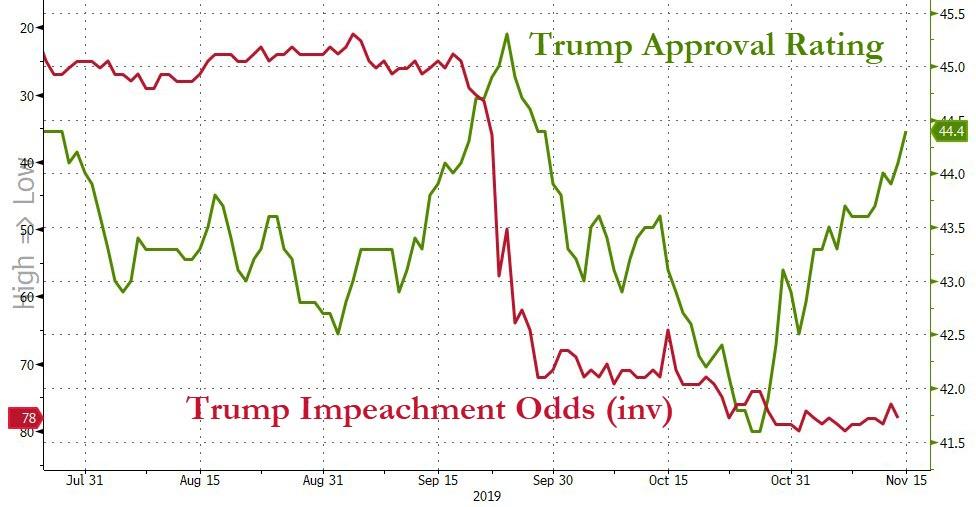 The political extremism in the States and in Europe is pointing a finger at the rich, at the banks, at the people, who are considered to be the captains of this ship and politicians are, without a doubt, EXPLOITING the rage to further their agendas.

Meanwhile, president Trump’s approval ratings are rebounding at the face of the ever-growing chances that the impeachment is not going to be just political theatre.

Our positions in Disney, Qualcomm, Starbucks and Nestle have all outperformed this, dishing out bigger dividends, along the way. Disney is up 44%, Qualcomm is up 69%, Nestle is up 32.8% and Starbucks is up 39%.

Investors wonder why the TSX Venture exchange is trading at an ALL-TIME LOW, while the rest of the global stock markets are raging and celebrating new highs:

The TSX Venture exchange, which is the home of most of the world’s mining companies and cannabis plays, has lost about 80% since 2011!

Central banks have signaled to investors that there’s no NEED to take speculative bets, when the taxpayers can pony-up the cash, whenever the large-cap indices go south.

Of course, in light of this, that venture companies, which are inherently risky, but hold a huge payoff, when they succeed, will be under the gun, on a constant basis.

When investors can earn 32.7% on the S&P 500 in the 10th year of a bull market and can generate 468% in ten years, in total, they could care less about commodities.

We don’t know when this artificial market boom, subsidized by taxpayers and future generations will come to an end, but I am certain of one thing; you don’t want to be HOLDING THE BAG!

If debts can be rolled-over, indefinitely, then the consequence of this low growth, low inflation, low rates planet would be that the segment of the population, which benefits the least from it (wage earners and fixed-income demographics) will demand political revolutions.

In the big picture, we’re in the midst of what is GRAND THEFT and the public looks to be pissed-off. Politicians will ride the populist wave, so expect a wild election year!