America’s backbone industry, construction and housing, is at a standstill.

Both buyers and sellers believe that they’re getting the short end of the stick.

Buyers think that interest rates will come down if they just wait a little longer, so they’re waiting.

Institutional buyers actually feel like interest rates could go higher and they’ll be able to buy cheaply, so both the average American and the funds are holding and sitting this one out.

Sellers are not putting properties on the market if they can avoid it.

They know that after a year of aggressive tightening, they’d be crazy to sell a performing asset that could sell for much more in the future when the panic evaporates and the recession clears the way to recovery.

This leaves us with those that are leveraged and need more funding to finalize a project, and the capital will now come at a higher cost.

Once the layoffs accelerate, and they will, housing will be hit hard and the consumer will get weaker.

Because we are nearing the new election cycle, Future Money Trends believes that by the June 2023 meeting, the FED will not be able to withstand the pressure of the recession, causing it to pivot. What I mean by this is that it will pause hikes and perhaps even signal that no more hikes will follow.

The leading economic indicators (LEI) are clearly behaving the same as they did in 2000 and 2007 when we had similar bubbles bursting, only this one wasn’t in Internet stocks or subprime lending, but rather overhiring! 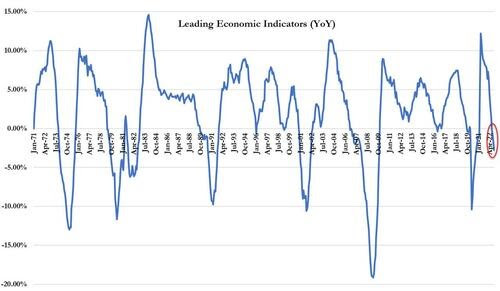 We now have the perfect conditions for a market bottom because the retail public is SCARED out of its mind. Retail is to the point where it’s shorting stocks on Wall Street itself. My, how the tables have turned.

The reason why investors are bearish to such an extent is that Wall Street calls the shots; they’re the big money, and their algorithms will keep selling until the conditions surprise them.

In all previous occasions of a big market crash, the FED was the catalyst for bottom formation.

I don’t think this time will be different. As it stands, retail is losing faith in the companies they thought were the disruptors of the future and are now struggling to stay afloat.

We are nearing the bottom!

Now, I want to focus on the central banks and their relentless purchases of gold.

An unknown buyer gobbled up approximately 300 tons of gold: 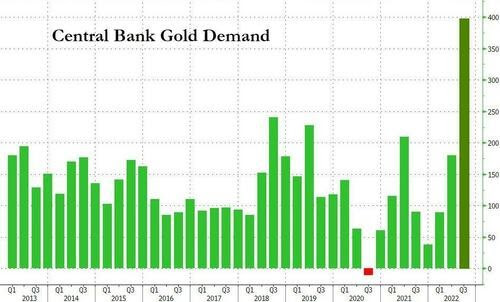 Why is this happening?

The short answer is that China and other players understand that the dollar is facing real changes after the generational 13-year bull market it’s been on, especially in the past nine years.

In the next two weeks, what we’re going to do is build the list of our TOP 10 highest-quality companies to own for the next seven-year business cycle and release our overviews of them one by one.

This is the time to build generational wealth.