POWELL IS EITHER DEAD WRONG OR A GENIUS!

For months now, the theme has been that the economy is heating up.

The notion that bond yields are going to keep rising and that the FED must tighten soon is flawed in the eyes of FED Chair Powell.

If he’s wrong, the gloom-and-doom crowd believes inflation will get out of hand.

I want to show you Powell’s arguments that inflation will not rise above the 2.2%-2.4%, where the FED wants it to be for the next few years, and then I’ll show you where Powell could be wrong.

WHY DISINFLATION IS LIKELY

It means that deficit spending and unsecured government debts are not going to cause a worst-case scenario, despite the in-your-face emotional rants of people who despise them.

If I think about twenty years ago, when people wanted to chat with a friend of theirs, while riding the bus, the SMS technology was expensive!

A text message used to cost a fortune. If I tried to live the same life I did twenty years ago, my life would be 50% cheaper than it is right now, so technology is driving prices down.

It is true that all fiat currencies in history have gone to zero, but it’s also misleading, since the population had ample time to exchange the old currency for the new one, before the old expired into nothingness. 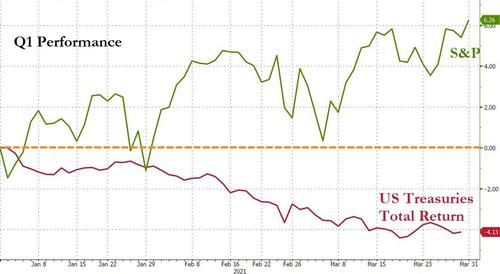 Bonds have clearly been a horrible asset to hold in 2021, but with the 10-year bond dishing out 1.714%, as I write this, get inside the head of a pension fund manager, with billions to deploy and a mandate that he must hold government bonds.

He looks at the available supply of bonds and sees that in Europe, every government will borrow from you, but none of them will pay anywhere near what Washington will and some might even charge you interest!

Inflation might not become a pressing issue, so don’t bank your livelihood on hyperinflation.

Instead, take baby steps and do what’s right for you today, with the available information at your disposal, not with some theory that 51 years after we’ve gone on the fiat currency system, suddenly everyone will treat it like a house of cards.