When I hear Hillary Clinton blaming other people of being agents of the Russian government, or when I see the time and effort devoted to finding the source of leaks and election meddling, it astounds me that America hasn’t figured out that the Russians are in love with the most reliable agent in human history, when it comes to taking down governments that abuse their population base in favor of their elites: GOLD.

The way to topple a ruling class that spits in the face of the common man is to take away their favorite tool, paper credit. 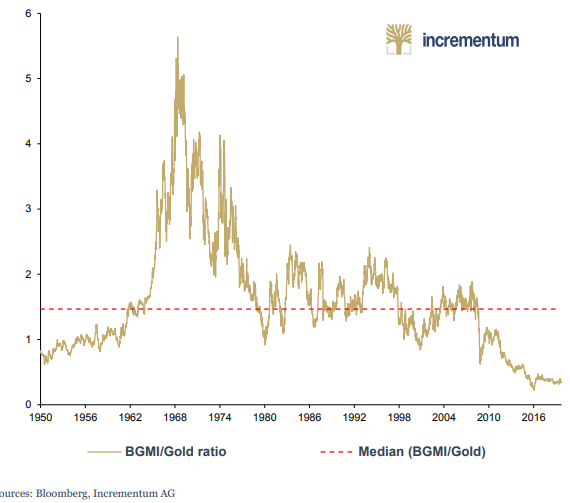 Investors know that gold is cheap when compared to the total currency supply, and it is when calculated against the S&P 500 and other metrics. But the actual companies – the miners – that bring supply to the global market are HISTORICALLY CHEAP.

As you can see, gold stocks experienced a bubble in the 1960s and in parts of the 1970s, maintained stability in the 1980s, 1990s and 2000s, but the introduction of QE programs and the peak in gold’s price in 2011 have brought about an era of such severe discounting that you’d have to go back to the 1950s to see something similar.

Obviously, history is clear on what’s next for mining shares when adjusted to gold prices: OVERPERFORMANCE.

That’s not the only exciting chart in the next 20 years. This one is ASTONISHING: 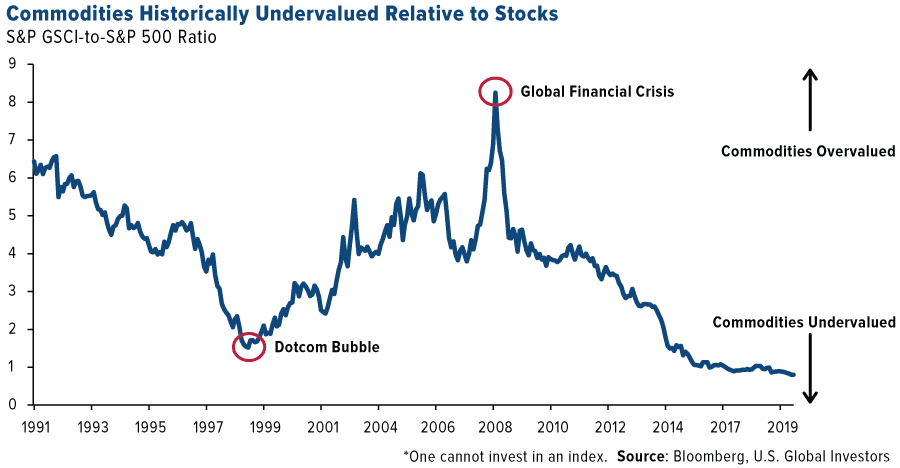 The entire commodity space has been wiped out by low rates. Capital-intensive businesses, such as mining, flourish when the economy is growing for real, and not on paper, as it has been for the past decade.

Tech is a much better investment when investors view the terrain as deflationary, as they have in the past 10 years.

But there’s no denying that, regardless of the precise timing of the bottom for this industry, value is there to be grabbed.

Look at this next one: 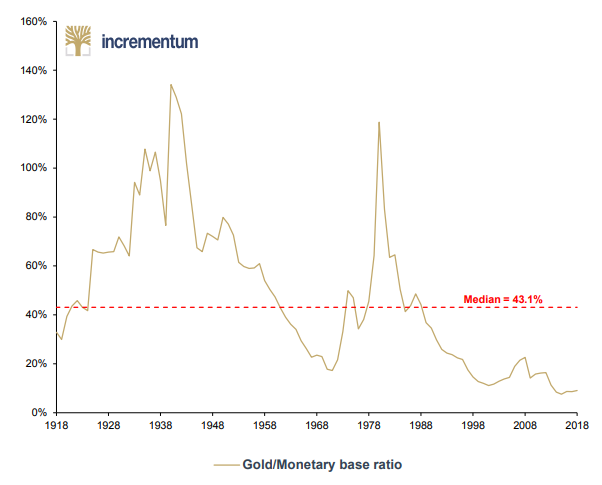 This chart goes back 100 years and shows that never have we had such loosely-backed currency, when judged by ounces of gold, covering the base money.

What Portfolio Wealth Global envisions is not a return to a classical gold standard, but a return to understanding its need as a monetary tool.

The ordinary man will not buy it and own it, as he did in previous centuries, but governments will. Russia is one of the leading buyers, dumping dollars every day. 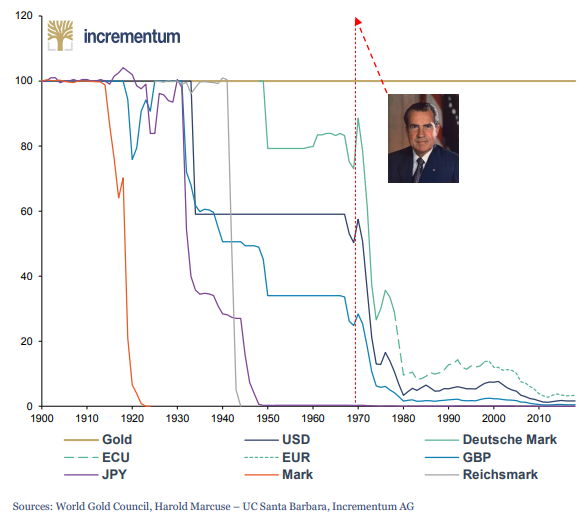 When you own gold, the main idea to keep in mind is that we’re not looking for anything crazy to happen.

What we do is just collect more of it all the time.

My wife’s grandfather saved in gold during wartime in Europe. He still owns those ounces today and will pass them on.

True, gold and silver don’t yield a return of cash flow, but they STORE wealth better than any savings mechanism.

Put 5%-10% of your net worth in them and you’ve taken a great step towards beating the system.