I’m 100% certain that the global economy could face a real moment of awakening in the coming crisis. Specifically, middle-class demographics around the world will get massacred. It bothers me to the core of my being that more Americans and Europeans don’t understand how the game is designed to skin them, exposing the flesh.

In 2008, the banks and Wall Street scum – the pinnacle of financial greed, the worst of the worst – decided not to trust each other’s balance sheets, and why would they? Do you trust these reckless lunatics?

Intraday bank credit, the oil that greases the wheels of global liquidity, came to a halt and investors smelled blood. In true capitalistic fashion, investors began to dump bank stocks and short these zombie banks.

The free markets told banking CEOs that they must make the choice: get their shit together or face a massive run on the bank.

But, due to their immense INCOMPETENCE, their performance was so bad, so unprofessional, that they put the entire global financial system – the one that billions of people trust that skilled individuals manage and operate – at risk of crumbling into nothing. The likelihood of a doomsday scenario seemed so real that Washington and the Federal Reserve decided that these institutions needed to be saved in order to restore trust.

You see, it’s all about trust. 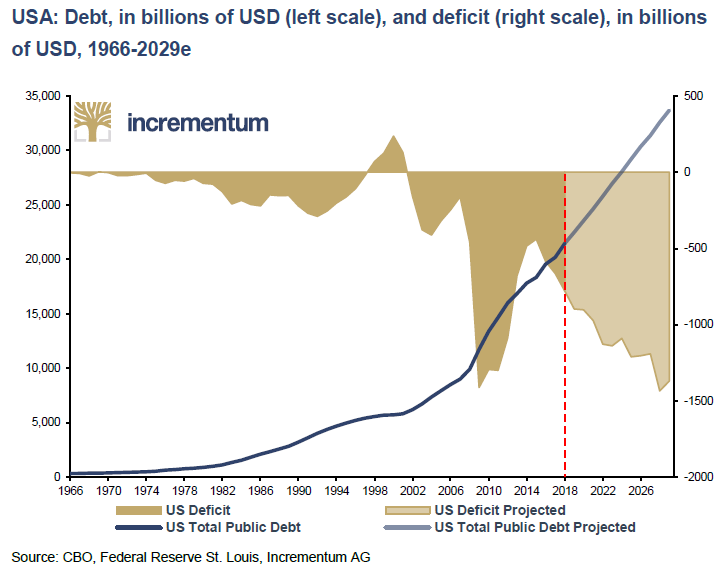 It still doesn’t sit well with me how the government did not stipulate the receipt of TARP funds and the bailout packages only to companies whose board of directors would boot the CEO out and sue him personally for damages, demanding he give back 5 years’ worth of salary.

What I know for a fact is that without the Constitution enforced upon politicians and bankers, the people will get what they ask for, BULLSHIT and CORRUPTION at the highest level.

There is no other entity that has a chart of deficit and debt that resembles the one above and is not facing bankruptcy court. The federal government is exhibiting accounting that is a joke; clowns managing the books.

The United States still has several things going for it, though, such as being a tech and e-commerce empire, but it has a societal plague of epic proportions called Reliance on the Nanny State.

Why on earth aren’t citizens rioting in the streets, like 2 million people (25% of the population) are doing right now in Hong Kong, protesting a law they didn’t view favorably? The answer is that Washington has a love-hate relationship with half of the country that gets aid from it. 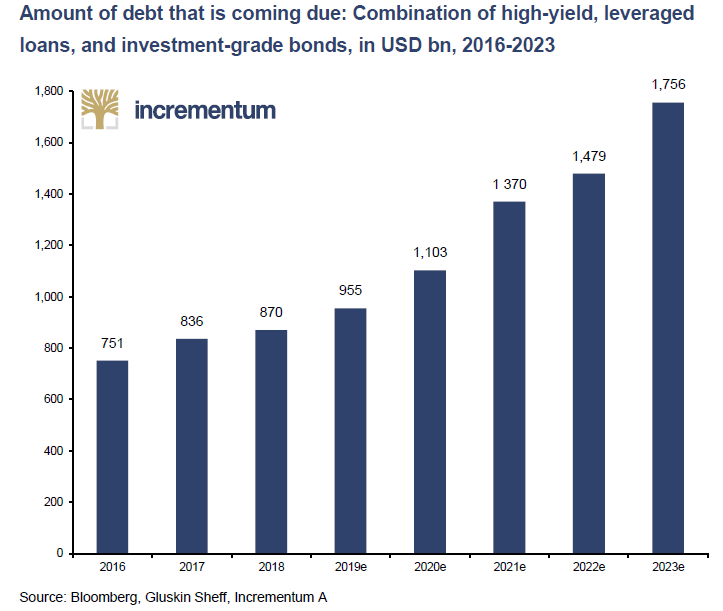 Any person who has ever applied for a mortgage knows that it is NOT the size of the loan that kills you, but the size of the monthly payment and the fear of having your debt come due.

In the next 4 years, the chickens are coming home to roost, as you can clearly see.

The amount of debt that’s building up is a direct result of low interest rates; it’s the most careless monetary policy ever to be implemented on a grand scale.

But, the U.S. government has not taken steps to counteract this increase in credit. The gold reserves/M0 ratio is so alarming that it is now literally as if it’s printed out of thin air. 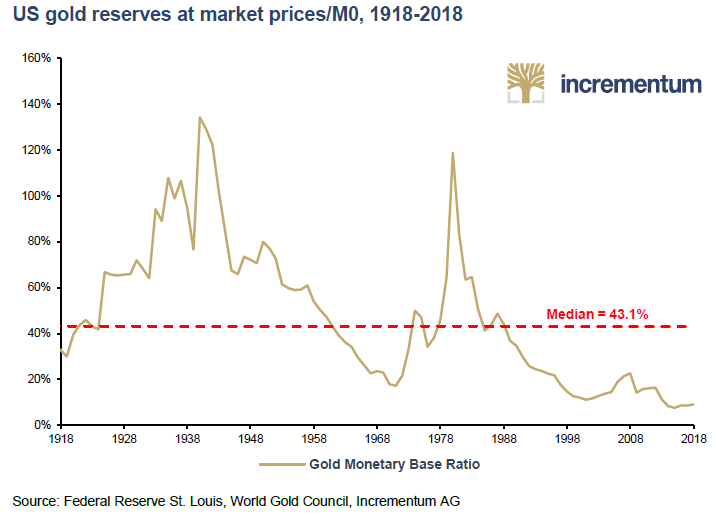 This Thursday, I’ll show exactly why Paul Tudor Jones, Stanley Druckenmiller, and Jeffrey Gundlach are all betting big on gold.

The fact is that the currency is backed by less gold reserves than it was in 1969, when the French Prime Minister, Charles De Gaulle, demanded an audit. Only now, the currency is not even officially backed on the global scene by ounces at a convertible fixed rate.

This puts the likelihood of a run on the dollar as imminent this time around.

It’s so bad that it must be done ON PURPOSE; the elite are making their checkmate move and are attempting to bring about a global catastrophe in order to introduce their objective, a one-world regime.

The chart used in today’s letter come from the “In Gold We Trust” report, which you can download HERE. On Sunday, we will release the interview we are about to conduct with managing partner of Incrementum AG, Roland-Peter Stoeferle, in which he’ll go over his bullish outlook for gold ownership.