I’ve talked about this subject many times, but given the immense changes, which will be enacted, effective immediately, I’ve chosen to address this matter once more, without delay.

Many, who do not inquire into the matter, nor study how the phenomenon of inflation is created, increased, or decreased, during a business cycle or a debt cycle, believe that rising raw material prices are the most basic determining factor in deciding what the retail customer ends up paying in the store.

True, raw materials play a part. The cost of wheat shapes the end price of a loaf of bread. Usually, raw materials make about 6%-15% of the final price.

What really plays the biggest part is human labor, the salaries that are paid to workers, along the supply chain. That, by itself, can alter the price of any product, service, or asset by many percentages.

Millions of minimum-wage workers across the U.S. are about to receive their first significant bump in pay since 2009.

All told, 10% of America’s workers, which amounts to over 15 million people, will see more money in their accounts, starting now.

Maine, Arizona, Colorado, Missouri, California, New York, Massachusetts and Washington State, are raising the minimum wage, up towards the $12 to $15 range.

As you know, half of the workers in America, some 70M people, make less than $35,000 annually. That’s not enough to enjoy middle-class lifestyles. In fact, it is a debt prison because the average family now has personal debts, 5-times the size of their annual intake.

Corporations, which will be paying, collectively, billions of extra dollars to their employees in salaries this year, will need to pass those increases to the end consumer, thus raising prices.

Minimum-wage personnel don’t buy homes, nor stocks or bonds. They buy STUFF, necessities, basic essentials, entertainment, occasionally, but for the most part, they stick with their needs.

Money velocity is mostly determined by lower-income demographic because the rich already spend as much as they want to. It is the poor, who see an increase with their discretionary income and spend it into the economy, causing inflation to rise on everyday items.

Inflation isn’t good for stocks or bonds, but it is IDEAL for natural resources companies, which supply minerals and elements that our society demands.

An increase in the spot price is instantly shown in the mining stock’ bottom-line. For resource stocks, nothing is better than seeing the underlying commodity in a bull market. 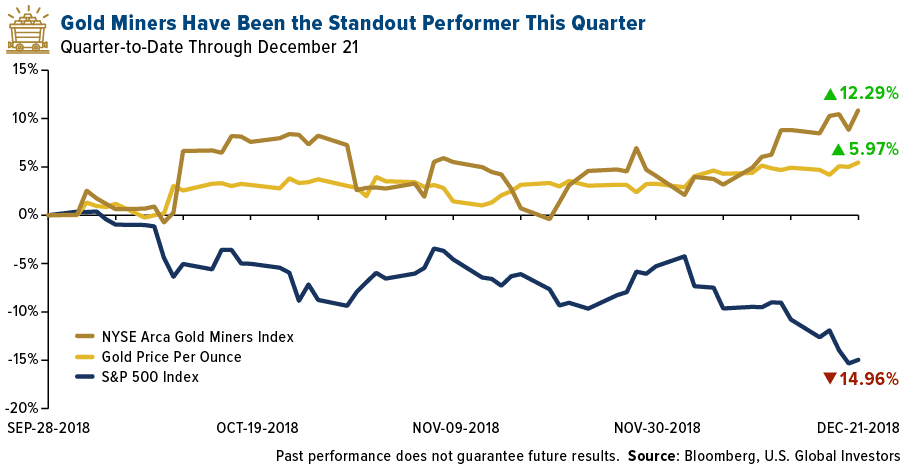 Smart Money is well aware of this. In fact, Ray Dalio’s fund has not only invested heavily into gold, but his LARGEST position is the Royal Bank of Canada, which is the country’s biggest banking institution and will benefit tremendously from a commodities bull market.

Tax-loss selling in the last two weeks of the year and fund-reshuffling processes has given us a moment of rarity, by allowing us to position in a stock that now trades for a CAD$136M market cap, while its flagship gold project alone is valued, anywhere from CAD$400M to CAD$800M, discounted for risks and delays.

Any way you look at it, all management needs to do is make sure it continues to advance the project, de-risking it and unlocking more of its unrealized potential, and shares could go nuts.

Better yet, if gold makes a modest 7% gain this year, going from today’s $1,278 up to $1,367, on the backs of higher inflation and the end of the Federal Reserve’s tightening period, this stock could blow the expectations of the analysts that cover it, who have given it an average price target of CAD$1.00 for it, though it trades for only CAD$0.245, as we speak.

The Federal Reserve’s need to raise rates is clashing with the citizenry’s needs to survive in the 21st century on minimum wages, which haven’t been bumped-up in close to a decade. The central bank has enriched the elite. Now, sound money, gold and silver, will account for this excess debt and currency creation.

I’m going to publish a full report on this stock, tomorrow at 07:30 AM CST.

2019 could be a repeat of 2016, especially since the USD was 2018’s best-performing asset, a RARE occurrence, only traceable to 1969, two years before it began its most insane devaluation decade ever.