The entire globe is divided into latitude and longitude, and while knowing where you are on the realm of north and south has been a relatively simple task to solve for thousands of years, after the discovery of the North Star, which is situated above the North Pole, figuring out where you are on the axis of east and west has perplexed humans for the same time.

This problem became critical to solve in the colonial era because ships got lost at sea carrying fortunes or on the way to their destination, causing loss of life and travesty.

After the royal family saw four ships hit the rocky shores of a group of isles resulting in the loss of some 2,000 sailors and crew, they ponied up a trophy to the tune of over $5,000,000 in today’s money to the person who could finally solve the problem of understanding the location and time at a given place.

Everyone wanted the prize, and a whole era of astronomers and scientists attempted to solve the problem, but it was a carpenter with a talent for clock-making who made a watch capable of perfect accuracy at sea that got the prize.

His innovative watch allowed British ships to dominate the seas and build the largest naval empire in the world at the time.

The offspring of his innovations became today’s GPS systems, which are able to pinpoint locations by triangulating the data from three converging satellites.

That level of accuracy is so crucial to our way of living that we couldn’t live without it.

Just as vital to our growth and well-being as having a sound currency system, so was John Harrison’s watch for the formation of marine journeys and GPS systems.

But, while the latitude and longitude are accurate and based on science, running a centralized currency regime is a delicate game of swaying public opinion and keeping faith in the stability of the medium of exchange high. 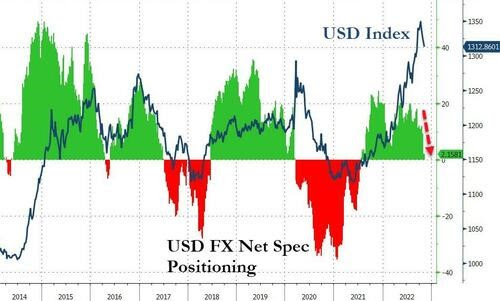 Once you really conduct due diligence on the CPI report, you realize that most of the items saw minimal to no inflation (and even deflation) and most of the 0.4% MoM read was due to rents going up significantly!

While that’s not good, it does mean that many parts of the economy have stopped suffering from high inflation levels.

Therefore, the dollar dropped hard since the risk of defaults, bankruptcies, and a recession with double-digit unemployment has been greatly diminished.

Why hold cash if the economy can grow again?

Since 1988, there have been only seven other sessions where the 60/40 portfolio rose more than 3%, all happening during the 2008 and 2020 recessions. Thursday was a huge short squeeze, and the key question is whether or not that was all it was. 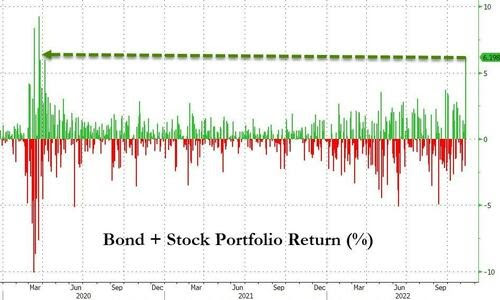 Now what? The first big catalyst for silver has occurred. If the playbook isn’t a recession, we will see a strong dollar and higher bond yields, and the rotation towards silver, the most inversely correlated commodity to the dollar, IS HUGE!

Assuming December’s CPI report is encouraging again, I wouldn’t be surprised if silver rallies by 33% in the next 12 months and hits $30/ounce.