One of my good friends is my skiing buddy, but this year, he isn’t going anywhere. His wife is expecting and is due in mid-January, so they’re not going to travel, certainly not by airplane.

He is bummed about it, but with the way technology is advancing, in just a few years, he could be using the Metaverse to join me on my vacation and even hit the slopes with me and have a beer on the sun deck after we get tired.

The Metaverse is the next step in merging, as much and as efficiently as possible, the infinite availabilities of augmented reality and endless imagination with the finite and limited physical universe.

Many are critics of it and question its importance, the hype around it and the many issues of user-safety and privacy.

You may be for it or you may be against it or just don’t understand it, but I can tell you that not only will it be a major global industry, but also a massive part of our future.

If you are like me and don’t yet realize the scope of this next wave of the internet, understand that younger generations already spend many hours in the virtual / Metaverse realm.

Fortnite has reported that a collective (sit down for this one) 1.4 million years have been spent playing their game (I’ve never played a computer game in my life, by the way).

Travis Scott performed in front of 27 million attendees, inside of Fortnite, during the pandemic.

9.7 billion hours have been spent on Roblox!

So, what are the industries and categories that could be disrupted?

Instead of creating a Zoom meeting, one will be able to “rent” a kickass underwater office space in the Maldives, where the CEO, developers and other invitees could log in and discuss the issues on the agenda, as if everyone was there in real life.

2. Fun: Imagine meeting family members and friends who live hours away or even
oceans away in a setting of your choice.

Instead of sitting in front of the TV with your spouse, why not climb Mount Everest on your weekly date?

The market seems to agree, pricing hikes as early as June 2022. 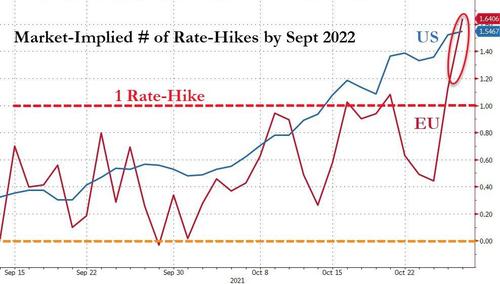 You can see that they’ve spent any excess savings they had, in anticipation of a fresh dose of free money, funded by deficits piled on the backs of their children and grandchildren.

Savings are down to pre-Covid-19 levels! What a lesson in American behavior. 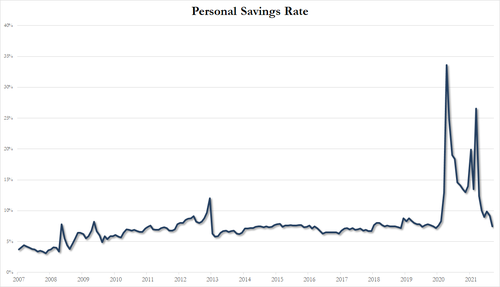 Lastly, let’s put the final nail in the transitory inflation coffin with numbers from the latest PCE Deflator, the FED’s go-to measure:

The last time it was this high was in 1991, exactly three decades ago.

There are so many similarities between 2021 and 1991 and this is just one of them.

I believe that the amazing boom we witnessed in the 1990s is about to happen once more! 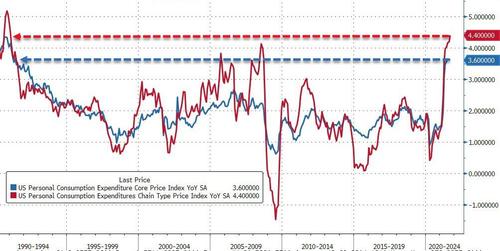 Open your eyes and enter this new economy with an open mind. Fortunes have already been made, and you can be wealthy by delivering value to these disruptive industries.