THE WORST IS YET TO COME!

I searched And It’s Not There

I’ve seen some horror movies in my life; Hollywood is pretty good at putting together frightening films that leave you at the edge of your seat, screaming in the cinema and having nightmares later. As a kid, watching some of these was terrifying, but nothing Hollywood can throw at me is as real and spooky as the realization that the financial crisis of 2008 is nothing compared to the risks that governments are assuming by issuing bonds they can never repay, as well as the chances lenders are taking by thinking that sovereign loans will always be paid in full.

The idea that deficits don’t matter is as insane as the madness of credit default swaps in the days of AIG; they allow governments to continue spending, without austerity, since it is justified by some professors and lawmakers, or by economic academics. But I can tell you that even though we haven’t seen the default rates accelerate yet, the danger to all of us is actually rising.

Between 2003 and 2007, the International Monetary Fund’s chief economist was an Indian-born named Raghuram Rajan. Famously, several years before the banking system came tumbling down, he spoke at the Jackson Hole Symposium, the most elite gathering for central banks (which will be held virtually this year).

In attendance, apart from Alan Greenspan and Ben Bernanke, were Larry Summers and other financial terrorists, who have never been held accountable for their multitrillion-dollar mistakes and negligence.

Raghuram, using a lengthy thesis paper he had been working on for several years, showed central bankers how employees that are being paid to take risks would lead to disaster.

As late as 2007, the head of AIG was heard saying in the company’s quarterly earnings calls that he didn’t see how any of AIG’s practices (which were the riskiest I’d ever seen) would lead to even “$1 in losses,” but they did!

They led to hundreds of billions in losses.

What will take down this giant debt-filled house of cards are not higher interest rates, but lack of trust among governments, just as it was loss of faith between the banks that made that system crumble. Once the political will to financially massacre another country’s national debt ballon is there, it’s game over. 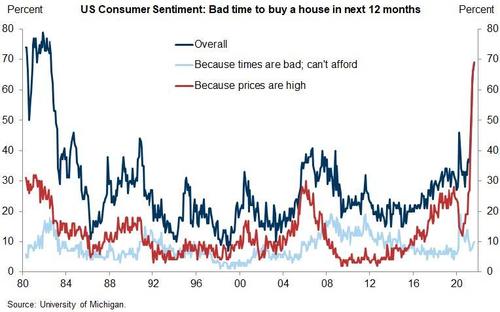 As you can see, consumers already sense this; they understand something is completely distorted in the housing market, for one. I believe they understand that politicians will continue spending, since their personal liability is zero.

They’re not on the hook for any of it!

​I can also see clear signs of distress everywhere:

Do not dismiss this anomaly: 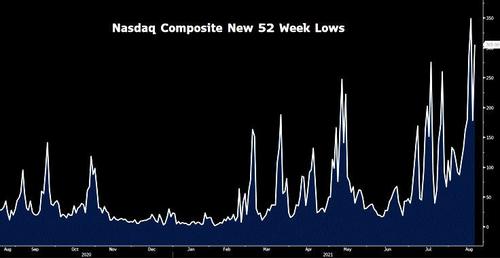 This is, to many, a clear sign of immediate and imminent danger, but my 2ndreason to be careful is even more crucial:

This means that millennials are now in search of lost fortunes and will be looking to take even bigger risks, in order to recoup the losses.

I’m deeply concerned. The markets could get ugly, fast.

We are not securities dealers or brokers, investment advisers or financial advisers, and you should not rely on the information herein as investment advice. We are a marketing company and are paid advertisers. If you are seeking personal investment advice, please contact a qualified and registered broker, investment adviser or financial adviser. You should not make any investment decisions based on our communications. Examples that we provide of share price increases pertaining to a particular Issuer from one referenced date to another represent an arbitrarily chosen time period and are no indication whatsoever of future stock prices for that Issuer and are of no predictive value. Our stock profiles are intended to highlight certain companies for your further investigation; they are not stock recommendations or constitute an offer or sale of the referenced securities. The securities issued by the companies we profile should be considered high risk; if you do invest despite these warnings, you may lose your entire investment. Please do your own research before investing, including reading the companies’ SEDAR and SEC filings, press releases, and risk disclosures. It is our policy that information contained in this profile was provided by the company, extracted from SEDAR and SEC filings, company websites, and other publicly available sources. We believe the sources and information are accurate and reliable but we cannot guarantee it.Please read our full disclaimer at PortfolioWealthGlobal.com/disclaimer​