What I really don’t like about the present situation is the Federal Reserve’s decision to pause, but I can totally understand where they’re coming from. For 10 years, central banks have been labeled humanity’s worst nightmare, all while the strategy they’ve been executing enriches the few at the expense of the multitude.

In other words, all the major media outlets have avoided criticizing the institution because the corporations that own mainstream media are benefiting from low interest rates and easy credit.

It’s the same in every country – the Deep State calls the shots. You rarely see a FED hater on the news, and when you do, the hosts gang-up on him. 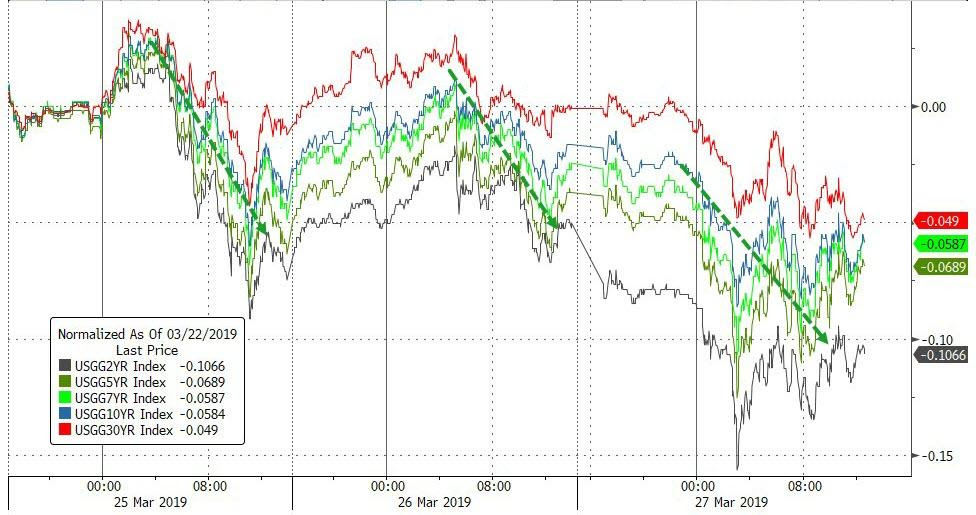 As we’ve written before, there has never been a FED pause which then resumed with further hikes – and the bond market is not anticipating one this time around.

The FED would love to sneak 2-3 additional hikes in there without causing market commotion, but December’s mini-bear market has really got them shivering.

The QE programs and the central bank manipulations have kicked the can down the road, but this is not the time to pause anything; it is time to SOLVE and make tough decisions. 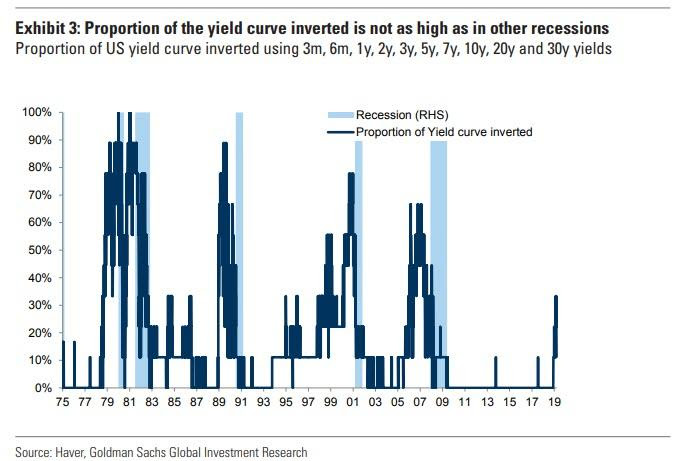 We’ve been covering the yield curve flattening and inversion, but keep in mind that this has been the most BORING bull market in history, with regards to its popularity. Until today, people don’t believe the rally that started 10 years ago. It is also the most boring yield inversion to date, as you can see, with far lower proportions, thus far.

This is why the FED is pausing. It is why investors are puzzled. It is why hedge funds are underperforming; conditions are downright confusing.

Investors have turned bearish and have run for the exits at the first sign of trouble during this bull market. 2008 is still engrained in the psyche of most, which, consequently, has kept a lid on the euphoria.

But it looks like we’re hitting the tipping point.

The insanity coming from the central bankers’ mouths regarding the need to push inflation higher at all costs is frightening.

Portfolio Wealth Global does not view the USD as a currency that will experience a Venezuela-type shock. We do see the world moving rapidly away from it, but it’s a process.

Inside the tiny mustard seed lies the DNA of a fully-grown tree. The smallest seed has within itself the potential of a massive bush, but not without much time passing by.

Processes take time, though they are very evident to all. The dollar has finished its role as reserve currency. Everyone understands it. The DNA of a new system lies in the minds of us all, but it takes time before turning into reality. Use your next vacation to visit Asia; explore China or India, and you’ll realize that the U.S. is a magical place, but it’s past its prime as dominator.

Just 5% of the world’s population resides in it. Demographically, it is projected to grow very slowly. The East is also slowing in growth, but not in potential. The fastest growing region is actually Africa, while Europe is indeed shrinking.

It’s such an incredible time to be alive. Humans have cracked so much of nature’s secrets and powers. As I write this, I have friends who are vacationing in Antarctica. Others are running multimillion-dollar businesses from wherever they choose to, leveraging the power of the internet to manage home-based enterprises.

People are exploring the planet and preparing to travel outside of it. Truly, this is a unique leap in technology that the 20th and 21st centuries have brought about, but some things haven’t evolved.

Greed and fear, though, still cause people in positions of control to make horrific mistakes and to live like caveman and barbarians.

It’s getting harder to gain the edge in the market and everywhere else. Develop yourself daily. There is no static in this world. You’re either moving forward or detracting every single day, hour, minute, and second.

Keep being a leader; stave off doubts and bring about results, not excuses like most have.

There will be no time for those when this system crumbles.