Its strength was nearly 1000x that of the Hiroshima bomb, yet you’ve probably never heard of it. The Tunguska event was a massive 12-megaton explosion that occurred near the Tunguska River in Russia, on the morning of June 30, 1908.

The reason you don’t study this in the history books is that the explosion was luckily made over the sparsely populated Eastern Siberian Taiga.

It literally flattened an estimated 80 million trees over an area of 2,150 square kilometers of forest. Estimations are that a meteor, with a diameter between 50 and 60 meters had disintegrated in mid-air.

The Tunguska event is the largest impact event on Earth in recorded history.

You’d think you’d know about such a thing, but because the human casualty count is officially three and the only other victims were trees and reindeer, the impact area, which is the size of Manhattan, did not leave its mark on recorded history that much.

Had this very meteor hit an area with greater population density, it would be known as one of the greatest travesties of all time!

To give you an idea of just how powerful it was, the blast created an earthquake that registered a five on the Richter scale, with reports of cities as far as London noticing the event.

As humans, we assume that if something is made into a big deal, it’s important, and if something isn’t, well, then we can forget about it – but that’s erroneous thinking.

In fact, anyone who has heard about Bitcoin below $10,000/coin and heard Warren Buffett, Charlie Munger and other billionaires dismiss the idea or brush it off, was probably deterred from buying and lost a bloody fortune.

Bitcoin has changed the world, but because of its grassroots movement origins, most didn’t participate in its ascent to become one of the world’s most important asset classes.

If you’re ever tempted again to dismiss an idea, just because it hasn’t been made into a big deal, think again!

Huge meteors are rare, but don’t miss them, when they do happen.

One such “meteor” was Covid-19, and the fiscal and monetary response to it:

S&P has recorded 58 new all-time highs this year, which makes it one of the most celebrated years in market history.

It’s easy to imagine lots of profit-taking happening in the weeks and months ahead, another reason that Portfolio Wealth Global is ultra-bullish on precious metals, which tend to perform better when there’s less competition for your investing dollars.

Everything has gone so well for the average guy this year with stocks, and when it didn’t, then cryptocurrencies were hot.

My point is that for the average guy to consistently win, someone has to bid up prices of assets, and for that to happen, there needs to be a willingness to pay higher prices.

One thing that differentiates the retail public from institutions is that they don’t have to invest; they can take the money they’ve made (their score) and fund their lifestyle with it: a house, furniture, medical bills, vacations, cars, a new baby and college tuition.

We believe billions of dollars in unrealized profits will be sold in the coming months and will exit the stock market and enter the real economy. 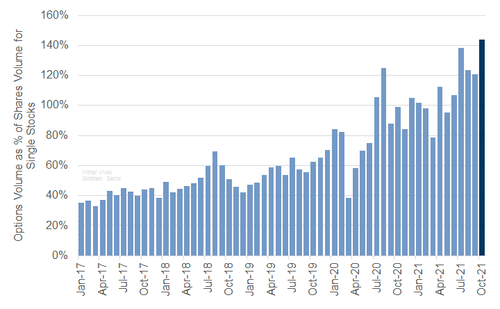 The public has been wise to enjoy the boom and has been far savvier than at other times. It will probably continue to exemplify frugality and cash out soon!

In 2021, they’ve used leverage to maximize gains and in 2022, they’ll probably go back to the real economy.

As they do, and as inflationary pressures ease, the price of gold and silver will surge as the FED’s aggressive tone retreats and eases.