This past week, I went to see the movie The Courier. It is based on the true story of a Cold War operation to recruit one of the USSR’s chief people in their nuclear program. The CIA and the British Intelligence (SIS) persuade an ordinary businessman that transacts in the Eastern Bloc to make contact with Oleg Penkovsky, who was a colonel with the GRU, which is the Soviet military intelligence.

Penkovsky was the highest-ranking Soviet official to provide intelligence to the Americans in his day and was instrumental in making America aware that Cuba was becoming a nuclear launch site. He was arrested by the Soviets in October 1962, then tried and executed the following year.

In his own country, he was condemned as a traitor, but for the world as a whole, he is one of the unsung heroes of the 20th century, and one of the chief reasons that nuclear war was averted.

This era of human history, that of WW1, WW2 and the Cold War, with the climax of the Cuba Missile Crisis, when the human race was closest to utter ruin, was filled with so much pain that our modern period of prosperity should be rightly appreciated.

This era of human history, that of WW1, WW2 and the Cold War, with the climax of the Cuba Missile Crisis, when the human race was closest to utter ruin, was filled with so much pain that our modern period of prosperity should be rightly appreciated.

We have companies working on a kinetic energy launchpad system, where satellites would be sent to space without chemical fuels and for costs below $1,000,000, nearly 95% below its current expense.

A vacuum-sealed centrifuge, spinning at speeds of 5,000 MPH, would do the work without much harm to the environment.

Scientists are also working on the commercial development of graphene, a revolutionary type of carbon-inspired material, which conducts electricity better than copper, is 200-times stronger than steel, yet six-times lighter and impermeable to gas.

The GPS3 system is also in its final stages of application and will be stronger, more accurate and operate nearly everywhere, including when you’re in remote locations.

We’re in an innovation paradise era and should not take this lightly.

At the same time, the world’s empire in the past 100 years is challenged by China and it won’t be long until they’re top dog.

The warning bells are sounding the alarm and the sirens are going off, because tensions are brewing on the international stage, so the need for making sure we have a back-up plan to the dollar standard is crucial.

We hold physical gold, among other alternatives, and are quite certain the time for a major breakout is imminent, as we’ve tested big support levels for the 3rd time and haven’t broken down! 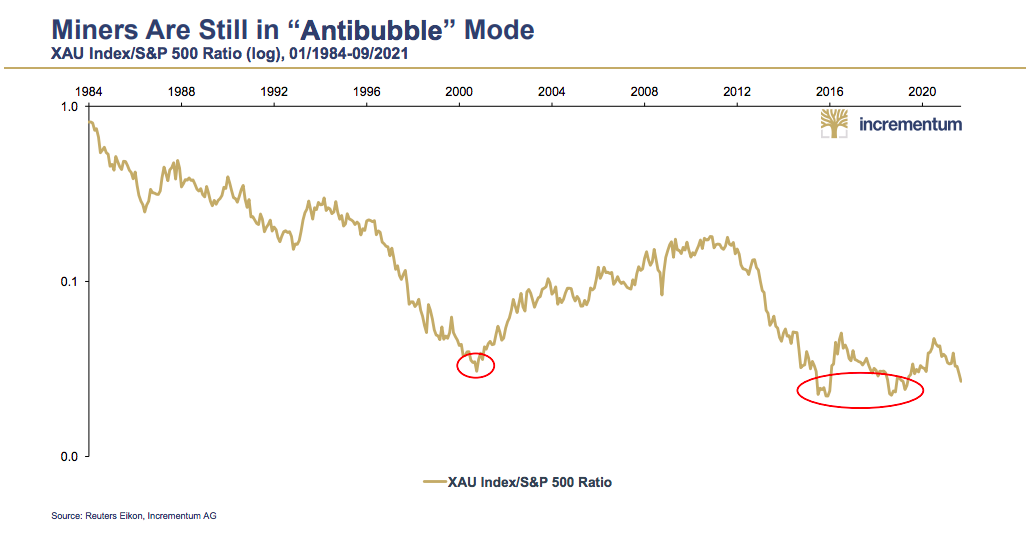 The gold sector is as cheap today as it was before its most epic bull market in history!

This could begin effective immediately.